Has the meeting of the two superpowers done anything to tame China's territorial appetite in the South China Sea?

Washington has realised that what is at stake in the region isn’t only the South China Sea, but the very credibility of the American pivot to Asia strategy, Richard Heydarian writes.

“The vast Pacific Ocean has enough space for two large countries like the United States and China,” claimed Chinese President XI Jinping back in 2013, when he was obviously relishing an informal and exclusive getaway with his American counterpart in Sunnylands estate in California. Reinforcing suspicions that the Chinese leader was calling for a de facto Sino-American co-dominion in the Pacific Ocean, Xi explicitly advocated for a for a “new model of great power relations.”

The meeting in itself was historic, since American presidents normally reserve such intimate exchanges for the most trusted and influential allies, who have stood by Washington through thick and thin. Think of Japanese Prime Minister Junichiro Koizumi’s 2006 sojourn with George W Bush in Graceland, symbolizing America’s gratitude for Japanese assistance at the height of the Global War on Terror, to the British prime minister David Cameron’s rendezvous with the Obama family six years later.

Framing its relations with China as “the most important bilateral relationship in the world,” the Obama administration went out of its way to establish rapport between President Obama and China’s newly-installed paramount leader. For sure, however, America’s allies and partners in Asia — particularly the Philippines and Japan, which have been caught in bitter maritime disputes with China — wrestled with lingering fears that the two superpowers were exploring a new modus vivendi in East Asia at the expense of smaller powers.

To be fair, the Sunnylands meeting paved the way for more robust bilateral defense dialogue, the blueprint of a Sino-American climate pact, negotiations over rules of the road in cyber-espionage, and establishment of confidence-building measures between Chinese and American armed forces in the Pacific. But it demonstrably fell short of taming China’s territorial appetite in international waters such as the South China Sea.

Since December 2013, China has artificially reclaimed about 2,900 acres of land in the contested Spratly island chain, which overlaps with the Exclusive Economic Zones (EEZ) and continental shelves of the Philippines, Malaysia, Vietnam, and Brunei. China hasn’t been only creating facts on the ground, but it has also rapidly built up a sprawling network of military facilities and airstrips, which enable Beijing not to only intimidate smaller claimant states, but to also impose restrictions on freedom of navigation and overflight across the area. 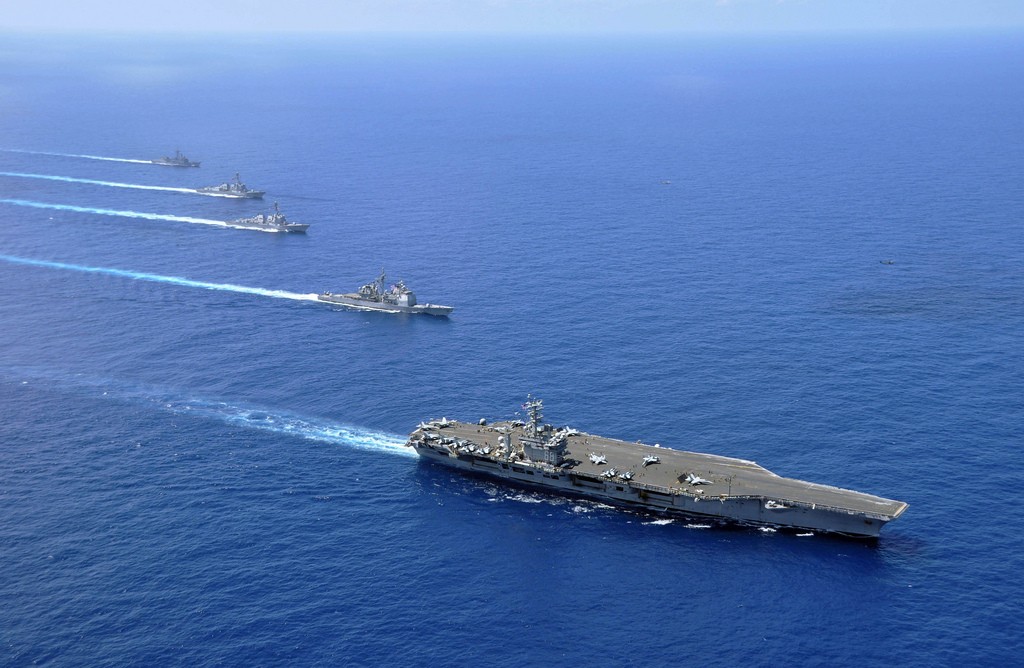 In contravention of international law, China has been transforming low-tide elevations (LTEs) within other countries EEZs into full-fledged artificial islands, while stepping up efforts at restricting reconnaissance and resupply missions by American allies such as the Philippines in the area. In response, the United States has conducted freedom of navigation operations close to China’s artificially-created/expanded land features, but it has stepped short of piercing into their 12 nautical miles radius since 2012.

So when Xi Jinping embarked on his first state visit to the United State this year, America’s allies in Asia tried to decipher any sign of wavering American commitment to keep China honest.  Though the Obama-Xi summit mainly focused on primarily bilateral concerns, from cybersecurity to trade and investment spats, the South China Sea disputes were not completely brushed aside.

To avoid any accidental collisions among armed forces, the two sides built on the Memorandum of Understanding (MOU) of an earlier agreement, signed on the sidelines of the 2014 APEC Summit in Beijing, on rules of behavior for safe military encounters at air and sea. This is arguably among the chief achievements of the summit, since it reduces the probability for unwanted escalation, especially in light of China’s growing military assertiveness in near seas.

To the delight of its allies, Obama conveyed “significant concerns over land reclamation, construction and the militarization of disputed areas”, openly accusing Beijing of escalating the territorial disputes in the area. To assuage international concerns over China’s construction bonanza in the South China Sea, Xi claimed the reclamation endeavor “does not target or impact any country” and they don’t reflect an “intention to militarize” the disputes.

An optimistic interpretation would suggest that China, at the very least, will (temporarily) shun the imposition of an Air Defense Identification Zone (ADIZ) in the area and delay the deployment of advanced military assets to its artificial islands in the Spratlys. Allies have also been encouraged by reports that the Pentagon is preparing to launch freedom of navigation operations into the 12 nautical miles radius of China’s artificially-created islands. This will, if ever implemented, constitute a direct rebuke of China’s efforts to (illegally) project sovereign rights and maritime entitlements from features that were originally low tide elevations (LTEs).

Seemingly, Washington has realised that what is at stake isn’t only freedom of navigation and key Sea Lines of Communications such as the South China Sea, but the very credibility of the American pivot to Asia strategy, which is supposed to be the cornerstone of the Obama administration’s foreign policy legacy.   American pushback could very well convince China to contemplate a (temporary) recalibration of its maritime assertiveness, especially as we draw closer to the ASEAN and APEC summits.

Richard J Heydarian is an academic, policy adviser, and author and the author of Asia’s New Battlefield: US, China, and the Struggle for Western Pacific.