Copyright rewards creation, respects the rights of creators and is important for the future of society, communication, and creative endeavour. We need to protect it, argues Kim Williams.

I recently launched an important new book, Copyfight, which addresses a vital component to an effective future for original Australian creation: the respect for and protection of copyright.

The book describes a vulnerability in our current environment which is characterised increasingly by technology romance on one hand and technology determinism on the other. These views abound on the Internet from both selfish ill-informed users to many of the commercial proponents of carriage and search. Too often these groups’ notions of so-called ‘rights’ assume a ‘licence to steal’ and myriad other mangled notions of law and its application.

Regrettably precious little reasoned response has been in evidence from our national parliament until relatively recently when the Government introduced legislation targeting overseas websites whose main purpose is to allow people to steal creative works.

A similar mechanism to block websites was recently granted to the British Publishers Association to take down infringing sites distributing millions of ebooks. These sites earn money for themselves through referral fees and advertising but the content creators earn nothing.

Digital change provides the central theme to what I would term ‘the new normal’ in society today – one which demands reimagined responses.

As is pointed out by numerous contemporary commentators, the notion of periods of stability and static movement followed by modest incremental change or bursts of invention have gone. The evidence of this is everywhere.

We see it in the changing consumption and interaction habits driven by digital technology around us. Think of how you graze the world and buy things now compared with your parents. Imagine what will happen with cars, real estate, retail, health, finance or insurance before we even enter into discussions of entertainment, culture, education or politics. In 15 years’ time, each will have little resemblance with today. 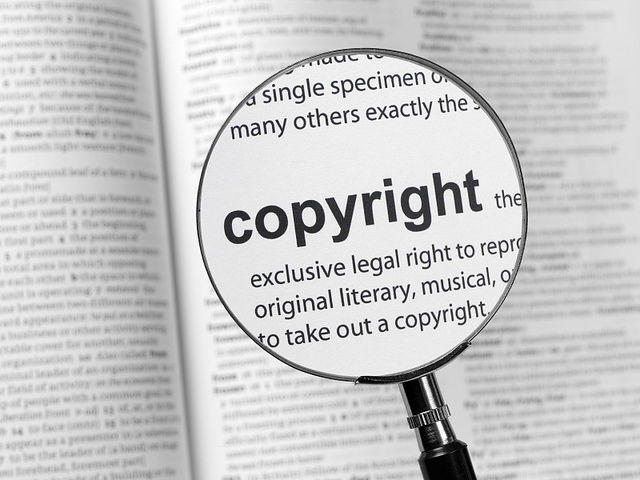 Whilst it is easy for us to feel outrage and to be justifiably distressed, the rights holders also carry a responsibility. They have not managed the necessary defences coherently and persuasively so as to adapt to the digital world, adopting new methods of delivery and exchange with appropriate changes in law, access, behaviour and enforcement so as to ensure sustainable outcomes.

Piracy is a word I increasingly detest and believe should be expunged from the copyright vocabulary. It is way too rich with imagery associated with political persecution, the Jolly Roger, parrots on shoulders and hook hand devices and phrases like – “C’mon me hearties “ – we should call it out over and over as theft. Where, in the unique instance of intellectual property, theft is rarely if ever, properly punished.

I’m not talking about punishing some parent for putting a video of their child singing a pop song on YouTube. This is about serious theft, such as the well-publicised global downloads of one of the most popular shows in history, Game of Thrones or as importantly, numerous fine Australian productions.

Why do the websites facilitating this behaviour get to make money from it but the creators lose money? Why are so many people comfortable justifying their theft and blaming others for their poor behaviour?

Currently it’s fashionable to assert that copyright is outmoded and inadequate in dealing with a digital world and should therefore be seen as incompatible with digital life and consumption.

The ‘copyleft‘ have been described as the equivalent of ‘anarchist flamethrowers’ or academics who have no fundamental reliance on personal revenue from their published work and are therefore free to opine aggressively as to how all should be available at minimal or no charge as a fundamental information right.

Oddly, part of the challenge in copyright is to get decision-makers to ask the right questions  and, at the Copyright Agency, we would suggest that questions such as “How do you reduce the business costs of great successful enterprises like Google, Apple, Microsoft, Yahoo or Amazon?” is not the right question.

Online theft hurts all of those working in our creative economy, not just writers, but actors, filmmakers, photographers, publishers, musicians, and all the myriad other roles from key creators such as special effects and all manner of design disciplines across many fields through support roles in such diverse things from bookshops through printing plants, transport, catering and set construction.

The author John Birmingham puts it eloquently in Copyfight: “in an increasingly globalised, digitised and mediated world, authors are the people who create an intelligible conversation out of the anarchy, dissonance and babble”. He continues that “copyright is the mechanism our society has invented for ensuring that authors are rewarded for their creativity and are encouraged to continue creating.”

We all have skin in this game – we need to protect copyright, not only because it rewards creation and respects the rights of creators but also because it is a fundamental element in the necessary range of skillsets and ethical principles central to ‘digital citizenship’ which is core to the future of society, communication and creative endeavour in so many ways.

Copyfight, edited by Phillippa McGuinness is available from NewSouth Publishing.

Kim Williams will give a talk about copyright at the Melbourne Writers Festival on Friday 21 August: http://mwf.com.au/session/media-makers-copyright-in-the-digital-age/

Kim Williams AM is a Director at Copyright Agency | Viscopy. He is a former CEO of NewsCorp Australia, FOXTEL, Fox Studios Australia, the Australian Film Commission, Southern Star Entertainment and Musica Viva Australia.