Own it to know it

Affordable housing is getting further from the reach of low to middle income Australians. Is it time to rethink policy?

Recently the Australian Treasurer, Joe Hockey, drew the ire of economists and commentators across Australia with his comments that “If housing were unaffordable in Sydney, no one would be buying it,” and to get one, first home buyers should “get a good job that pays good money” .

In doing so he seemed to display some ignorance about housing affordability, especially in Australia’s two largest cities, Sydney and Melbourne. Median house prices in Sydney are now $914,056 nearly double that of Brisbane at $484,000 and nearly $300,000 (the cost of a house in Hobart) higher than Melbourne at $638,000.

Australia’s average weekly total earnings are $1,128.90 or $58,838.26 per year and the median house price to income ratio – the measure of median housing price in comparison to median income – is now 6.4 compared to 3.6 in the United States and 4.7 in the United Kingdom.

The Treasurer’s understanding of the market was also displayed in regard to who purchases housing in Australia, where the level of investor buying has now exceeded the number of purchases for occupation. He also said the solution was to encourage more supply, but for whom and in which markets?

He didn’t seem to understand the anger and frustration being experienced by would-be home owners, but even they don’t suffer half as much as the low income households they displace, as they rent down in their desperation to save the growing deposit gap. 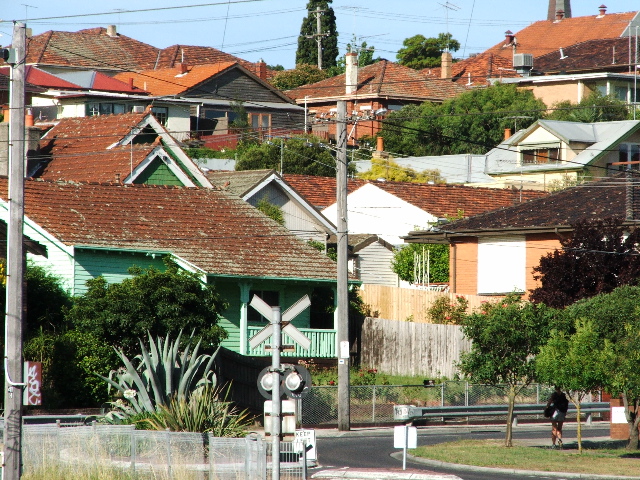 Treasurer Hockey was right in one respect, that the solution is to build more supply, but it is a more nuanced problem than that. Australia has a supply shortfall and even though the last 18 months has seen a growth in new supply, with 180,000 new starts in 2014, and a similar number forecast for 2015, we may still not be reducing the gap between population growth requirements and new supply.

The greatest problem is also often ignored, and that is the affordability problem in Australia’s rental market. Now in its sixth year, the 2015 Anglicare Australia Rental Affordability Snapshot report shows that affordable housing is still very much out of reach for people living on low incomes. The Snapshot shows that of the more than 65,500 properties assessed for suitability, there were less than 1 per cent available for people living on allowances.

Australia’s housing consumption patterns have also changed. We are now consuming less per population than a decade ago, no doubt driven by higher prices, despite demographic data pushing in the other direction. We still have a shortage of affordable rental of over 500,000 properties affordable by and available to the bottom 40 per cent of households.

So what Joe Hockey has not addressed is that for the average working household, property is too expensive, especially in Sydney; hundreds of thousands of people are dedicated to their professions and won’t just get a better job, the better jobs aren’t there anyway, and not just any kind of supply will do. What we need is specific supply of affordable rental properties, especially for low and moderate income households.

We need some kind of National Rental Affordability Scheme, but oh, we just axed one! This is the real problem, our government doesn’t recognise we have an issue, believes markets are perfect, self correcting systems (market magic) which don’t need government intervention even when governments have intervened for the worst in the past.

You need to own the problem to start to fix it.

On the weekend I was in a conversation with a couple who have just moved here from the UK. Greg is working here as a tax investigator and observed that he couldn’t believe his good fortune when looking to invest in housing in Australia.

“I can write off my losses against any source of income (‘I could even invest in the UK and write off the losses here,’ he whispered as if in conspiracy). If I invest in new property and don’t earn any rent from it, the government will write me a cheque against depreciation allowances, and then if I make a profit over time I only pay capital gains tax on half! Brilliant for me but stupid for the country,” he observed. “Does Australia actually have a housing policy?” he asked. “Not really,” I was forced to reply.

If Greg gets it after being here less than a year, how come Joe Hockey, an ex real estate agent, doesn’t publicly demonstrate an understanding of our housing markets, or the typical incomes of Australian households?