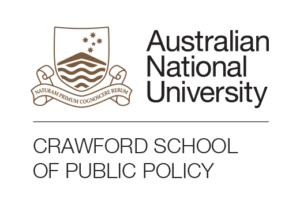 Crawford School of Public Policy at The Australian National University is Asia and the Pacific’s leading graduate public policy school.

Staff and students at the School play an essential role in shaping public policy through research, education and policy engagement.

Crawford School is home to some of the region’s most important researchers and many staff are active on government committees and in key advisory roles across government, business and civil society. Students at the School are valued members of the region’s leading public policy community and contribute actively to the impact being made on the world’s challenges surrounding such issues as water, food, energy, economic development, the environment, and governance.

ANU College of Asia and the Pacific

Throughout its history, the College has prided itself on its teaching expertise and academic excellence. Notable current and former staff members include:

Today, the College hosts the largest number of regional experts and specialist academic programs in the English-speaking world, and plays a vital role in informing public policy and Australia’s intellectual engagement with the societies, cultures and economies of Asia and the Pacific. The ANU Library also holds one of the best Asian collections in the world. Although the College remains unique for its regional focus, it also has an unwavering commitment to disciplinary strength, particularly in political science, economics, history, anthropology, law, archaeology and linguistics, with an enviable international standing across all these disciplines.

With the College’s focus on Asia and the Pacific more relevant now than ever, ANU is indisputably the best place to prepare the next generation of regional specialists for the challenges of the Asian century. 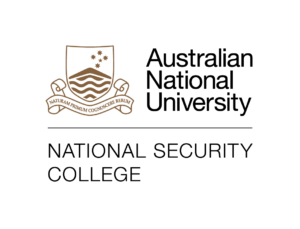 The National Security College is unique. As a joint initiative of the Australian Government and the Australian National University (ANU), we are singularly placed at the nexus of policymaking and the advancement of knowledge.

The College is a specialist graduate studies school at ANU, providing academic programs, professional courses, research, dialogue and ideas to improve the quality of national security policy and practice. It bridges academia, government and business to develop a new generation of strategic thinkers. The NSC is proud to enhance the role of ANU as a strategic endowment supporting evidence-based policy thinking for the nation’s future.

The NSC has a track record of cultivating new generations of security thinkers and enhancing the credentials and opportunities of students wanting to work in the national security space. We take an innovative and forward-looking approach to our teaching and learning methods, for example through blended learning, collaborative work, scenario exercises, and exposure to the policy world through guest presenters drawn from Australia’s most distinguished national security practitioners and thinkers.

The academic environment at the NSC is unashamedly multi-disciplinary, highly interactive and responsive to the security problems of a world in change. Our staff are at the cutting edge of crafting a new hybrid discipline of knowledge, at the intersection of domestic and international security – national security for the challenges of the 21st century.

At the NSC, we strive to understand and address the significant national security policy questions and challenges that confront Australia, the Indo-Pacific region and the world. We pride ourselves on approaching these issues in a way that combines academic rigour with policymaking practicality. We’re especially interested in the security challenges that multiple countries face in common in a connected world, where no nation – or field of academic expertise – is an island.

The National Security College was announced as a joint venture between the Commonwealth Government and ANU by former Prime Minister The Hon. Kevin Rudd and former Vice-Chancellor Professor Ian Chubb in December 2009 and launched by the Prime Minister in April of the following year.