Politics: ignoring it won’t make it go away

Governments can only deliver the best policy outcomes for people if people get involved.

With democratically elected governments around the world currently clouded by hung parliaments, tax-payer funded bailouts, and no apparent ability to agree on actions that recognise and respond to planetary boundaries, it is easy to become disillusioned with politics and to question the need for, and role of, government. If our elected representatives appear not to be making decisions that align with societal values, regardless of who is elected, why should we, the people, take an interest? Why not disengage and just live our lives?

The response to this lies in what happens next. What happens if we decide it’s all too hard? What happens if we disengage? The answer, surely, is more of the same. The motions of government don’t stop because you or I decide to switch channels or go and live as a recluse. Decisions are still made, policies still enacted and implemented. We are still affected. Deeply. From the level of security on our streets to the state of those streets themselves. From what we pay for our services, to the control of pollutants in our environment. What’s more, in an age of increasingly complicated and interconnected issues where there can be significant time-lags between action and consequence, we are not just affected right now, but also long into the future.

So how do we deal with this growing discontentment? Insanity, according to Einstein, is doing the same thing over and over and expecting different results. Our elected representatives don’t have ESP, and thankfully not all smart devices are equipped with Orwellian sensitivities yet. So given voicing our concerns by a ‘share’, ‘like’ or ‘tweet’, or complaining to sympathetically-minded friends about the failures of our government seems to have done a #fatlotofgoodsofar, perhaps it’s time to do something different. Perhaps it’s time to really engage. 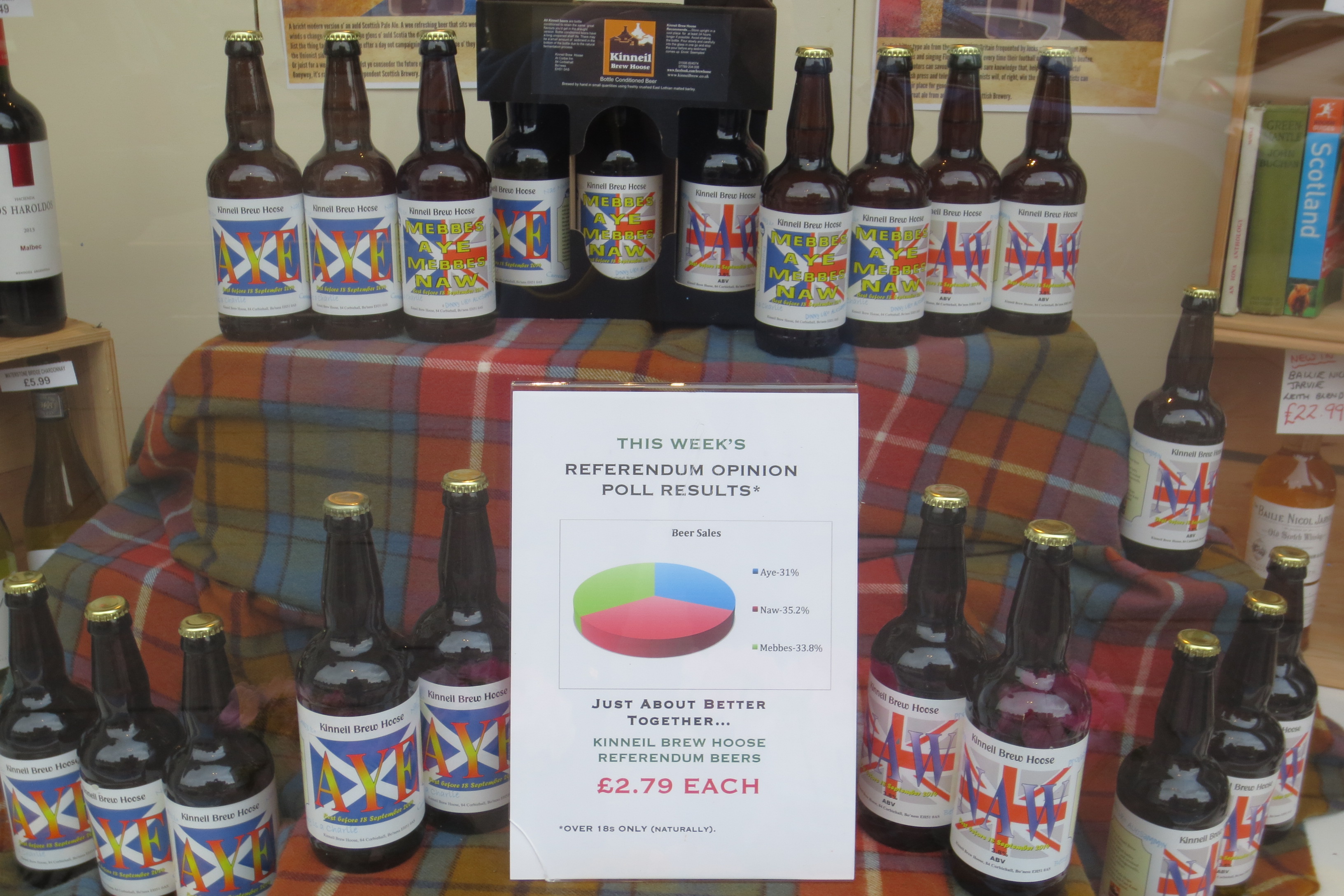 The Scottish voters found some innovative ways of debating the issue before them. Photo by Mitzi Bolton.

Of course, governments aren’t blameless in getting us to this point. The refrain often heard is that, policies these days only benefit those operating in the ‘London’ of each region, or with the ability to influence media or markets. That globalisation and corporatisation now overshadow democracy. That ultimately, the role adopted by governments is no longer one of forging a path for the common good. Some say that it’s nothing new. That it can’t be helped. That they once cared but no longer see the point. But, what’s the alternative?

If we allow representative government to be boiled down into just another commodity, bought and sold by those with influence, what is its purpose? Without broad societal participation it’s surely just another institution which can change direction, be sued, or morally bankrupted. While any teenager can see that not all things are right in the world, these things will not change through detachment. It is those who participate whose voices are heard. It is their visions for the future, or lack thereof, which we will all come to live by.

Representative governments can only deliver the best outcomes for the people if the people get involved. The 2014 Scottish Independence Referendum demonstrated that the decisions made by governments aren’t always what the people want, and that active engagement by the people can alter the consequence not just the result. Moreover, it proved that politicians don’t have a monopoly on complex thinking, that the public are capable of considering and discussing difficult issues, and that they want their opinions to be heard.

Sadly, the high level of interest in the referendum was somewhat of an anomaly in a continuing downtrend of voter turnout in Western elections. Compounding the problem of low voter turnout is that, of those who do vote, many base their choice on long-standing allegiances or physical impressions rather than actual policy offerings. How can we reasonably criticise the decisions made, if we show such disregard for these individuals and the processes by which they do our bidding? Our votes and our post-election passivity give them the mandate to make decisions. If we don’t like what they’re doing, who can we blame but ourselves? We can’t lament the lack of alternatives if we don’t demonstrate a desire or need for them to exist.

Opportunities to participate are numerous and, given the myriad social media platforms now sitting in people’s pockets, it’s perhaps easier than ever before. But by not engaging in public debate in our homes, communities and streets, by not writing to or calling our local members to raise what is important to us, and by not participating in public consultations, we don’t give our elected representatives any reason to act differently. We demonise our politicians as egotistical political masters, yet fail to remember that they are our (egotistical political) elected representatives. They are public servants and we are the public. They can only paint the picture we ask for. If we don’t ask, we in effect waive our right to complain about the outcome.

True democracy isn’t a sausage sizzle and a ballot box. It’s not a #QandA retweet or a Facebook ‘like’ of memes of the PM. It’s debating our future, and that of our children. It’s reflecting on our values and showing that we do have views and we want them to be considered. It’s taking action to ensure that the reality we want is brought to life.

In an era where political ‘leaders’ are no longer revered or even respected, it is time for all of us to speak up and be heard. To break free from this social trap. To demonstrate we’re not asleep in the back, while the political vehicle we’re all travelling in careers down a road we didn’t choose.

The views expressed in this article are those of the authors and do not necessarily reflect those of her employer.

Dr. Mitzi Bolton is a Research Fellow at the Monash Sustainable Development Institute. Her research focuses on identifying and facilitating ways to enable optimal public sector decision-making and, in particular, integrated decision-making.