Since the Abbott government came to power, Australia’s foreign aid has been cut by some $11 billion over the next five years. Given recent reports of the Treasurer possibly entertaining further cuts to Australia’s aid budget, it is timely to raise the potential negative impact of the cumulative ‘aid slashing’ on Australia’s foreign policy.

Some commentators have highlighted the need for Australians to be reminded of the value of foreign aid, citing ‘traditional’ ethical, moral, and even peace and security reasons.

While all of these reasons for providing foreign aid are valid, there is a more self-serving and pragmatic reason for investing in aid, which has also been the bedrock of both Coalition and Labor approaches to foreign policy.

The Sydney Morning Herald’s International Editor, Peter Hartcher, has written a book on the need for Australia’s political class to grow up and start taking foreign affairs more seriously. The argument he presents is simple: Australia’s policymakers cannot afford any longer to perceive themselves as unaffected by what happens in the world, and should not play domestic politics with important foreign policy concerns and issues, thereby jeopardising the country’s future well-being.

As Foreign Minister Julie Bishop has stated, “aid is a powerful tool in our statecraft designed ultimately to protect and extend Australia’s broader interests.” But it appears that our political class has been playing dangerous domestic politics with it, and a slashed aid budget actually works against Australia’s statecraft.

Foreign aid is not the only tool in a country’s statecraft, but in many ways has a more preferable and at times successful utility than conventional ‘hard power’ tools such as military and economic might. Perhaps most importantly, it is one of the few tools of foreign policy with important altruistic properties which can earn a country a whole lot of international good-will and respect. Such tools should not be neglected lightly given their proven ability to improve relations between states, and a country’s international standing.

It is somewhat of an irony then that as Australia’s government moved so determinedly to absorb the Australian Agency for International Development within the broader portfolio of Foreign Affairs and Trade, it proceeded to cut the aid budget so severely. While on the one hand the government attempted to get an even firmer grip on this important tool of foreign policy, on the other it was already moving towards rendering it almost useless. 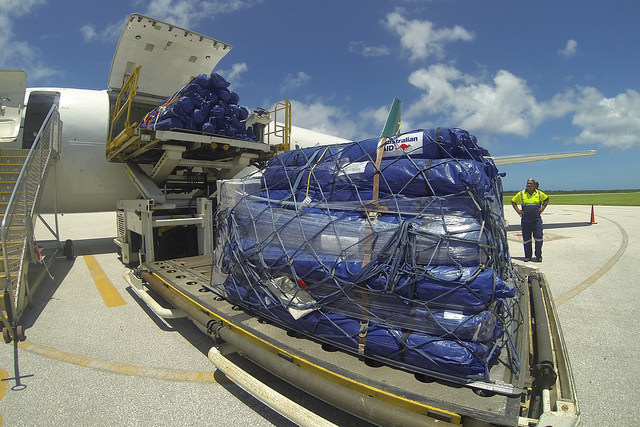 The whole conservative approach to Australia’s foreign policy in the last two decades has a tradition of labelling itself as pragmatic, realistic, clear-eyed, practical and, above all, in the national interest. The Howard government made it a central tenet of its governance to emphasise the utility of its foreign policy in the pursuit of the national interest. It even published two foreign policy white papers – In the National Interest (1997), and Advancing the National Interest (2003). The subsequent Labor government did very little to change this emphasis, and such an approach to foreign policy appears now bipartisan.

If utilising foreign aid as a tool of statecraft is indeed in the national interest, as Foreign Minister Bishop has made clear, then the current government appears to be failing that national interest.

There is only so much of the aid budget any government can cut before it begins to seriously jeopardise a country’s ability to effectively pursue its foreign policy and national interests. And there are only so many foreign policy and national interests a government can effectively pursue while already overworking its diplomatic class, which has over the years paid more than its fair share of ‘efficiency dividends’.

While foreign minister Bishop’s recent opening of a $140 million aid innovation hub could be applauded as an attempt to explore more effective ways of delivering aid and by extension strengthening the country’s statecraft, the project hardly represents a novelty as private and public sector partnerships in development have been around for at least a decade.

Foreign aid should be given for a whole range of reasons. For a liberal, free and egalitarian society that Australia claims to be, the last reason to be invoked in justifying a growing aid budget should be the most self-serving one. A country of Australia’s purported standing in the world and self-perceived importance in regional and global affairs simply cannot afford such a low aid budget. It is irresponsible to the national interest, and ultimately to the Australian population.

Our tools of foreign policy and statecraft should be expanded, not contracted, and governments of both political persuasions should remember that the national interest is more important than their political interest.