Will the light rail really changes the lives of Canberrans, asks Leo Dobes.

When Kim Beazley was Defence Minister, it was accepted wisdom in some parts of his Department that if you wanted to get a submission approved, your best chance would be to tag the project as having ‘export potential’ for local industry. Similarly, today’s proponents of the ACT Light Rail largely base their justification for the project on the number of jobs created. Like a Puffing Billy, it’s ‘Jobs, Jobs, Jobs, Oi! Oi! Oi!’ all the way down the line.

But before this train of thought gathers a head of steam, it’s worth applying the brakes and considering whether the project really will deliver benefits.

While the jobs mantra holds political appeal, a rigorous social cost-benefit analysis would not include jobs per se as a benefit. Indeed, an increased use of labour resources imposes opportunity costs on society. Because while employing people to dig and fill in holes may increase the number of jobs, it does little to increase the overall welfare of society if labour resources could have been better used elsewhere.

And like a train on a loop line, the additional output of a worker employed on the Light Rail project would be offset by the wage cost to the employer. And if those employed on the Light Rail have left other jobs, then their new output will be offset by reduced output (and wages) elsewhere. Then there’s the cost to society as previously unemployed workers lose the value of their leisure time, including minding children, doing voluntary community work and gardening. 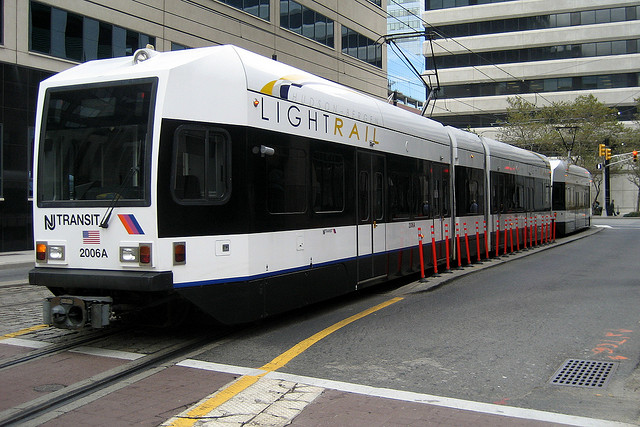 Further, employment levels are cyclical and generally depend on national economic conditions. In a situation of full employment, the only effect of more jobs will be to increase wages. While this may make some workers happy, Canberra residents will face higher prices as the cost of higher wages is passed on by producers and retailers.

According to media reports ACT politicians have also identified as benefits of the Light Rail an increase in property prices along the route, as well as a reduction in traffic congestion along Northbourne Avenue.

Increased property prices will occur if people living along the route value the availability of the Light Rail. Those travelling in different directions by alternative transport will not find it worthwhile to relocate to the Light Rail route. Residents and developers who own land along the route before construction will gain in wealth, but those wishing to buy property will encounter greater expense. And assuming that prices do rise, there may well be an offsetting fall in prices in other areas of Canberra as people relocate away from those areas to the Light Rail route.

Most important of all, counting increased property values as well as savings in travel time and the cost of petrol, would involve counting benefits twice. Double-counting occurs because increased property prices only occur due to the perceived benefits of reductions in costs. Prices would not rise otherwise.

Any forecast reduction in congestion along Northbourne Avenue and other roads must be treated with caution. Reduced congestion implies savings in travel time, so the attractiveness of using roads will increase. This effect is similar to the building of toll-free freeways which tend to fill up very quickly because travel along them is faster. Congestion tolls might be a better way of achieving the Government’s stated objective.

It is not uncommon for transport project proponents to claim that an economic analysis does not include a range of (usually unspecified) ‘social’ benefits. In fact, social cost-benefit analysis is designed precisely to capture all the benefits to society, but the rigour of the approach is not always welcomed by its detractors.

It will be interesting to see if the Government’s new evaluation of the Light Rail, due around October, will include other ‘social costs’, as well as creative identification of additional benefits. For example, increased rates levied to pay for the Light Rail will reduce the disposable incomes of both property owners and those renting accommodation. If reduced spending reduces economic activity, will this be counted as a social cost? And if the Government ignores public opinion, or fails to carry out a credible cost-benefit study, will the loss of trust in political institutions and lower social cohesion in the community be counted as social losses attributable to the project?

In the end, whether the Light Rail costs $500 million or $1,000 million is immaterial, as long as the social benefits exceed the social costs. But even if they do, there may be other projects available that would increase the welfare of the ACT community even more. To get a true picture of the project’s relative social value, a comparison would be required with alternatives such as better utilisation of buses, or improved health, education, and other services.

An ultimate sanity check is simple, if confronting: “how many people will die if the ACT Government builds the Light Rail rather than funding better health services?”