Are social protection programs helping those most in need?

Are social protection programs helping those most in need? Belinda Thompson reports.

Social protection is usually associated with high-income nations, not nations recovering from decades of conflict and bloodshed.

Yet the newest country in Asia and the Pacific, Timor-Leste, has protection for the elderly, veterans, people with disabilities and vulnerable households enshrined in its constitution as well as an active social protection program. But are those protections working to help the poorest and most vulnerable?

Writing in Asia and the Pacific Policy Studies, Pamela Dale, Lena Lepuschuetz and Nithin Umapathi found that while the social protection programs had helped transition Timor-Leste from conflict to recovery, they hadn’t reduced poverty as much as would be expected given how much money goes into the programs. 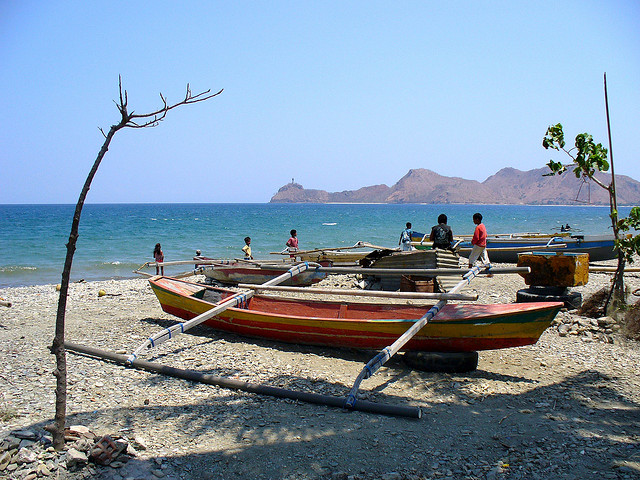 “We weren’t surprised by the amount of the budget going into social protection, but the lack of progress on poverty reduction was a surprise,” Dale said.

“The majority of the poor are children (aged 0–15 years) and most of the social protection programs don’t target children, they target veterans and the elderly.

“To some extent there are people who are eligible but who don’t get access. But most of the lack of impact wasn’t eligible people not applying, it was that the programs weren’t targeted enough.”

Given the long history of conflict, the social protection program is particularly generous for veterans of the decades-long struggle for independence.

However, with a baby boom post-independence, veterans now represent a relatively small proportion of the population, but these payments consumed half of the total social protection budget.

Small cash grants through the Bolsa da Mãe (Mother’s Purse) program to help vulnerable households with school-related costs was the only program specifically aimed at children.

“There are no easy solutions. There needs to be reform of the targeting mechanism. It would mean an increase in the allocation to social protection unless there was a reform of the veterans’ pension or other existing programs,” Dale said.

“To increase the impact of social protection, reforms would need to be targeted to help children.

“The Bolsa da Mãe could be scaled up rather than starting something fresh.”

Despite the issues with the targeting of payments for poverty-reduction, Dale said the social protection programs in Timor-Leste should serve as a model for other lower-income countries.

“There are always things that you wish would be done better, but the fact these protections are in place is really, really important,” Dale said.

Pamela Dale’s article is published in Asia and the Pacific Policy Studies. To read the paper visit: http://bit.ly/APPSPamelaDale