Rising from the ashes

What governments and insurers can do to stop short-changing victims after bushfires.

Underinsurance and new Australian building codes create an uncomfortable price gap for homeowners hoping to rebuild after a bushfire.

Eighteen months ago, fire flared by strong winds in dry bush destroyed 200 homes in the lower Blue Mountains in NSW, including mine.

Many studies and surveys have been done, yet no significant changes have been made to address one of the most critical issues the community faced – unintentional underinsurance.

The underinsurance problem emerged within days of the October 2013 fire. In our case, a visit to the site by our insurance assessor resulted in the shocking news that we were around $200,000 underinsured. That is, it would cost 50 per cent more than our insurance provided simply to rebuild the home that we had, to the standards of the current building codes. Our neighbours received a similar assessment.

In fact, of the more than 200 homes destroyed, co-ordinator of the bushfire recovery effort, Phil Koperberg, estimated that around 120 or more owners were underinsured.

In the insurer’s minds, they bore no responsibility for the underinsurance, and if underinsurance existed, they had no interest in discussing a rebuild of the home. They simply paid out our policies.

The consequence was that people were suddenly cash-rich, with three or four hundred thousand dollars in their bank account. However it soon became apparent that, in addition to the inevitable price rises associated with a sudden demand, there was something else going on that made rebuilding much more expensive than most people had realised.

The major reason for the price gap is the relatively new national building code, as well as additional NSW bushfire building requirements. These determine the type of structure that can be built today in areas like the Blue Mountains. 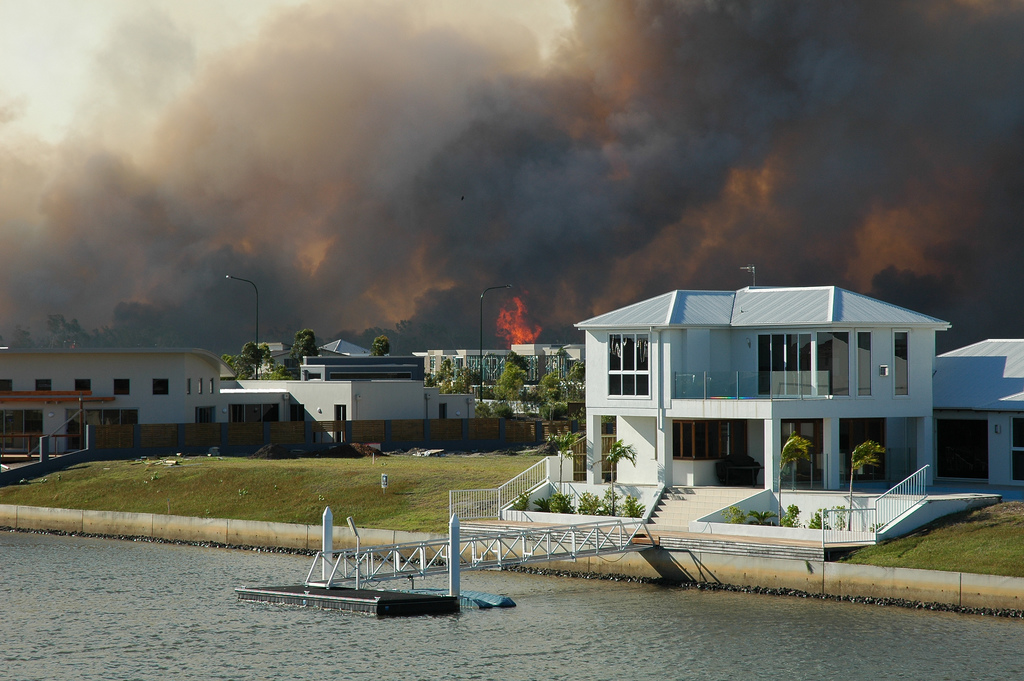 The bar for building standards was raised significantly after the 2009 Victorian bushfires.

The Australian Building Codes Board adopted the national bushfire standard for residential buildings later that year. The new Standard, AS3959-2009 Construction in bushfire-prone areas is designed to better match construction requirements to the likely bushfire risk.

It includes improved ways to assess the fire fuel loads and make the outside of houses resistant to ember, heat and flame attack.

The single biggest determinant of the cost of building, or rebuilding, in bushfire areas is now your Bushfire Attack Level (BAL).

This is something that is difficult to calculate, but depends on things like the slope of your land, how close you are to the bush and the classification of bush near your home.

The calculations determine whether you are, for instance, BAL 12.5 or Flame Zone. The closer to Flame Zone you get, the more expensive your construction materials, with no timber allowed at the highest levels.

But even if you do manage to accurately calculate your BAL rating, there is no mechanism to apply that rating directly to your insurance. The standard online insurance industry calculator doesn’t have anywhere to click to input your BAL. Even today, when I use the calculator, it estimates my rebuild is $150,000 below the real costs.

And when you speak to insurance companies’ sales people, they don’t know what a BAL is.

What that means is that there are potentially tens of thousands of people living in bushfire-prone areas who don’t realise that the BAL their property attracts could leave them unable to afford to rebuild, if their home is destroyed.

And people who do know are feeling confused, abandoned by insurers and unsupported by governments.

At a pre-2015 bushfire season information night at a local Blue Mountains public school, more than a year after the fires, representatives from the local council, insurers and Rural Fire Service, all conceded that while a few tools were available online, they didn’t interact with one another and it was virtually impossible to confidently calculate an accurate insurance level.

And it is perhaps this inability to determine realistic rebuild costs that has led to many smaller insurers simply exiting the Blue Mountains market and refusing to insure people.

In media reports in January 2014, Mr Koperberg said underinsurance was such a big issue that he would be recommending the insurance industry rewrite its Code of Practice to make people aware of the cost of rebuilding houses in bushfire zones. Unfortunately, by the time his final report was released in the lead up to the NSW election, this became a recommendation to ask the insurers to consult policy owners in bushfire prone areas on the issue of BAL ratings.

Unfortunately, that won’t solve the problem.

In lieu of insurers stepping up to their consumer, social and corporate responsibilities, we need governments to lead. This is a national problem and needs national attention.

In the wake of the Queensland floods in 2011, significant changes occurred to insurance to reduce confusion for home owners in flood-prone regions. A similar effort is required across Australia to ensure that home owners in bushfire areas are well-equipped to estimate home replacement costs.

We need a single online tool that guides us through estimating Bushfire Attack Levels of our property, determines what implications that has in terms of building materials we can use, and then calculates the rebuild costs.

Given the insurance industry has confidence in its current calculator, used both online and over the phone, adding the BAL should be an obvious progression. And then educating their staff about what a BAL is would be a natural next step.

No tool will be 100 per cent foolproof. However in the case of Blue Mountains residents, there is high awareness and high motivation to want to get this right. We just need some help from the experts to make better-informed choices.

Susan Templeman is the Federal Member for Macquarie.