After months of increasing concerns about China’s land reclamation in the South China Sea going back to at least May, the US decision to conduct a patrol within 12 nautical miles (nm) of reclaimed Chinese land in the Spratly Islands this week is not surprising.

The weight of expectation was such that, rightly or wrongly, any decision to not proceed would have damaged US standing in the eyes of many commentators. This perceived pressure is something in itself that needs analysis.

Seen in isolation the patrol cannot be said to be “wrong” in any technical or moral sense.

Under the United Nations Convention on the Law of the Sea (UNCLOS), US naval vessels have certain rights to freedom of navigation, as do all vessels. The US and other countries including the UK interpret this freedom to include innocent passage of warships within the 12nm territorial seas of coastal states.

China sees the matter differently, believing that warships should provide prior notification before passing through another state’s territorial sea. Since the US Department of Defense has not issued any official statement on this week’s patrol, we don’t know if the US saw itself as exercising the right to innocent passage on the high seas or to innocent passage within a 12nm territorial sea. As Sam Bateman has pointed out, freedom of navigation patrols are a very inarticulate expression of protest.

What we do know is that while the probability of a confrontation or collision arising from the patrols is low, in the current geopolitical climate it is not zero. And when the possible consequences from a low probability event are very high, that means the risk is not low. It’s medium or even high.

Many believe that the US and China have so much invested in their mutual economic relationship that escalation to conflict is unlikely. Even at the height of the Cold War the Cuban Missile Crisis showed us that given time and space, sensible leaders will disregard chest-beating from military leaders and find a safe path through crises.

But one of the disturbing and indeed paradoxical aspects of the US-China strategic relationship is that despite the very high degree of economic enmeshment and the immense breadth and depth of bilateral ties, in a crisis there may be less scope for measured diplomacy than that which existed between the US and the USSR.

Many scholars, including Des Ball, Robert Ayson and Avery Goldstein have pointed out that the nature and capabilities of 21st century warfare mean that in a US-China military crisis there could be significant incentives for pre-emptive, offensive military action. This would be to ensure, for example, that crucial command, control, communications and reconnaissance capabilities – including space-based capabilities – were not knocked out early by the adversary, leaving one side or other to fight ”blind”.

The problem with the patrols is not that they are wrong, but that they are sub-optimal. It would be better to find a way of communicating concern and resolve against China’s unilateralism in a way that did not carry risk of military conflict and further militarisation of the dispute. There needs to be effort applied to find alternative approaches. Now is a good time to for both the US and Australia to cast the net wide. 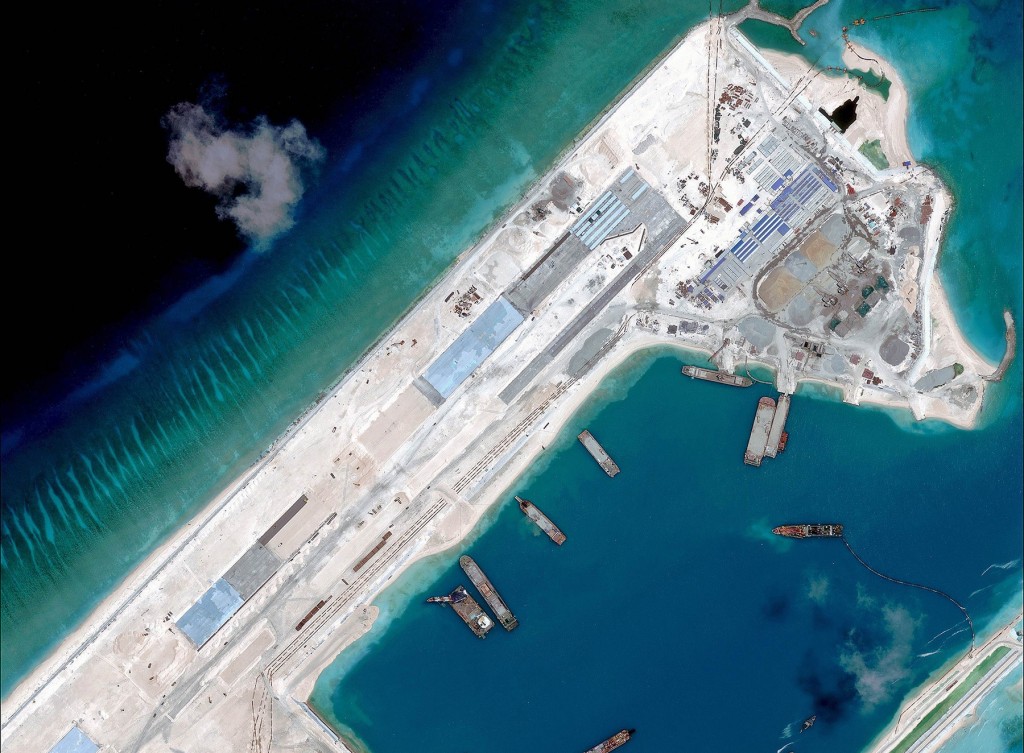 Foreign policy should not be exempt from the need to innovate. ASEAN-centred approaches, such as a Treaty of Amity and Cooperation in Southeast Asia’s Maritime Domain, as advocated by Carl Thayer, should be pursued, although care must be taken to avoid the impression of “containment”. ASEAN, with its current unity challenges, need not be the sole strand in what should be a multi-pronged approach.

Public diplomacy must be given a role. The fact is that China’s educated middle-classes barely acknowledge that there is a dispute in the South China Sea – they believe China’s claim is right and unassailable. Public diplomacy has a role to play in at least enlightening the Chinese public to the fact that other claimants believe equally passionately and adamantly in their claims.

Joint history writing projects such as that undertaken between Chinese, Japanese and Korean historians could be promoted between South China Sea claimants. While the North Asian history projects have not erased the enduring resentment from the atrocities of World War II, they have, as Evelyn Goh as written, caused “participants to recognise not just multiple narratives but also that each group is the legitimate bearer of a possibly contending narrative.”

And what about business?  Governments are naturally reluctant to outsource foreign policy to the private sector. But the fact is that business has a great deal to lose from any South China Sea stand-off. If business became participants in a campaign to find a lasting solution in the South China Sea through discussing the matter non-confrontationally with their Chinese partners, could this be of benefit?

Then there is the question of Australia’s role.

Australia, as has been stated many times, has a legitimate interest in the peace and security of the South China Sea not least for the trade on which our economy depends. Would our diplomats have the courage to engage China’s government on the joint production of a YouTube video that, hosted on the Australian Embassy Beijing’s website, told the story of the South China Sea from multiple perspectives, including China’s?

Australia’s involvement in the Middle East, like in World War II, is in danger of leaving us underprepared for challenges in our own neighborhood. With a new progressive-thinking Prime Minister, now would be a very good time to look hard at the apportioning of our diplomatic and military resources, as well as our strategy for the South China Sea.

Australia’s traditionally reactive approach, like setting up a South China Sea Task Force in DFAT when conflict looms, is no longer serving us well.

Dr Gregory Raymond is a Lecturer at the Strategic and Defence Studies Centre. His research focuses on Southeast Asian security and he is a member of ANU Climate Change Institute.