The super typhoon that hit the Philippines over the weekend caused unprecedented destruction and loss of life. But though the terror of the weather system has passed, another potential threat looms large on the horizon for the country. It’s a threat that in most countries is quickly flushed away and forgotten, but in the Philippines what goes into the toilet has a nasty habit of resurfacing in the aftermath of typhoons.

Across the Philippines, only around five per cent of the population is connected to a sewage network. In a country that is prone to typhoon and flooding, it is almost always certain that sanitation-related epidemics break out in the days following a typhoon.

Metro Manila, the country’s centre of economic activity, accounts for 33 per cent of the country’s gross domestic product, generating on a daily basis 6,700 tons of garbage and 440 tons of domestic wastewater. Barely 10 per cent of homes are connected to sewers and more than 100,000 people live along the major waterways. 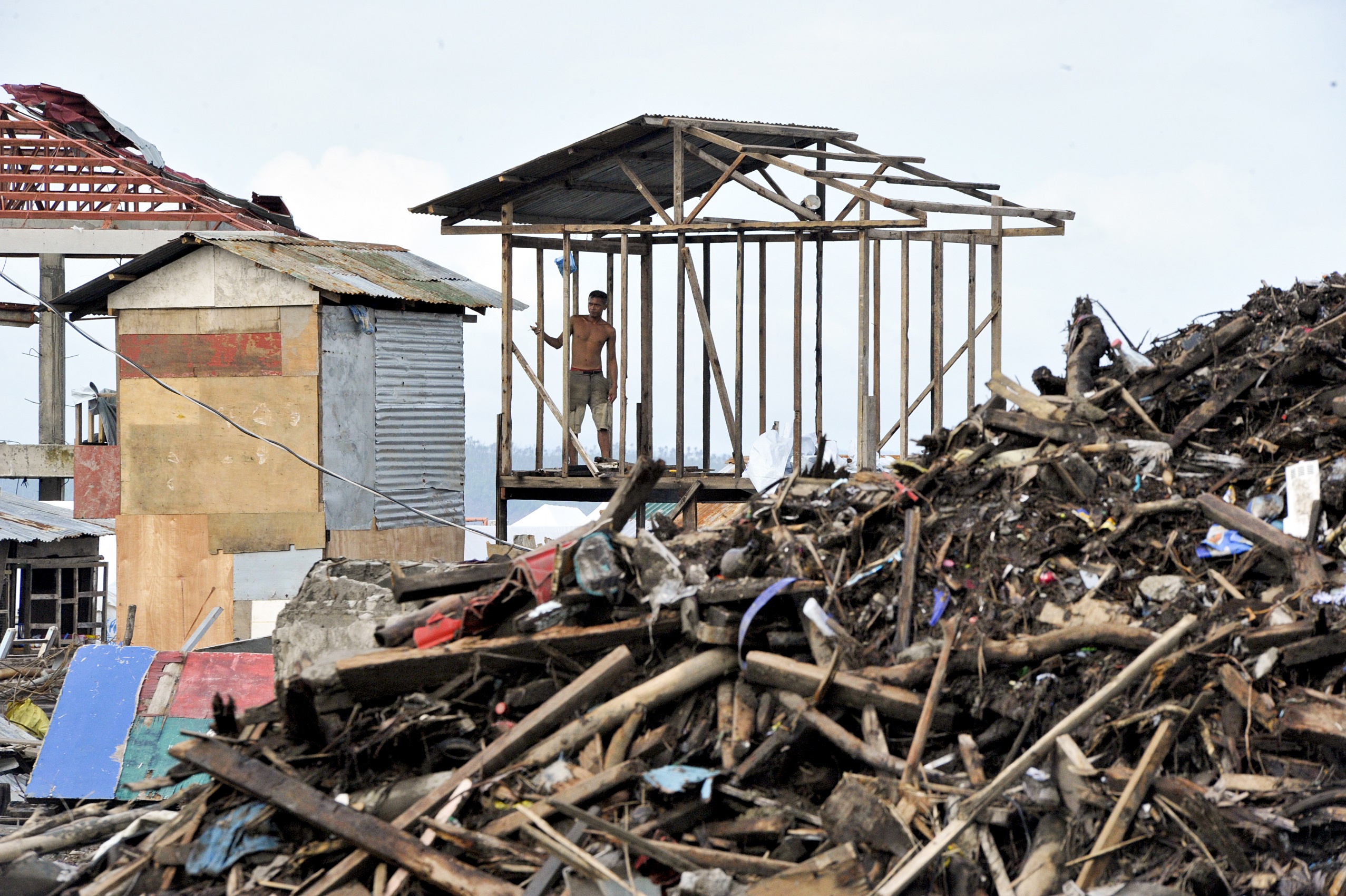 The frequent typhoons that hit the city, combined with the metropolis’ flat topography which is prone to flooding, make the capital’s heavily polluted waterways a cauldron for waste-related disasters and a cesspool for diseases. Each year, the capital experiences around 20 floods, so it’s entirely possible that that what you flushed away in the toilet last night will end up in your living room the following afternoon.

Despite the proliferation of laws, policies, rules and regulations, and multiple agencies tasked to enforce the proper management and disposal of wastewater and solid waste, metro Manila still lacks sufficient sewage treatment plants and sanitary landfills that comply with legal standards. The river system has effectively become the dumping ground of all wastes generated by the Philippines capital’s more than 12 million residents.

But this is not a new problem. As early as 1997, the government privatised the provision of urban water supply and sewerage. Debt-ridden and its networks in a state of decay, privatisation was expected to generate the much-needed capital to upgrade the system and expand service coverage to the unconnected populace. The service area was divided into two zones and the government awarded a 25-year concession contract for each zone to two private water utilities, each operating separately and independently in their respective zones. Both private water utilities were contractually obligated to achieve 100 per cent sewerage connection within the concession period.
But more than 15 years after the privatisation, the rate of sewerage connection for both zones combined is only around 10 per cent.

Some say that the miserable delay reaching targets is a ploy for the companies to extend the contract, while in the meantime focusing on the more lucrative aspects of its operations. On the other hand, the private water utilities claim that they are committed to fulfilling their obligation but various challenges constrain them from doing so.

And as poor as that 10 per cent connection rate is, there are grounds for sympathy with the utilities.

In Manila, setting up sewer drains and sewer treatment plans is not just a matter of digging the roads and installing the pipes. Before the private water utility can so much as put a shovel in the ground, it has to secure permits and licenses with several local government units that are autonomous from each other in case the sewer pipes traverses multiple jurisdictions. It also has to coordinate with the national government if the affected road is a national highway. In the event of citizen complaints, the negotiation and arbitration process is expected to delay the project further.

On top of that the planning and implementation of telecommunications, power, road improvement, flood control and water projects, are all handled by different agencies and are disjointed and uncoordinated. A further set of constraints also exist in the construction of sewer treatment plants.

The lesson from Manila is that cleaning up and rehabilitating the city’s waterways is a complex issue and a problem that can’t be resolved by the private sector alone. The fact is there are too many actors involved, interacting at different levels, time and jurisdictions, and operating under various legal and administrative instruments and social and political processes. Negotiating your way around the twists and turns of a city-wide sewer pipe system seems simple in comparison to cutting a pathway through the city’s bureaucracy.

Through my PhD research, I will attempt to make sense of this network of actors, finding out how they interact with each other and how such interactions impact on the accomplishment of urban sewerage service delivery outcomes. While Metro Manila is just one case, I hope that my research will provide practitioners a framework to analyse and deal with the complexities of networked services in the hopes that this will help in improving service delivery for rich and poor consumers alike.

And if my work can do anything to ensure that what is flushed away, stays away, it will be well worth it.

Ally Adigue is a PhD scholar from the Philippines studying at Crawford School of Public Policy, The Australian National University.