How can Australia contribute to refugee protection in our region? Penelope Mathew provides some answers.

Cognitive dissonance is defined as an uncomfortable feeling that results from holding two conflicting beliefs. If this feeling seems strangely familiar, it might be because you’ve been keeping a close eye on Australia’s response to refugee protection, where what we know we should do is quite the opposite of what we are actually doing.

This cognitive dissonance is illustrated most vividly by the effective excision of Australia from its own migration zone.

On one level we know we have certain legal obligations and, that underlying those, are certain moral values. We are party to the 1951 Convention relating to the Status of Refugees, and we know that the Convention’s obligations, particularly the duty not to return refugees to persecution, apply to all refugees, no matter where they come from and no matter how they arrive in the country.

We’re probably conscious that the Refugee Convention reflects a fundamental moral insight— that to return a person to persecution makes us complicit in that persecution.

But despite what the Convention says, Australia has literally shrunk from the obligations in the Refugee Convention. 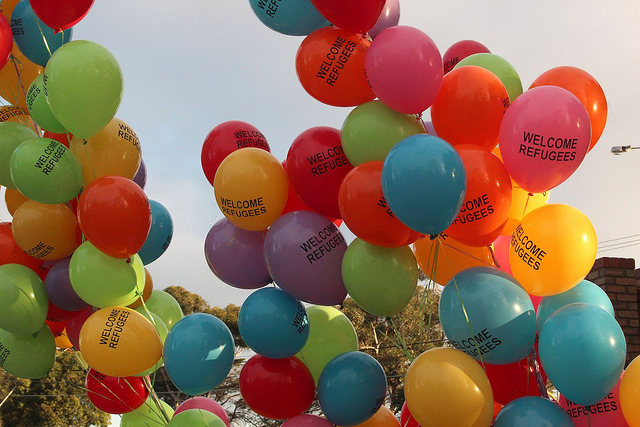 Welcome refugees balloons at a refugee vigil at Broadmeadows. PHOTO: Takver on flickr.

The first shrinkage occurred after the arrival of the Tampa in 2001 when amendments to the Migration Act were passed in order to excise Christmas Island and other territories from the migration zone, and to send asylum seekers to Nauru and PNG under the so-called Pacific Solution. Recently, this has been extended to any ‘unauthorised maritime arrival’, meaning that none of these people may apply for a protection visa as a right, regardless of which bit of Australia they land on.

To justify the shrinkage, lawyers will do what they do best—exploit legal loopholes, pointing to the absence of a full right to asylum in the Refugee Convention as opposed to the obligation not to return someone to a place of persecution.

However, it is doubtful that the drafters of the Convention intended to create a second-class category of refugees who could be ‘warehoused’. Like all human rights treaties, the Refugee Convention should be interpreted pro homine—literally ‘for man’ or ‘for humanity’—that is, in a manner that affords most protection to the human person.

Those of us who are not lawyers have other justifications that operate at a moral level, rather than a legal level. Indeed, we might say the law is somehow irrelevant, or out of date despite the fact that it appears to reflect some moral values that a lot of us care very deeply about.

This reasoning simply doesn’t float. The effectiveness of deterrence measures is debatable, and the evidence we have indicates that deterrence is not working. Meanwhile, the purportedly ‘humanitarian’ aspect of this story ignores the fact that people have a right to live in dignity. What gives us the right to tell refugees that they must live a precarious life that they deem unliveable instead of risking death? And how do we justify the impact on human dignity of the ‘no advantage’ concept, which sees asylum seekers in limbo, without work and trying to survive on 89 per cent of the Centrelink special benefit? This is not humanitarian. It is discriminatory, and a penalty for the mode of arrival. Calling it ‘no advantage’ cannot hide the facts.

At the bottom of all the stories we tell ourselves, there lies a fear—a fear of being overwhelmed. It is important to confront that fear and to question whether it matches reality. At an abstract, big picture level, we might question whether all people would move if they were in fact able to do so and what the world might look with more global migration. It is possible that the world would look a lot fairer if people were able to move more freely. At a more practical, here and now level we might do a cost benefit analysis and decide that the costs of attaining perfect border control are overwhelming. Reading the Senate estimates committee transcripts and discovering that we have already paid Nauru $1.6 million just for the Nauruan processing visas, certainly suggests that this is not money well spent. 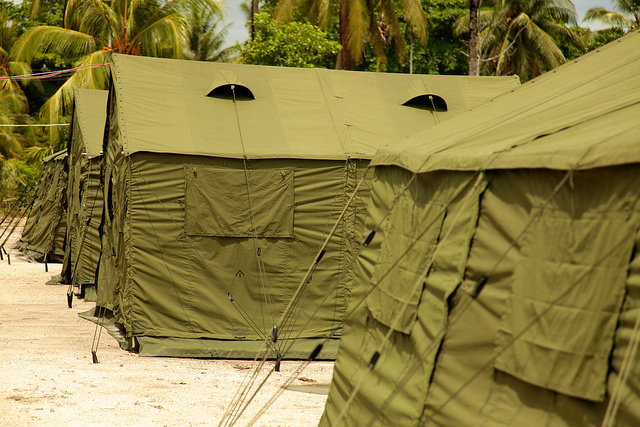 Instead of asking ‘what if they all came here’, I think we should ask ‘where do they all go?’ The reality is that 80 per cent of the world’s refugees are sheltered in developing countries. It is for those countries and for refugees that we must craft a response.

The way forward is to focus on what the Houston report, the report of the panel of experts on asylum seekers, calls incentives for lawful movement. Of high priority should be the report’s recommendation that Australia should double current expenditure on capacity-building, and focus this aid on ‘programs in support of building the regional framework for improved protections, registration, processing, integration, resettlement, returns and other priorities’.

One idea suggested by lawyer Keane Shum is twinning resettlement with local integration. Could Australia encourage other countries to offer local integration, by offering to resettle one refugee for every refugee who is locally integrated, with a focus on resettling refugees who cannot be integrated in those countries? Australia could borrow from the idea of ‘resettlement in solidarity’ practised in Latin America through which a number of countries resettle refugees from Ecuador, the country that currently receives most asylum seekers in that region.

Note here that I am talking about twinning, not swapping. The swapping envisaged by the so- called Malaysia solution, is built on a precarious foundation of governmental assurances with no legal mechanisms to ensure refugee protection. The focus needs to be on ramping up protection first, which might give asylum seekers the confidence to remain where they are, and which also might give countries of first asylum the confidence to become party to the Refugee Convention.

Another idea is to give additional overseas aid which funds integration projects that benefit both locals and refugees and asylum seekers as recommended for many years by the United Nations High Commissioner for Refugees.

Australia could look to best practice under the Mexico Declaration and Plan of Action, which aims to deal with refugee issues in Latin America using ‘a geographic approach instead of a population approach, so that receiving communities benefit on [an] equal footing with refugees and other persons in need of protection’.

To give a practical example of Latin American cooperation, in September 2010, Brazil agreed to support the integration of 15,000 Colombians in Sucumbios in Ecuador, which is a border region, by funding projects including education, and water and sanitation infrastructure. Projects like these benefit both citizens and refugees in the underdeveloped border areas.

The focus on citizens and refugees does things for both Australia and recipient countries that go beyond refugee protection. Additional overseas development assistance offers the possibility that the citizens of developing countries will benefit and that refugees will not need to move on in search of greater protection.

The message sent by such initiatives is very different to the message of excision. Instead of projecting cognitive dissonance, the message is that Australia is concerned with sharing responsibility for protecting refugees. What we need are collective solutions that lift and harmonise standards of protection rather than shift the sites of protection in order to lower standards. To achieve these solutions we need clarity in our thinking and the messages we send to potential partners.

This piece was first published in Asia and the Pacific Policy Society’s magazine, Advance in January 2014: https://crawford.anu.edu.au/research/advance-magazine