Financial contagion in the Eurozone may have been averted for now, but at what price?

Economics and finance, Government and governance, International relations | The World

The tough love shown to Greece has damaged Germany’s moral authority for the leadership of Europe. It has also mobilised the British left to agitate for a ‘Brexit’, writes Ramesh Thakur.

During the long night of negotiations in Brussels over Greece, the dream of Europe as a family died. Instead of building on hope for a more perfect union, they might have signed a mutual suicide pact.

In a demonstration of shock and awe more striking than the Iraq War in 2003, the European Union crushed a rebellion by Greek citizens. When crunch time came, the core EU institutions acted more as ruthless debt collectors than benevolent guardian angels. But in stripping Greece of national dignity and financial sovereignty, they may have stolen Europe’s future.

The financial contagion of Greek profligacy may have been averted, but the price will be the even more virulent political contagion of Euroskepticism.

Essentially, the Greek tragedy has unfolded in three acts.

In the first, Greece in effect cheated its way into EU membership (with the rest of Europe knowingly turning a blind eye). It overspent its way to financial ruin; it must now bleed its way back to economic stability.

Will the latest deal work where all previous bailouts failed? Or has Greece exchanged the colonels’ tanks from the military coup of 1967 for the creditors’ banks in the financial coup of 2015? Much skepticism remains that any country can austere-cut its way back to prosperity. Nobel Laureate Paul Krugman is dismissive of the “fantasy economics” behind the creation of Eurozone, pointing out that “the arc of stagnation” extends to northern Europe. Even the IMF has publicly savaged the EU rejection of debt relief for austerity-ravaged Greece.

Some insist that the key to economic recovery for Greece will lie not in meeting the fiscal targets but undertaking deep structural reforms (privatisation, loosening labour market rigidity, ending tax evasion, overhauling the pension structure). The seemingly punitive vindictiveness of Germany and ritual humiliation inflicted by Europe are examples of “tough love.” 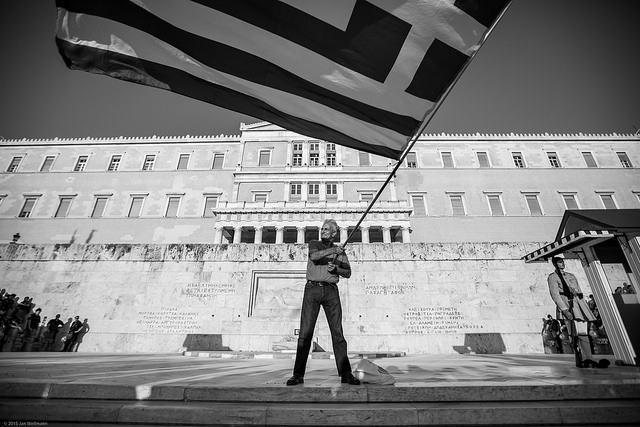 This calls to mind the medieval doctors whose cure for any ailment was to bleed the patient until he either recovered or died (which proved the affliction to have been incurable, not the prescription to be fatal). The humanitarian impact on millions of Greeks, with pensioners weeping in front of banks, has been appalling. The crisis of Greece in the Eurozone has been postponed, not resolved; the crisis of Eurozone itself has been prolonged, not lanced.

Greece has effectively become a financially occupied state, forced to sell public assets and surrender control of fiscal policy. But can it be revived from its comatose state? Even if it can, will Greeks stay in the unhappy European Union? Or will the murder of democracy in the country that invented it sound the death knell of the EU, with fault-lines entrenched even deeper between Mediterranean and northern Europe?

Germany dominates the second act. EU structures and institutions had helped to reintegrate post-Nazi Germany into the European mainstream. In that one fateful night of “negotiations” – Germany of all countries should know both about diktats and debt forgiveness – the myopic economic calculations of the hard-headed financial technocrats crushed the voices of democratic dissent. The terrible precedent of Versailles after the First World War was preferred to the historic generosity of debt relief after the second.

The visionary architects of the European project pursued economic integration to banish the spectre of war from a unified continent. “European Germany” has morphed into “German Europe.” Former Finance Minister Yanis Varoufakis says Germany is pursuing a policy of “breaking” Greece.” Jürgen Habermas, intellectual figurehead of European integration, accuses Chancellor Angela Merkel of gambling away “in one night all the political capital that Germany had accumulated in half a century.”

Europe takes centre stage in the third act.  Post-1945 Europe has been the other major world repository, besides the United States, of democratic legitimacy, wealth and power. The peace, prosperity and stability of Europe has held a magnetic attraction for other conflict-bound regions of the world. Not any longer. In William Hague’s vivid metaphor, countries of the Eurozone are “trapped in a burning building with no exits.”

At the creation of the Eurozone, critics had expressed doubts about the realism of a single currency without fiscal integration, and monetary without political union. Which economist or political leader would have dreamt of merging the deutschmark and drachma, with the two countries’ vast differences in work ethics, saving and spending habits, tax coverage, retirement ages, pension and social security entitlements? For all their similarities, neither Australia and New Zealand down under, nor Canada and the US up above, have come even close to merging their dollars. 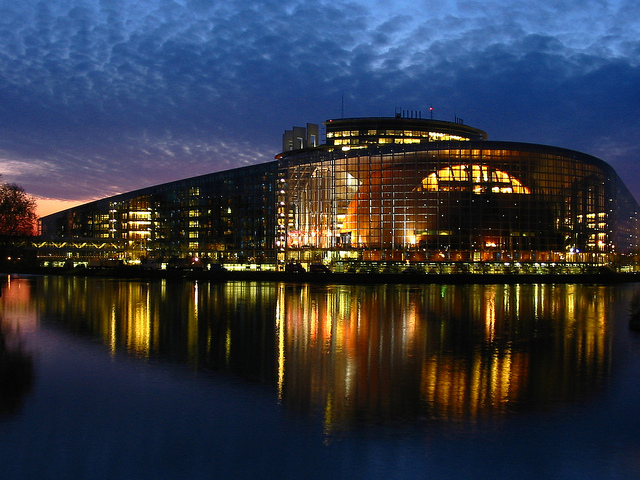 Even if the new consensus holds that admitting Greece into the EU and the Eurozone was a mistake, it does not follow that the best or most effective solution today is to force an exit. Post-unification, the costs and pain of dismantling the integrated structures can be vastly in excess of likely gains to both sides.

But instead of EU structures being robust enough to offset the strains of the single currency across the diverse Eurozone, the stressed single currency is causing widespread distress and pain through contagion. Churchill observed that while capitalism leads to the unequal sharing of benefits, socialism ensures the equal sharing of miseries. Force-fed austerity – which can shrink an economy faster than expand its capacity to repay debt – proves that capitalism has mutated into the unequal sharing of miseries.

Greece might be the first symptom of a Euro-wide affliction. Adopted to foster political unity in Europe, the euro might rupture the union instead. On the surface, they agreed in Brussels, through constructive hypocrisy, to a deal that is economically fictitious (a permanently unsustainable Greek public debt instead of restructuring the debt, reforming the economy and repaying the reduced debt burden over a longer timeframe) and politically un-implementable.

The contemptuous brutality inflicted on Greece and the triumph of the Eurocrats over history’s original democrats has damaged Franco–German relations and Berlin’s moral authority for the leadership of Europe. It has also mobilized the left, hitherto Britain’s most ardent Europhiles, to agitate for Brexit, which would be far more consequential than Grexit.