The challenges of finding the right climate policy design

A core problem in climate policy design is that the costs and benefits of taking action are highly uncertain and have different time dimensions, with costs incurred in the short term while benefits are likely to be many decades into the future.

The Conference of the Parties to the United Nations Framework Convention on Climate Change (UNFCCC) is to be held in Paris in December 2015 – known as COP 21 to the uninitiated. Countries, including Australia, are busily announcing or evaluating the targets for carbon dioxide emissions to be part of these negotiations.

As someone who has been modelling climate policy issues for more than two decades, at this time of year I am usually asked two questions: what target should a particular country take and what will be the outcome of these annual negotiations?

The answer to the second question is the same every year – there will not be an effective agreement until the negotiations focus on the right issues. Since the Berlin Mandate, which was the outcome of the first COP held in Berlin in 1995, the negotiations have been around legally binding targets and timetables for reduction of carbon emissions. This led to the approach of the Kyoto Protocol (COP 3) in 1997, which entered into force in 2005. The United States (at the time, the world’s largest emitter) did not ratify and China (now the world’s largest emitter) ratified but did not take on any targets. Australia ratified in December 2007 just as the protocol was clearly failing to achieve its goals. Good politics but bad policy seem to dominate the climate debate in many countries. 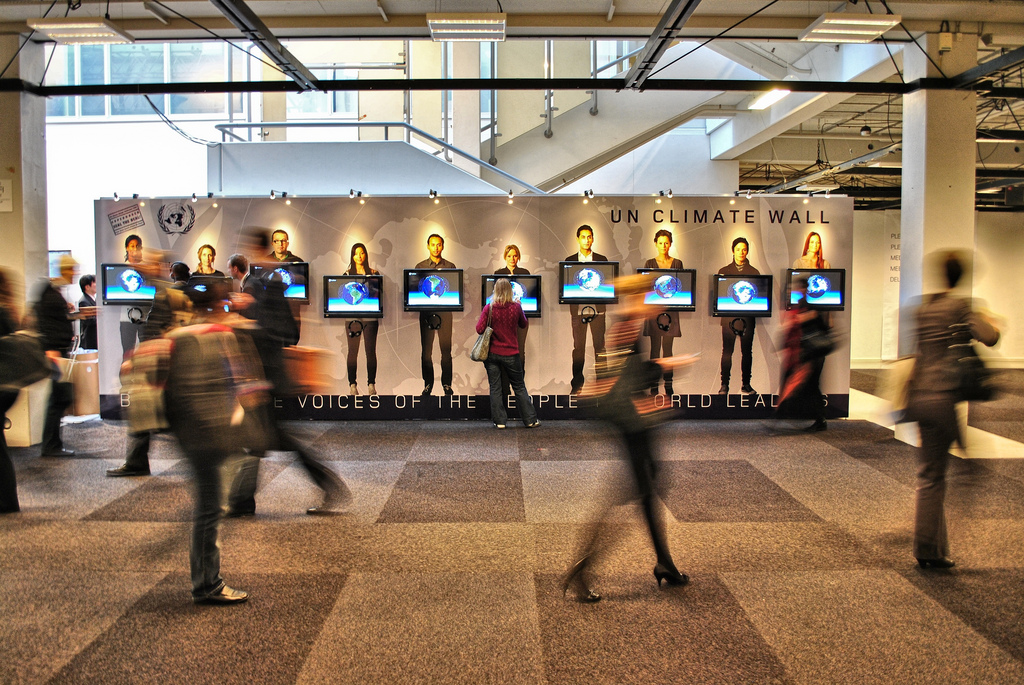 The approach of legally binding targets and timetables has not worked in addressing the climate issue. It was thankfully redirected in Copenhagen in 2009 when the threat of failure caused negotiations to finally switch away from legally binding targets to a focus on policies to reduce emissions across all countries. This redirection was encouraging and meant that effective action might eventually emerge. However, for some reason, the fixation with targets and timetables has re-emerged for the Paris meeting. The justification appears to be that ‘this time is different’.

The core problem in climate policy design is that the costs and benefits of taking action are highly uncertain and have very different time dimensions. Costs are incurred in the short term while benefits are likely to be many decades into the future.

It is possible to use sophisticated computer models to calculate likely scenarios about the future and calculate a range of potential costs of a given target for a particular country. Using models this way can better inform policy design. But even if the model is 100 per cent accurate, it is not possible to know with any certainty about the assumptions about the future that are fed into these models. The cost of any particular target depends on a very wide range of issues such as: the future evolution of the world economy; the extent to which technologies might evolve to reduce emissions; the cost of these technologies; the nature of the policy designs; the behaviour of households and companies and the policies of other countries, just to mention a small subset.

Thus, it is not possible to know with any precision what target a country should adopt until an attempt is made to achieve that target and the actual costs are revealed. Policy needs to be designed to be flexible so it can adapt to information about actual costs and benefits over time. Two equivalent targets could be achieved with very different costs.

Politicians appear to prefer expensive policies that hide who actually pays for carbon policy, relative to low-cost policies that make it clear who is paying. There are always going to be winners and losers in a policy change as transformational as climate policy. Whether it is a ‘cash for clunkers’ high-emission vehicle buyback campaign (launched by the Gillard government in 2010) or direct regulatory control in particular sectors, it seems costly policies are preferred to the direct pricing of carbon.

Targets for concentrations at the global level are important to guide policy design and are useful for national policy design but ultimately how much each country will contribute cannot be known from a particular set of targets. A target is not a measure of how committed a country is nor does a comparison of targets mean anything about ‘comparable action’. The focus has to be on creating clear, transparent policies within each economy that enable emissions reduction at low cost and which encourage a long-term global transformation of energy systems. This can be achieved through markets with clear future carbon prices, in order to drive investment and deployment of new technologies in the way energy is produced and used.

Given the uncertainty in climate policy, there is a strong case that Australia should not take on a legally binding target for emissions in Paris, but it should take on a legally binding commitment to contribute to a global reduction effort in a way that caps the relative costs contributed across countries. Paris is again a crossroads for the UNFCCC process. It will not produce the agreement the world needs while the focus is on the issue of targets and timetables, without also explicitly taking into account the relative costs of contributing to the global effort.