The problem with China’s ‘One Belt, One Road’ policy

Beijing needs to meet its One Belt, One Road partners half way if it wants the ambitious project to succeed, writes Ben Hillman.

China’s ‘One Belt, One Road’ (OBOR, Yidai, Yilu) initiative is Xi Jinping’s signature strategy for realising China’s emergence as a prosperous and stable world power, and a significant counterweight to the US-led Trans Pacific Partnership, from which China is currently excluded.

OBOR was initially conceived as a plan for expanding trade and commerce along former Silk Road routes by investing in regional transport and communications infrastructure. New ports, airports, highways and railways would facilitate trade and economic growth from Northern China to Europe via Eurasia, and along a new maritime corridor (the road) linking Southern China with East Africa via Southeast Asia. OBOR projects were also intended to shore up lagging growth at home, by absorbing China’s excess industrial capacity and capital, and by securing access to the region’s energy and resources.

Since 2013 OBOR has morphed into something much bigger than a regional infrastructure development plan. It has become a framework for realising President Xi Jinping’s dream of a “community of common destiny.”

In March this year the National Development and Reform Commission (NDRC) released an action plan outlining the types of activities that will promote deeper engagement with OBOR countries. OBOR now calls for deeper engagement between the economies and societies of China and 65 countries in Central, South and Southeast Asia through free-trade agreements, closer policy coordination, financial integration and cultural exchange.

The language of OBOR documents is rooted in principles of peaceful coexistence and two-way exchange. There is also a commitment to strengthen and work through regional forums such as ASEAN and the Shanghai Cooperation Organization. According to the NDRC action plan, “[t]he Belt and Road Initiative is a way for win-win cooperation that promotes common development and prosperity and a road towards peace and friendship by enhancing mutual understanding and trust, and strengthening all-round exchanges.”

One of the problems China confronts, however, as it moves toward implementing OBOR’s multiple projects is how to achieve “mutuality”. Debate about the contours of the initiative has largely taken place within China – countries along the belt and road have received only announcements about China’s intentions. Current and proposed “exchanges” have also been largely Sinocentric. Chinese news articles about the initiative highlight other countries’ interest in learning from China. A recent Xinhua news article on Myanmar’s interest in Chinese support for education is case in point. Xinhua has another news page dedicated to OBOR and its activities—a quick read of which suggests that exchanges and events are largely about exporting and promoting China. 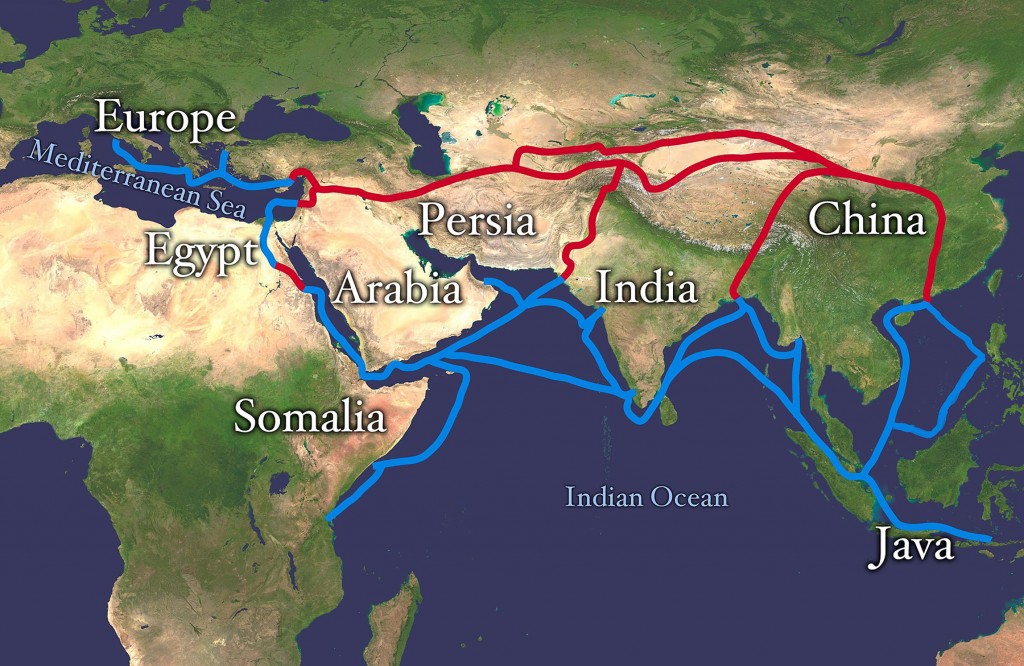 Reviving the Silk Road trade routes of centuries past is an inspiring idea, but OBOR will not succeed as a framework for building a “community of common destiny” unless Beijing takes a more collaborative approach. A good starting point would be to invite from scholars and policymakers from the region to participate in the multitude of Chinese conferences being held on OBOR within China. The absence of foreign participations at these events only serves to underscore OBOR’s unilateralism, and raises the potential for suspicion of China’s motives.

Beijing will also need to address its society’s general lack of knowledge about the region’s societies and languages.

During a recent study tour of China accompanied by representatives from 16 Indonesian think tanks I was astounded by the policy research community’s lack of knowledge about Southeast Asia’s largest country. The ignorance begins with formal education.

Talented Chinese students tend to look to the US or Europe for international education and career opportunities. For OBOR to work, Beijing will need to invest in new study programs and incentives to entice students to learn Bengali, Hindi, Arabic, Turkish, Thai and Indonesian.

The NDRC action plan rightly notes that “[w]e should send more students to each other’s countries, and promote cooperation in jointly running schools.” However, most of China’s current investment in international education goes to providing scholarships for students from OBOR countries to study in China, supporting Chinese study programs abroad through Confucius Institutes or in opening international campuses of Chinese universities. Wuhan Textile University will soon open a branch in Bangladesh, joining the ranks of Suzhou University (Laos), Xiamen University (Malaysia) and Yunnan University of Finance and Economics (Thailand).

China’s regional universities could also hold the key to preparing Chinese students for the OBOR century. Because the vision for OBOR is deeper connectivity between China’s regions and OBOR countries (e.g., southwest China with mainland Southeast Asia/Bay of Bengal; northwest China with Russia and Eurasia) there is an opportunity for regional authorities to take the lead in developing bilateral exchanges and people-to-people links. Universities and vocational colleges in China’s west and southwest could take the lead in developing programs designed to equip youth for greater engagement in the region.

Such programs would also help to realise one of the stated goals of OBOR, which is to address regional imbalances in China’s economy by developing infrastructure and creating economic opportunities in the western provinces. New cohorts of appropriately trained and culturally literate graduates might also help to reduce the alarming number of overseas failures by Chinese companies.

China’s regional universities should also take the lead in engaging the region’s policy research and policy-making community in OBOR dialogue, which would help to foster a sense of shared ownership, and a sense that OBOR is a regional and not just a Chinese initiative. A regional think tank forum could be established in one of the participating countries to serve as a platform for regional debates about OBOR.  OBOR could also be harmonized with existing regional plans such as the Master Plan on ASEAN Connectivity.

For new silk road connections to be realised across the diverse and unstable terrain of Central, South and Southeast Asia, and in order to build the trust and goodwill needed to conclude trade agreements and deepen engagement with participating countries, Beijing needs to do much more to demonstrate to OBOR partners that it is willing to meet them halfway.

Ben Hillman is a comparative political scientist who specialises in political development in Asia, pluralism and the politics of inclusion at ANU Crawford School of Public Policy. Ben’s current research focuses on institutions and policies for protecting minority rights and including minority groups in political processes.