Ella Fisher looks at innovations in aid in the Asia-Pacific region.

At night in a small and crowded shanty house in the slums of central Manila a young girl does her homework under a solar light made out of an old plastic bottle filled with chlorine and water. On an island in the Mekong River, a young woman weaves silk at her family business that was supported through a microloan whilst children in the Solomon Islands could quickly return to their studies after last year’s floods thanks to a school-in-a-box emergency kit.

These are just three stories of people around the Asia-Pacific region whose day-to-day lives have been impacted by innovations in international development. 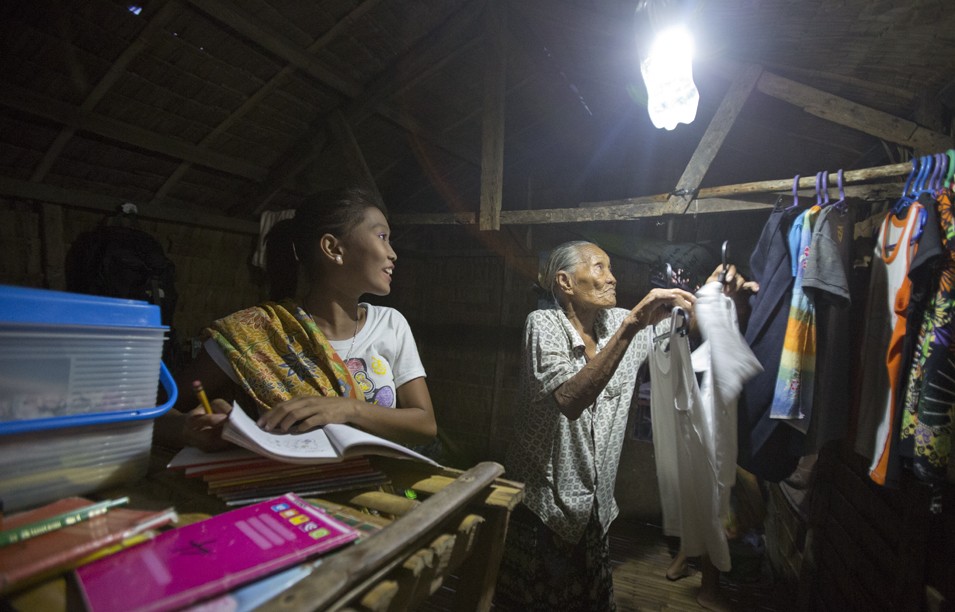 Liter of Light provides solar lights made out of an old plastic bottles filled with chlorine and water to communities without electricity throughout the region including the Philippines, India and Indonesia. PHOTO: Litre of Light/©John K Chua. 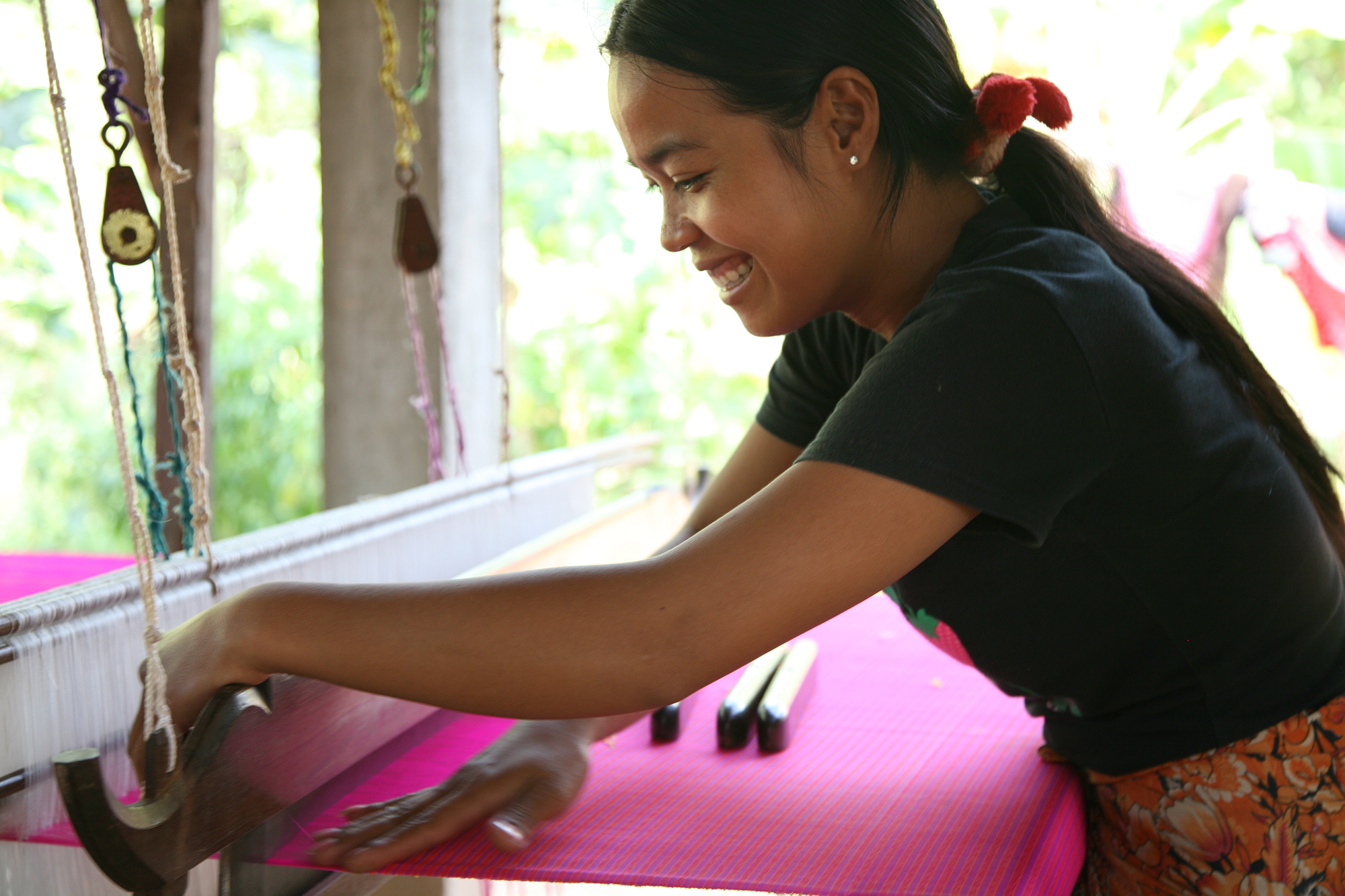 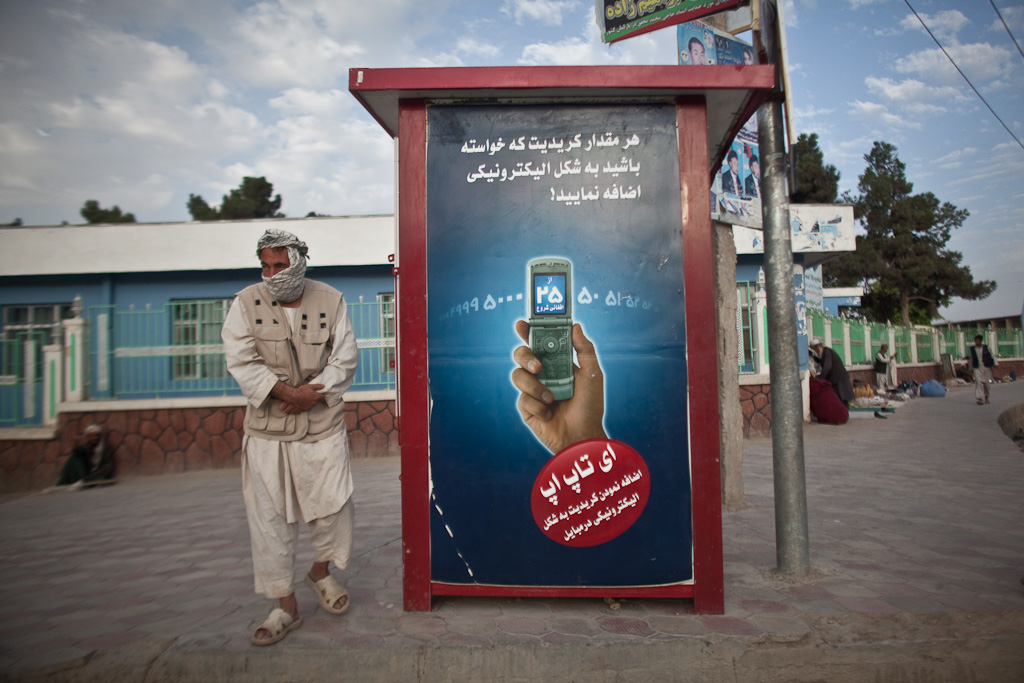 Mobile money is providing the unbanked community with financial services and the ability to make payments and send money to family members via their phone. PHOTO: Institute for Money, Technology and Financial Inclusion on Flickr. 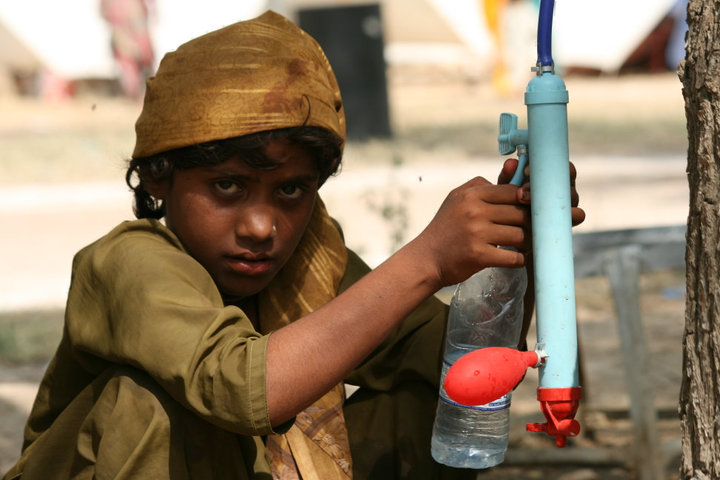 LifeStraw water purifiers are providing clean water for people throughout the region and supplied the first clean water many people in Pakistan had after the 2010 Pakistan Floods. PHOTO: Patrick Sieyes/Vestergaard Frandsen on Flickr. 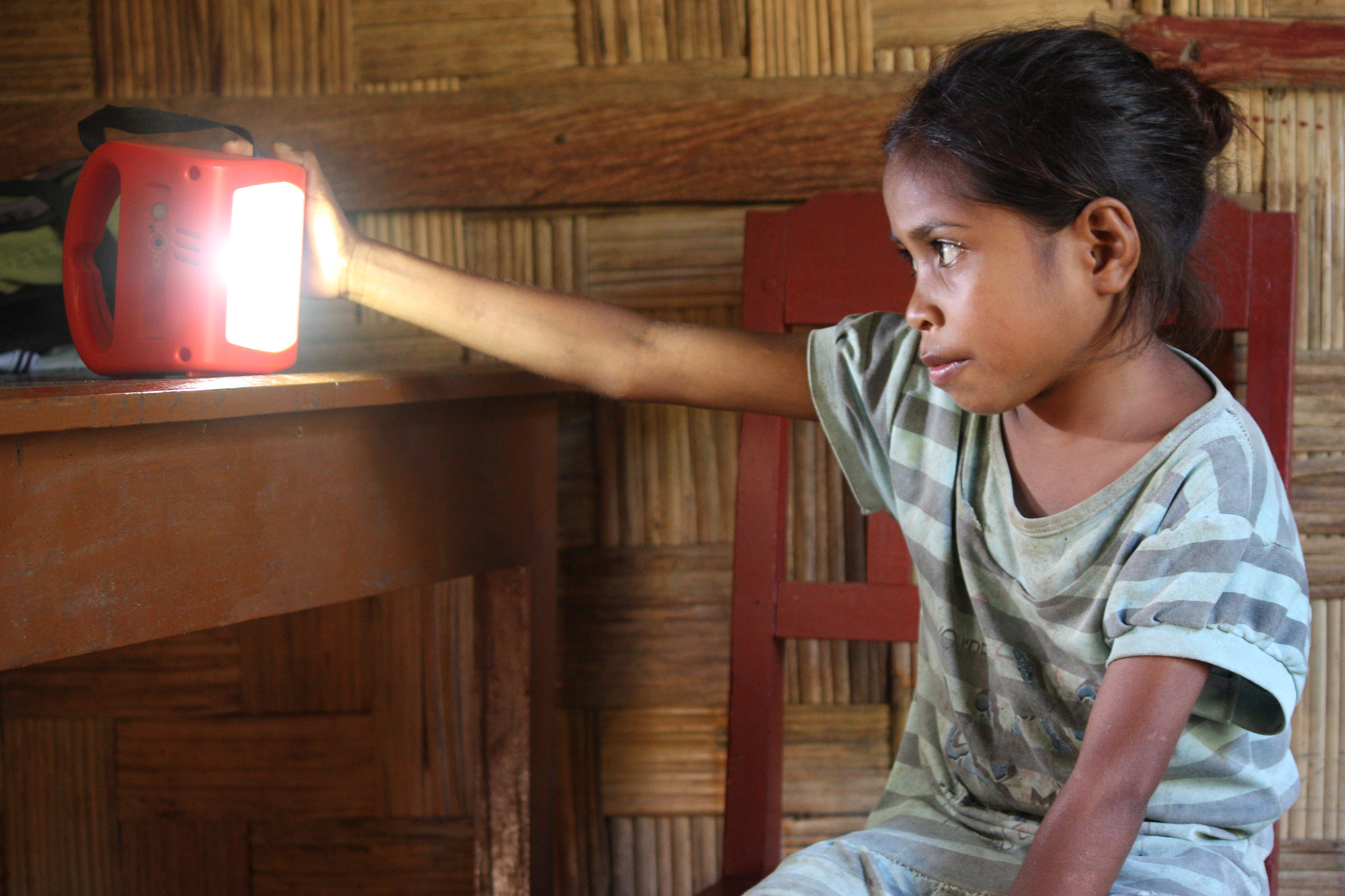 Battery powered solar lanterns made by d-light offer a durable lighting solution to people who do not have access to electricity. PHOTO: d-light. 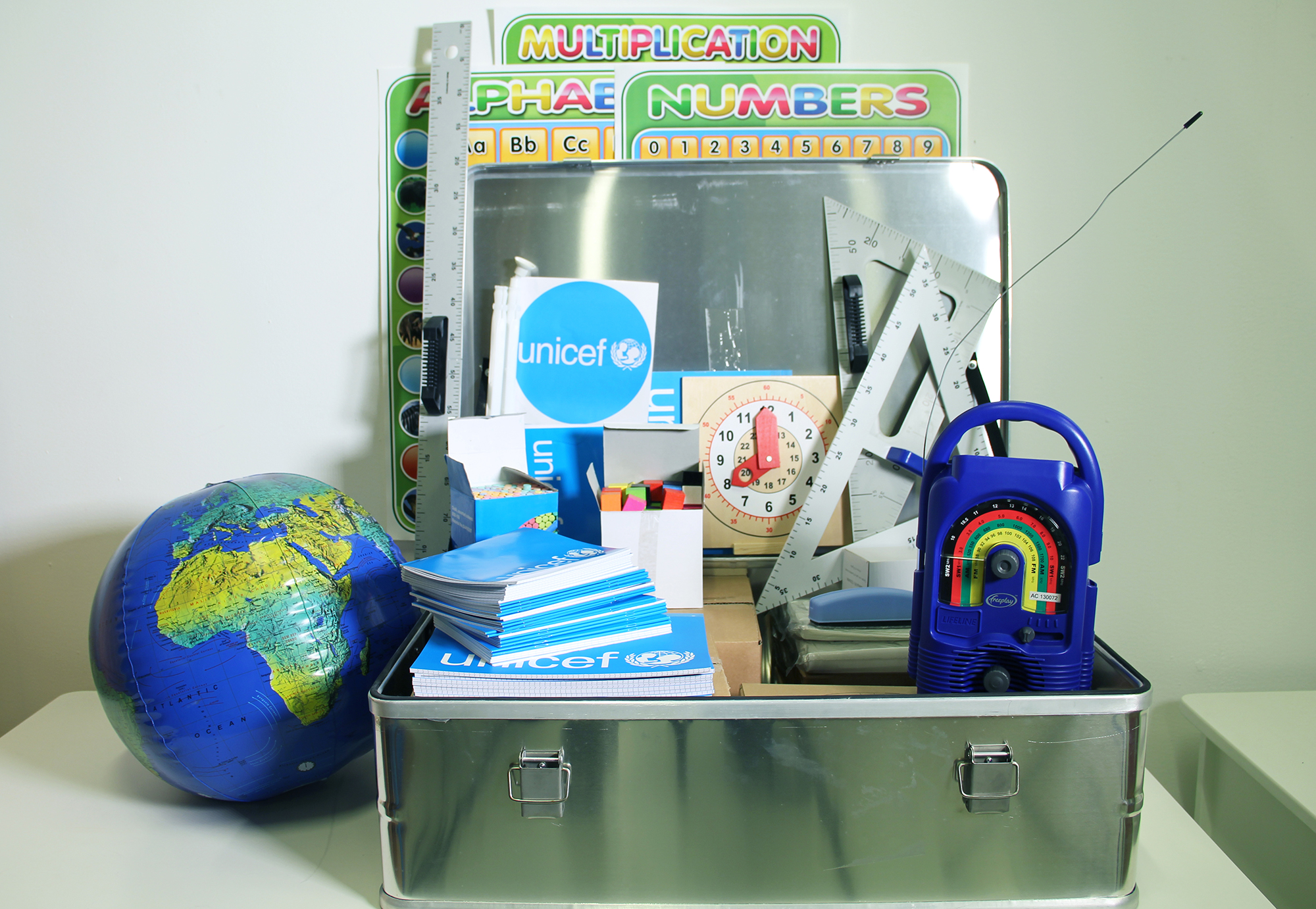 UNICEF’s school-in-a-box provides enough learning resources to last one teacher and 40 students for three months. The box contains books, pencils, erasers and scissors and even a wind-up solar radio, while the aluminium lid of the box doubles as a blackboard. PHOTO:©UNICEF/DENM2014-00380/Johansen.

A paper-based blood test being developed by a research team led by Associate Professor Wei Shen at Monash University which could offer a cost-effective, simple and fast sensor for lab and field use. PHOTO: Wei Shen.

A combination of new ideas, processes and products are transforming the way in which international aid is being delivered in the region and making a noticeable difference.

This growing culture of innovation in the international development sector is forecast to play an important role in tackling the public policy challenges in the region including climate change.

Looking to revolutionise aid delivery in the health sector is Wei Shen, Professor in the Department of Chemical Engineering at Monash University, Melbourne, who is leading a team currently developing a paper-based blood typing test.

Inspired by Tom Riddle’s blank diary from Harry Potter and the Chamber of Secrets, which would magically reply to its writers in absorbed ink, the bioactive paper-based test indicates the correct blood type by ‘writing’ it in blood.

The test works through text and symbols representing different blood types being printed on bioactive paper with inks made of antibodies. The antibodies react with a drop of blood of the matching blood type and aggregate into lumps inside the paper that cannot be washed away, resulting in the blood type being shown by letters formed by the blood. But the blood of non-matching types is washed away from the text printed in inks containing the different antibodies using a saline solution.

“We wanted to design something user friendly, so that people in places with no basic resources could still cope with disease diagnosis without relying on professionals.

“We are looking for the lowest possible cost, but the widest acceptance,” he said.

Shen said he is enthusiastic about the potential uses for the Australian Research Council-funded research, which is currently being commercially developed by Haemokinesis.

“It has great potential for both laboratory and field use and also reduces the amount of blood taken for tests which will impact mothers who often don’t want their child’s blood taken.

“I am also really interested in applying the test to Dengue Fever, to see if I am able to detect the disease and I am looking forward to seeing my students’ results,” he said.

Whether an idea is inspired by fiction like this paper-based blood test, years in the making, or the recognition that others already have a solution to a problem, the importance of innovation in international aid is being identified and acted upon in the region.

In June 2014, Australian Foreign Minister Julie Bishop called on the country’s aid program to “fly the Jolly Roger”, to challenge the status quo and promote innovation, as Steve Jobs had done over his small product development unit in the early days of Apple.

With innovation as the new ‘watch word’ for the way in which Australia will deliver aid in the future, the Department of Foreign Affairs and Trade is expected to formally launch a new Development Innovation Hub early this year.

“There are countless examples of businesses that fail to innovate, adapt and change and as a result they die, while those that see opportunities and innovate tend to prosper,” he said.

He said that the public policy challenge of climate change will require continuous innovation on an unprecedented level in the international development sector.

“This isn’t just focusing on the energy efficiency element of sustainability, we also need to consider other adaptation mechanisms – as a result some smart businesses are considering how climate change will impact on markets and are considering the impact on their operations – not only understanding the risks but also considering what opportunities may exist.”

Buttriss also highlighted the importance of stakeholder engagement, which encourages smarter choices and provides knowledge for innovation. He described the increase in user-friendliness of Shen’s paper-based blood test as an example of innovation that understands how new products and services impact people on the ground.

“This is in contrast to an old way of paternalistic thinking that seeks to impose things on people,” he said.

From providing light for those living in darkness, money to those without access to traditional banking systems or the restoration of a normal routine after a natural disaster, international aid in the region is being innovated.

The promotion of innovation in international aid is flicking the switch for innovative thinking and light bulb moments that are improving the lives of people throughout Asia and the Pacific.

Ella Fisher is an international communications professional who is about to begin working as an Australian Volunteer for International Development in Dhaka, Bangladesh.