Women are still underpaid and under-represented.

Why are women still underpaid and under-represented on the nation’s boards, asks Alison Booth.

It is a depressing, dismal and enduring fact that, despite decades of calls for change, well-meaning initiatives and societal awareness, women are still fundamentally under-represented on the nation’s boards, underpaid by employers and under-recruited in job interviews.

The average pay gap between men and women may be between 11 and 12 per cent, but that disguises some big numbers across different salary levels – what we call wages distribution.

But what is causing this? And why—even after decades of trying to change—haven’t we been able to even scratch the glass ceiling, let alone shatter it? The truth is the complex reasons behind it mean that the glass is made of tough stuff.

A fundamental challenge for labour economists like me is to identify the extent to which observed gender differences in pay for apparently identical men and women are due to discrimination, to other unobservable factors, or to intrinsic differences between men and women. 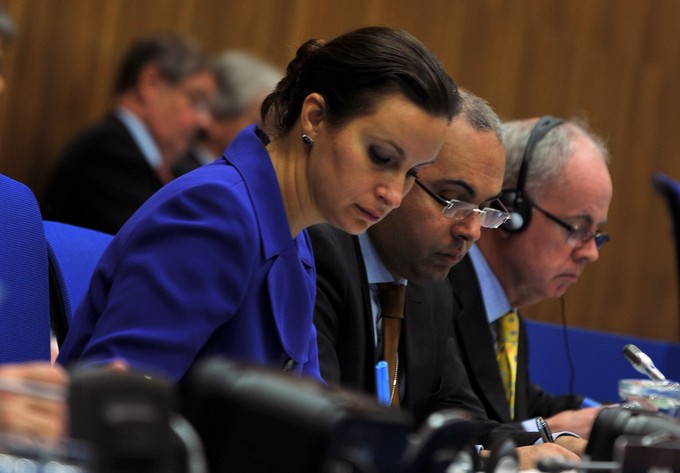 An example is expectations of family formation and fertility. This is private information, so employers base their behaviour on averages. That means women may not get pay increases, may not get promoted when they deserve to, and may not get offered the jobs they deserve. But statistical discrimination is not the only explanation for wage gaps.

One thing that certainly has an impact is that women’s willingness to pursue outside offers and their ability to accept these may differ from that of men, reinforcing their poorer position in the labour market. Moreover, many labour markets are hierarchical, and promotions and appointments procedures can widen gender pay gaps.

Additionally, promotion procedures favour men rather than women and promotion criteria can act to perpetuate gender gaps. For example, studies of US law firms show how criteria for promotion, like excessively long hours of work, can widen gender pay gaps towards the top of the lawyers’ wage distribution.

Prejudice or discrimination at the hiring stage can also matter because it can affect women’s willingness to bargain over offered wages.

Suppose for a second that a woman has overcome the hiring barrier for the organisation where she wishes to work and has actually got offered a job. Given this is hard—hiring procedures are not always impartial—the woman may be so grateful for the job offer that she will not bargain as aggressively as comparable men for her starting salary. Moreover, since her outside options are poorer, even if she were to bargain aggressively she would still get a smaller share of the cake.

Psychological studies also reveal why women suffer discrimination in some roles but not others. They suggest two forms of prejudice. First, women are perceived less favourably than men as potential leaders. Second, if women do manage to obtain a position of leadership they are then evaluated less favourably because they do not fit society’s prescriptions of what is appropriate behaviour for women.

Looking through the glass ceiling from above, what you can see below is a dismal, enduring and complex picture. But there are still steps we can take to find a way through the barrier.

Secondly, we should be encouraging the formation of networks. This is best done at the higher levels of an institution or organisation.

Finally, we need to make use of quotas to ensure increased female representation at the higher levels of companies and organisations. We need a critical mass of women in high positions in the public and private sectors, not just a few token women. And the more women we have in leadership roles, the more likely there will be role model effects, network formation and mentoring.

Norway is a beacon here. In 2008 it enforced mandatory 40 per cent quotas on corporate board membership at all publicly listed companies, and reached that target in one year.

Perhaps it is time for the Australian Government to follow Norway’s example. At the moment our government is implementing an incremental approach through the Workplace Gender Equality Act. The Act requires that all companies with 100 employees or more must disclose the gender composition of boards, executives, and at various levels throughout the company. The idea is presumably that if companies have to disclose and explain their proportions, female as well as remuneration, they will be more likely to change.

Is this going far enough? No. The current approach means it will takes years, if not decades, for gender equality to be achieved.

In the meantime, women are still hopefully tapping against a thick slab of glass.