Snatching defeat from the jaws of victory?

The unfolding failures in Australia’s vaccination rollout means a change of course is urgently needed – before the international border is fully opened, all Australians must have had the opportunity to be vaccinated with as efficacious a vaccine as possible, Quentin Grafton and Tom Kompas write.

On 8 April 2021, Prime Minister Scott Morrison, accompanied by Australia’s key public health officials, announced that the Australian Technical Advisory Group on Immunisation (ATAGI) recommended that the Pfizer vaccine is preferred for persons under 50 years of age. This is because of evidence of a very rare but serious side effect of blood clots associated with the AstraZeneca vaccine that may affect up to one in 100,000 people vaccinated.

The relative losers of the ATAGI announcement, thus far, are the 50 to 69-year-old demographic. This age group would apparently get AstraZeneca, a vaccine with an efficacy – the reduced probability of a vaccinated person getting COVID-19 symptoms compared to not being vaccinated – that is less than the Pfizer vaccine. Yet younger Australians, who are much less likely to suffer severe symptoms than older Australians, would get the preferred higher efficacy Pfizer.

Differences in efficacy across vaccines really matter. Pfizer provides about 95 per cent efficacy against standard variants of the virus, appears to reduce infectiousness by 90 per cent, has no identified serious side effects with adolescents, and has performed well in actual use in Israel in a study of 1.2 million people. By comparison, the efficacy of AstraZeneca is between 68 and 82 per cent for standard variants.

The third vaccine secured by the Australian Government is Novavax, which will be supplied from Europe – though Australia also has the capacity to eventually produce this vaccine. Novavax is expected to start to be delivered in Australia before the end of 2021. Like Pfizer, it also has high efficacy in trials – 89 per cent – including with the United Kingdom variant, but performs less well against the South African variant, with only 60 per cent efficacy. Enough doses of Novavax have apparently been secured to vaccinate every Australian.

The manufacturers of AstraZeneca, Pfizer, and Novavax all claim that their vaccines provide 100 per cent efficacy against getting severe symptoms that require hospitalisation. However, this claim is not supported in the analysis of the data of the published phase 2/3 clinical trials for AstraZeneca, and has yet to be confirmed for any of Australia’s three selected vaccines, including Pfizer, in relation to recently identified variants of the virus that cause more severe symptoms.

Fortunately for Australians, on 9 April – less than 24 hours after the ATAGI announcement – the prime minister announced that Australia had suddenly secured an additional 20 million doses (40 million in total) of Pfizer. These Pfizer doses, it is claimed, will be available before the end of 2021. This should mean that almost all adult Australians who wish to be vaccinated with the Pfizer vaccine will, eventually, get it.

The epidemic stopping question is why did it take until the 9 April for the Australian Government to ensure that all adult Australians who want it will have access to the most efficacious of the available vaccines?

The poorer efficacy of AstraZeneca has been known for months. New Zealand made the decision to switch exclusively to Pfizer on 8 March because of its higher efficacy. South Africa made the call to stop using AstraZeneca on 8 February because preliminary data indicated that it had low efficacy – possibly as low as 22 per cent – against the South African variant (B.1.351).

So long as Australia’s international border controls maintain effective 14-day supervised quarantine (New Zealand being the exception) until everyone who is eligible, and wishes to, has had the Pfizer or Novavax vaccine, the risks of a large outbreak remain low. Quarantine, testing and contact tracing, and physical distancing (including use of masks) when an outbreak occurs have kept almost all Australians safe. Public safety against COVID-19 also increases when all frontline medical staff and every worker who has any contact with people in quarantine are vaccinated with as efficacious a vaccine as possible.

A challenge going forward is that there are key misunderstandings about why Australia has been so successful in eliminating community transmission and the purpose of mass vaccination to prevent the spread of COVID-19. As we learnt in the early months of the pandemic, a lack of information quickly becomes misinformation that can be deadly and is associated with vaccine hesitancy. Thus, we must avoid the miscommunication that has already contributed to the unravelling of Australia’s vaccination rollout and a failure to deliver as promised.

Without a rapid course correction, Australia’s rollout and a premature opening of its international border could easily result in a third wave of COVID-19 infection, which has both bad public health and socio-economic outcomes. Before the international border is fully opened, all Australians must have had the opportunity to be vaccinated with as efficacious a vaccine as possible, such as Pfizer or Novavax.

Vaccination is not just an issue for the elderly and most at risk of severe symptoms or death. COVID-19 can result in long-term health problems (beyond four weeks), including for the young and middle-aged, reducing quality of life and possibly life expectancy. This may affect up to 30 per cent of those who get symptoms, while 10 per cent can have symptoms lasting longer than 12 weeks.

What has kept Australia (and New Zealand) safe from COVID-19 so far has been strict protocols on all arrivals from overseas, including testing and 14-day supervised quarantine. Without it, there is no doubt Australia would have had persistent and frequent reinfections from overseas arrivals that could easily have resulted in a full-blown COVID-19 epidemic.

Since late 2020, several variants of the virus have been identified that appear to be more infectious and cause more severe COVID-19 symptoms. These variants include the United Kingdom or Kent variant (B.1.1.7), the South African variant (B.1.351), and the Brazilian variant (P.1). The United Kingdom variant has been identified as a key cause of rapidly rising infections and hospitalisation in Europe, Canada, and many other countries.

As noted by Germany’s Chancellor Angela Merkel, Europe’s third wave is causing symptoms in a greater proportion of those who are not elderly, such that “now it’s middle-aged and also younger patients who must be ventilated.” Having a vaccine that has high efficacy against these variants, and is available to everyone in the world, is critical to stopping the pandemic.

Another misunderstanding in relation to the Australian vaccination rollout is herd immunity. Provided that vaccines prevent infections in addition to preventing symptoms, and if a sufficient proportion of the population are vaccinated, the unvaccinated are also protected from contracting the disease. This is because the ‘chain of infection’ is stopped, and while disease outbreaks may still occur, they do not lead to an epidemic.

To reach a herd immunity threshold from the newer and more infectious variants will, based on our calculations, would require at least 80 per cent of the Australian population be vaccinated. This is assuming all susceptible people receive the Pfizer vaccine, that it reduces infectiousness by 90 per cent, and that each infected person, on average, infects 3.5 people in the absence of social distancing or vaccination.

In our view, herd immunity is impossible under the original vaccination rollout whereby most Australians would receive the AstraZeneca vaccine. This is because of AstraZeneca’s lower efficacy. Lower efficacy likely means lower capability to reduce infectiousness compared to vaccines with higher efficacy, such Pfizer or Novavax.

Importantly, overcoming vaccine hesitancy is critical to achieving herd immunity. Fewer people will now accept the AstraZeneca vaccine because of the risk, albeit very low, of blood clots and because those vaccinated with AstraZeneca may not be allowed to get revaccinated later with either Pfizer or Novavax.

Meanwhile, countries like the United Kingdom and the United States that performed so badly in suppressing COVID-19 may possibly achieve herd immunity in 2021, well ahead of Australia, because of their highly effective vaccination programs and because a much higher proportion of their populations were infected.

At some point Australia’s 14-day quarantine will end, but it should not happen before Australia has made its best effort to achieve herd immunity. Given the potential for new variants to cause further outbreaks and the likelihood that antibodies for COVID-19 will decline over time, Australians will also likely need to be revaccinated periodically.

Even with vaccinations for all Australians it would still be sensible to maintain, indefinitely, low-cost border controls such as: rapid testing of all overseas arrivals so that only those with a negative test can leave the airport or port; proof of vaccination for all international travellers (with exceptions for infants or young children); and all passengers (with appropriate exceptions) be required to wear masks on aircraft and in airports.

Whichever way you look at it, from the social, economic or public health angles, this is a ‘no brainer’. The Australian Government must ensure that all Australians get vaccinated as soon possible with vaccines that are the least affected by jab-hesitancy and have the highest possible efficacy. This is the only acceptable way to achieve herd immunity. 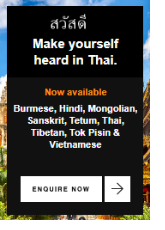 hen, and only then, should Australia’s supervised quarantine for all international (with exception of New Zealand) arrivals be relaxed. To do otherwise is to snatch defeat from the jaws of victory, and would place millions of Australians at risk of contracting COVID-19.

The information provided in this article does not substitute for, nor does it replace formal medical advice in relation to individual COVID-19 vaccinations. In all cases, anyone deciding to be vaccinated, when, and with what vaccine, should first consult with their GP.