The case for an Asian Research Area.

We need to develop a comprehensive framework for regional scientific cooperation: an Asian Research Area.

For example, the Obama Administration has instituted a range of science diplomacy initiatives with China. As countries such as China, India, and Korea become knowledge powerhouses, this science diplomacy will become as crucial as the more conventional economic diplomacy.

In Australia, public universities and governments have attempted to enhance research collaboration with the Indo-Pacific region, with targeted programs such as the Australia-India Strategic Research Fund. Leading research-intensive universities such as The Australian National University, University of Queensland, University of Melbourne and University of Sydney have made substantial investments in research collaboration with China, and the Chief Scientist Ian Chubb has led the calls for regional science cooperation.

Yet, much of this remains at the bilateral level, and is couched in terms of a geo-economic strategy to enhance national competiveness – as is evident in former Treasury Secretary Ken Henry’s Australia in the Asian century report, commissioned by the Gillard Government – or to enhance the relative rankings of individual higher educational institutions.

What is lacking is an understanding of how such collaboration might serve public purpose or benefit. In other words, we need to reconceive of research collaboration in terms of the broader collective good served by our public university system.

But to do this we must consider the public purposes and benefits beyond the box of the ‘national state’ and reconceive the public good as providing collective benefits at the regional or global level. Put differently, we need to rescale the public mission served by research collaboration. The crucial question is this: how do we redefine the ‘public’ as universities operate on global and regional scales?

And here the regional scale becomes crucial in helping shape a conception of a regional public good: measures or initiatives that promote and encourage regional coordination in order to deal with common challenges or problems. 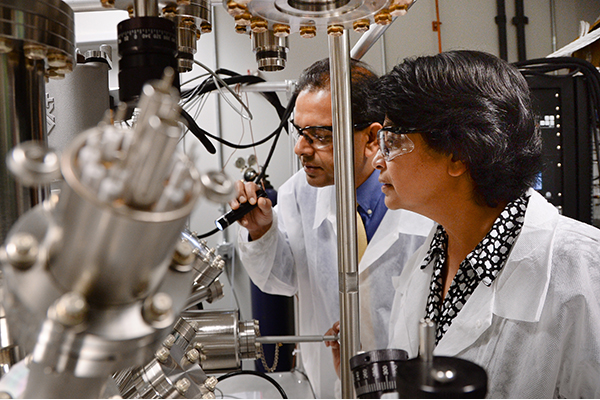 Regional cooperation on scientific research has the potential to enhance our capacity to solve problems – such as inequality, water, food, and health – that confront the region as whole. It is clear these challenges can only be confronted through global and regional cooperation.

Such a regional framework would enable us to reconceive of the public mission of the University in more global and regional contexts, in terms of its contribution to responding to pressing global and regional challenges. Collaboration on infrastructure will also serve as a counterweight to the militarisation of research in what are the global commons.

Moreover, enhancing regional cooperation has the benefit of developing research capacities in less developed countries while allowing these countries to participate in the development of research collaborative infrastructure.

Alongside these public good benefits, the development of an ARA will encourage the movement of academics, particularly early career academics and postdoctoral researchers. APEC has already looked at the possibility of business visas, but why not also facilitate academic mobility?

It is only by allowing such mobility that we can develop the organic grounds for research collaboration on projects and programs.

Of course, apart from its collective benefits, the proposed ARA will have tangible economic benefits for the development of knowledge-based services. However, the primary rationale for such research areas has to be in terms of the public or collective benefit it provides.

How might the ARA develop? The Asian Development Bank has the potential to play a crucial role in the possible funding of fledgling collaborative research platforms in areas such as food and health. It is precisely in such functional areas as research cooperation that regional solutions have displayed the greatest possibility of success, and this may well be the key ingredient for success of an ARA.

Regional public goods of the sort being discussed here do not require the construction of distinctive regional governance institutions. It is more a question of regionalising regulatory governance.

One such step could be through weaving a multilateral agreement between research funding agencies of Singapore, Hong Kong, Korea, China, Japan, India, and Australia. Such a regulatory network has the potential to initiate and lead the ARA. But this requires that these organisations are themselves more regionalised, so as to be open to funding and to facilitating research across the region, in order to deliver regional public goods.

Crucially, this also means giving the leading universities a clearer regional focus on cooperation on research infrastructure. Public universities have a pivotal role to play if we are to build an ARA. It will also enable public universities to focus on public goods, not just on the league tables that currently drive the internationalisation strategies of Australia’s leading research universities.

We should not underestimate the difficulties of instituting an ARA. The nationalistic and militaristic bias towards national research policies in the region makes such an initiative difficult.

However, the most important advantage of the ARA will be in enabling us to repurpose the public mission of our universities to deal with significant societal, scientific and governance challenges that confront us in the region. This would put the public good – not league tables – at the heart of strategies to promote the internationalisation of higher education institutions.