Should prisoners who remain radicalised at the end of jail sentences be allowed back into the community?

Radicalisation of young Muslim men (and perhaps women) is a burning current topic in Australian society. Some years ago when I was Chair of a COAG committee examining the efficiency and fairness of our then range of counterterrorism laws, I became aware of a new peril for the Australian community: the prospect of fervent young Muslim men travelling to Syria to join in the conflict, then returning to Australia, fully radicalised to extremist Islam. The fear was that this new and fervent extremism, aided by extensive military training overseas, would show itself in acts of violence – politically and religiously motivated – against Australians and their property.

The prospect of a new wave of terrorist activity occurring in our country prompted debate and discussion about the need to ‘beef up’ our laws to meet this threat head-on: hence, recent legislation declaring parts of other countries ‘no go’ zones without legitimate reason and new laws permitting the temporary suspension of passports.

For my part, I did not foresee then that the problem would, with the aid of the Internet and the digital age, result, to the extent it has, in radicalisation occurring within our shores. As events have shown, terrorist activity can be promoted without any of our so-called foreign fighters returning to Australia. The emergence of ISIS, its promotion of a Caliphate and its brutal but effective propaganda programme have demonstrated that this is so. 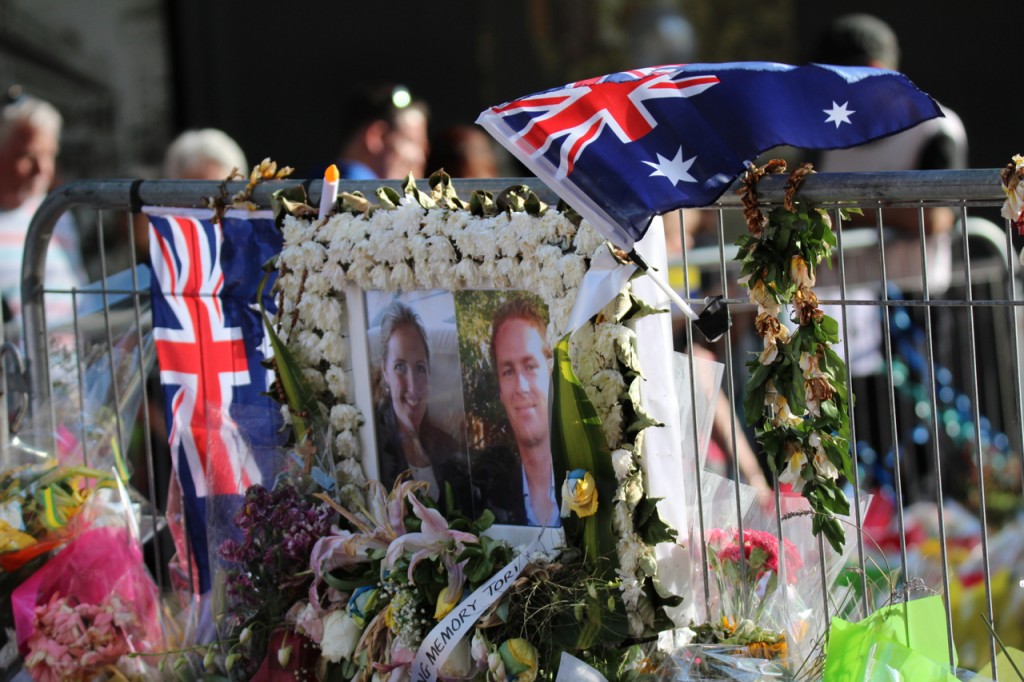 The process and the causes of radicalisation are complex. I do not propose to dwell on them in this article. What is clear, however, is that to protect the community there is a need to go beyond security and intelligence measures. Of course, the law cannot by itself stop terrorism in Australia. There is plainly a need to take proactive measures to prevent vulnerable individuals from falling into the pit of extremism. Equally there is a need – difficult though it may be – to rehabilitate those who have already embraced extremism by a process of both disengagement and deradicalisation.

My principal concern in this paper is the situation of the extremist radical prisoner who at the end of his prison term remains committed to the religious obligation to continue an armed struggle. This may, probably will, carry with it the obligation to harm the Australian people in an endeavour to ‘persuade’ the government to abandon its foreign policy in Muslim lands.

The stark question is – should prisoners who are unable to demonstrate that genuine disengagement from radical extremism at the end of their sentence be allowed to re-enter the civilian community and thus continue their domestic terrorism activities?

There are approximately a dozen or more prisoners in Australia serving lengthy sentences for serious terrorism offences. There are presently a handful of young men in prison awaiting trial on serious terrorism or related charges. Both these categories of prisoner are kept in maximum security and away from the general prison community. Their proximity to one another may be a factor in reinforcing their extremist ideals and principles.

In addition, there may be a significant body of prisoners serving sentences for non-terrorism offences who, for one reason or another, have become radicalised in prison. These ‘conversions’ may be known to the authorities or they may be hidden from the authorities.

There are three areas where a brake may be applied to the release of extremist radicals. The first – the Parole system – presently exists. The second, is the Commonwealth Control Order legislation. It may require amendment to have direct application to the body of radical prisoners due for release. The third – no doubt a last resort measure – is the possibility of legislation to obtain a court sanctioned order to keep a prisoner in detention at the expiry of the sentence where he or she presents a danger to the community. This legislation would be new, although it has counterparts in existing legislation throughout Australia in relation to sexual offenders and serious violent offenders.

The Parole’s system is complex. It is sufficient to say that courts, when they sentence for serious crimes, normally set a non-parole period (the minimum time a prisoner must remain in custody) and “a balance of term” – the parole period. In certain circumstances and subject to certain conditions, a prisoner if granted parole, may serve the rest of his term in the community.

There are complex and detailed systems for determining whether a prisoner should be released into the community at the end of his or her non-parole period. This is particularly so in the case of serious offenders where an adverse recommendation from the Serious Offenders Review Council may almost certainly leave the prisoner in jail for a lengthy period beyond the expiry of the non-parole period.

The Commonwealth Control Order legislation is also complex. It is not concerned with guilt or innocence but with the question of whether a person poses a threat of a terrorist act occurring or has trained with a terrorist organisation. With suitable amendments, the Control Order legislation could be made to apply to people who are serving lengthy terms for serious terrorism offences. Of course, the offender would be released into the community but there would be significant restraints on his movements and ability to communicate and participate with those likely to engender terrorism activity. Allied to this Commonwealth system there is State legislation that enables the Supreme Court to make orders for the extended supervision of prisoners upon their release from custody.

The principal point I suggest should be examined is whether we ought to consider legislation that will, in an appropriate case, and subject to court scrutiny, result in a dangerous terrorist prisoner being kept in custody at the end of his entire sentence.

The model for this type of legislation differs from state to state in Australia. In New South Wales it is the Crimes (High-risk offenders) Act 2006. This is a complex piece of legislation but, in simplistic terms, it enables a Supreme Court to make an order that a person remain in custody if the court is satisfied to a high degree of probability that they will commit a serious sex offence or a violent criminal offence if released.

The proposition I advance for debate is that prisoners who remain seriously radicalised at the end of their time in custody may clearly pose a very serious threat to the community upon release. The capacity to undertake a terrorist act or to assist in its preparation may be very high. Is it too much to ask of the community that they accept this risk? Distasteful as it is, is it not too much to demand that prisoners who pose that type of serious risk should retain in custody until and unless they can demonstrate their genuine rehabilitation?

The Honourable Anthony Whealy QC is Deputy Chair of the New South Wales Sentencing Court, Part-time Commissioner at the NSW Law Reform Commission, Consultant at the Judicial Commission of NSW and University Visitor at The Australian Catholic University.