Duterte and prospects for Bangsamoro peace

The president elect is undermining an already fragile peace

Since his 11 May election, Rodrigo Duterte has shocked the world with his calls for the killing of journalists, the posting of bounties for the extra judicial killings of drug lords, and his slew of sexist comments, to the point that his advisors are not letting him do any more interviews with the media.

The lewd and bombastic Davao mayor Duterte wants to be seen as a tough guy, but comes off as a loose cannon. He has already displayed problematic inconsistencies in policy, including the Bangsamoro Peace Process. 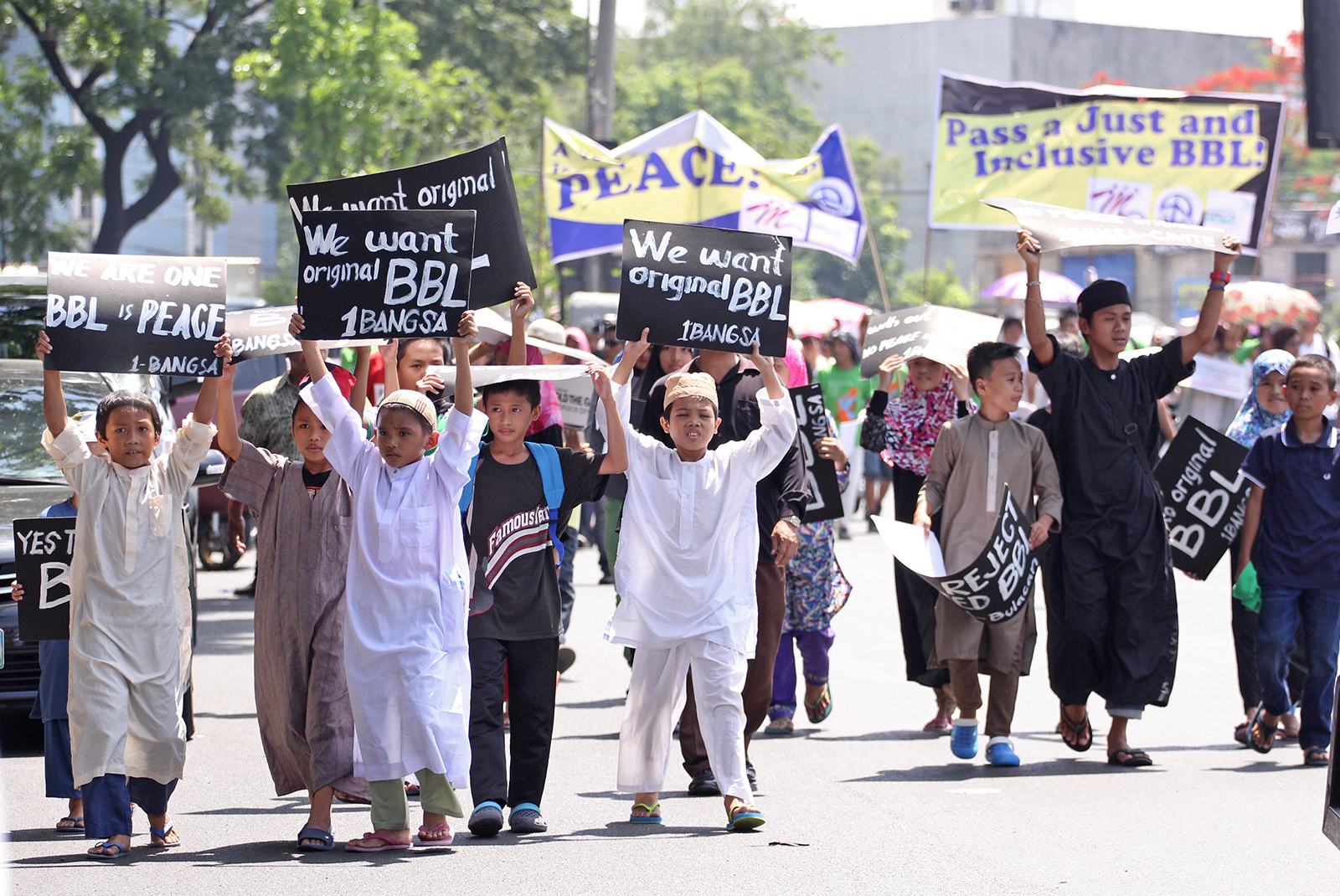 In December 2015, the House failed to pass the Bangsamoro Basic Law (BBL), meaning that by law the legislation had to be resubmitted to the next congress, which would have to start from scratch in terms of hearings and the legislative process. No presidential candidate condemned Congress’ inaction.

While none of the presidential candidates were against the peace process, their support for it was highly qualified. Only one, the President Aquino’s hand chosen successor, Mar Roxas, campaigned promising to push the BBL through Congress at the next session. All other candidates pledged support for the peace process in principle, but were very short on details.

While Duterte spoke of injustices and his centrepiece of political devolution through the establishment of a federal system, his support for the peace process was contradictory. In July 2015, he was critical of congressmen not from Mindanao who failed to understand local issues, and pledged his support for the BBL. He did travel to the MILF’s Camp Darapanan in February 2016, where in an audience with the Central Committee he spoke empathetically: “I know you are very frustrated and I know you are hurt. This could have created a problem had it not been for the moderation of the Central Committee.”

More importantly, he said that the BBL was a “template” for the country. But even here he said that he would only push for passage of the BBL if Congress embraced federalism. As he said: if federalism “will be undertaken by a Constitutional Commission, and thereafter if I am contented and it is gaining ground, BBL will be incorporated into the Constitution as an organic law of the Federal Republic of the Philippines.” Then he immediately contradicted himself: “if it [a constitutional amendment] takes time, and if only to defuse tension, in my government I will convince Congress to pass the BBL then make it as a template for federal states.” 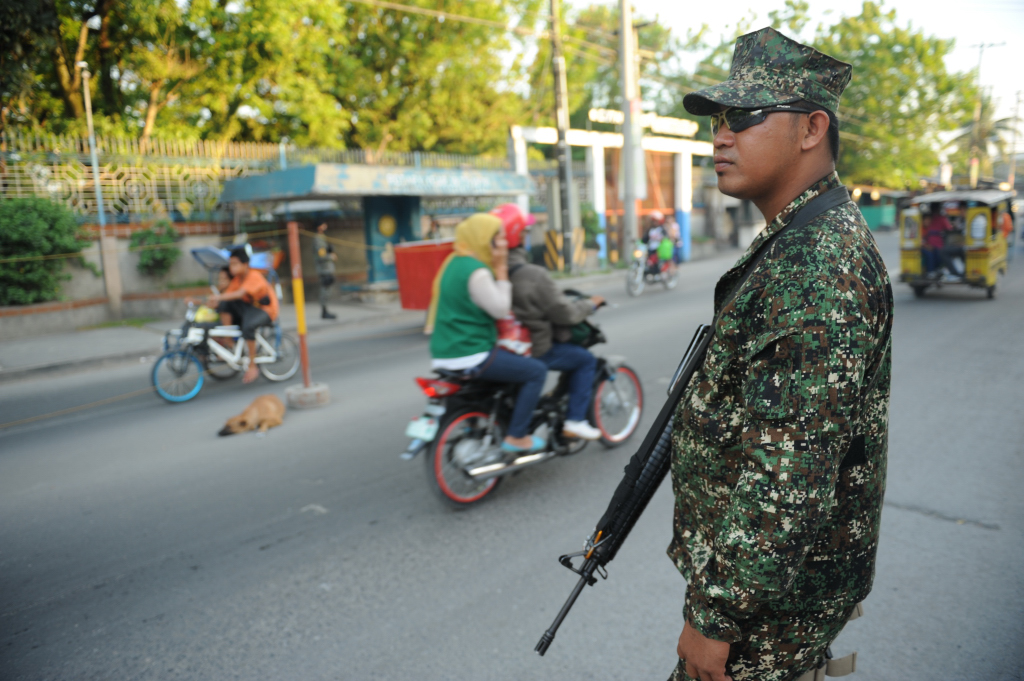 But the MILF’s hopes were soon dashed. Duterte is famously anti-Manila, and has threatened to run the country from his home in Davao, while surrounding himself with advisors from Mindanao. Traditional elites and technocrats from Manila and Makati have been largely shut out.

All conflict is local | Joseph Franco

On 28 May, Duterte backtracked and said that he would resubmit a version of the BBL. However, he wasn’t enthusiastic and seemed unwilling to use his electoral mandate to push for its passage. He again defaulted to federalism. ”If Congress cannot enact into law the proposed Bangsamoro Basic Law, then we can pursue our collective dream of peace and prosperity via federalism.”

Any constitutional amendment is by definition a tall order, requiring three-fourths approval by both houses of Congress, or a constitutional convention and then a popular referendum. Despite several attempts to amend the 1987 constitution, none have made it to the referendum phase.

“There are peculiarities that are unique to the Bangsamoro but are not present in the other possible federal states, which are predominantly Christians, such as the issues of shariah, madrasah systems, [the] need for Bangsamoro police, etc. Even in terms of narrative, the Moros have their distinct history.”

And they warned that without implementation of the CAB, there would be no disarmament or demobilisation. “How would he address the issue of MILF’s weapons and combatants and the need to normalise the situation?”

From 29-30 May, the respective peace panels met in Kuala Lumpur, where they issued a statement calling for the continuity of the peace process. It was the last meeting with the stalwart defenders of the Peace Process and advocates for the passage of the BBL, Ging Deles and Miriam Ferrer Coronel, who were condemned by critics in Congress as “traitors.” Indeed one congressional critic filed treason charges against them, which were only rejected by the Office of the Ombudsmen on 9 June 2016.

The parties signed the Declaration of Continuity of the Partnership of the GPH and MILF in the Bangsamoro Peace Process that pledged both sides to continue to fully implement the Comprehensive Agreement on the Bangsamoro. Though he did not attend the meeting, Duereza sent a note to the respective panels. While he did not explicitly state that the Duterte administration would push for congressional passage of the BBL, he said: “We intend to continue with the gains and build on those already done and achieved. The roadmap that we will traverse hereon will take policy guidance and direction from the new President when he assumes office on 30 June, 2016.”

Without a durable political solution, the southern Philippines looks likely to regress into pervasive insecurity, a growth of ungoverned space, with both national and regional security implications. Duterte’s statement that the Philippines will push for its claim to Sabah, which had been dormant since the first Aquino administration, is likely to infuriate Kuala Lumpur, already lacking enthusiasm to continue funding the International Monitoring Team or facilitating the peace process.

Duterte’s mixed messages have done little to assuage these fears.

Zachary Abuza, PhD, is Professor at the National War College where he specialises in Southeast Asian security issues. The view expressed here are his own, and do not reflect the views of the Department of Defense or National War College. Follow him on Twitter @ZachAbuza.

Zachary Abuza is a Professor at the National War College, in Washington, DC.