What should we expect from ASEAN in 2016 with Laos as Chair?

Laos is set to take over as Chair of ASEAN for 2016, but the country is ill-prepared for the logistical challenge posed by leadership of the organisation, and is likely to be cautious in pressing for reform.

It seems ironic that the Association of Southeast Asian Nations (ASEAN) is to embark upon a new era of economic integration presided over by its least developed, most impoverished member. The summit of ASEAN leaders to be held in Malaysia in November this year is due formally to announce establishment of the ASEAN Economic Community (AEC) as of 1 January 2016, the date on which the Lao People’s Democratic Republic (LPDR) takes over as Chair of the organisation.

The challenge for Laos will be enormous, in terms of logistics, capacity, policy, strategy and diplomacy. Already Laos has obtained agreement to hold the two annual leaders summits mandated by the ASEAN charter ‘back-to-back’, so rolling them into one meeting to be held in Vientiane in November 2016. Effectively eliminating the usual April meeting will give Laos badly needed breathing space, but it is hardly an encouraging sign for the success of the AEC.

Laos has been the venue for significant international events before, going back to when it was last Chair of ASEAN in 2004, and Vientiane has grown substantially since them. The logistical challenge is not so much in terms of infrastructure as in coordination and security. A larger challenge, however, lies in capacity and organisation. Over the course of a year, Lao public servants must be seconded to liaise with the ASEAN Secretariat to hold over 1,000 meetings on every aspect of ASEAN relations, and to tackle whatever problems that might arise in implementing the AEC.

For these tasks the Lao bureaucracy, used to working under the strict controls of an authoritarian, single-party regime, are ill-prepared. Crash courses in English, the common language of ASEAN, have been provided this year for Lao public servants, while capacity-building workshops have been held on the AEC and how it will work. It might be expected that the ASEAN Secretariat would shoulder much of the planning and organisation, but it is under-staffed and under-funded, and Lao will have much to do.

The first order of business in 2016 will be to implement the AEC, an ambitious plan to establish a free market for goods, services, and skilled labour and to free up movement of capital among member states. Originally the intention was to establish the AEC by 2020, but the date was then brought forward five years (except for the freer flow of capital). 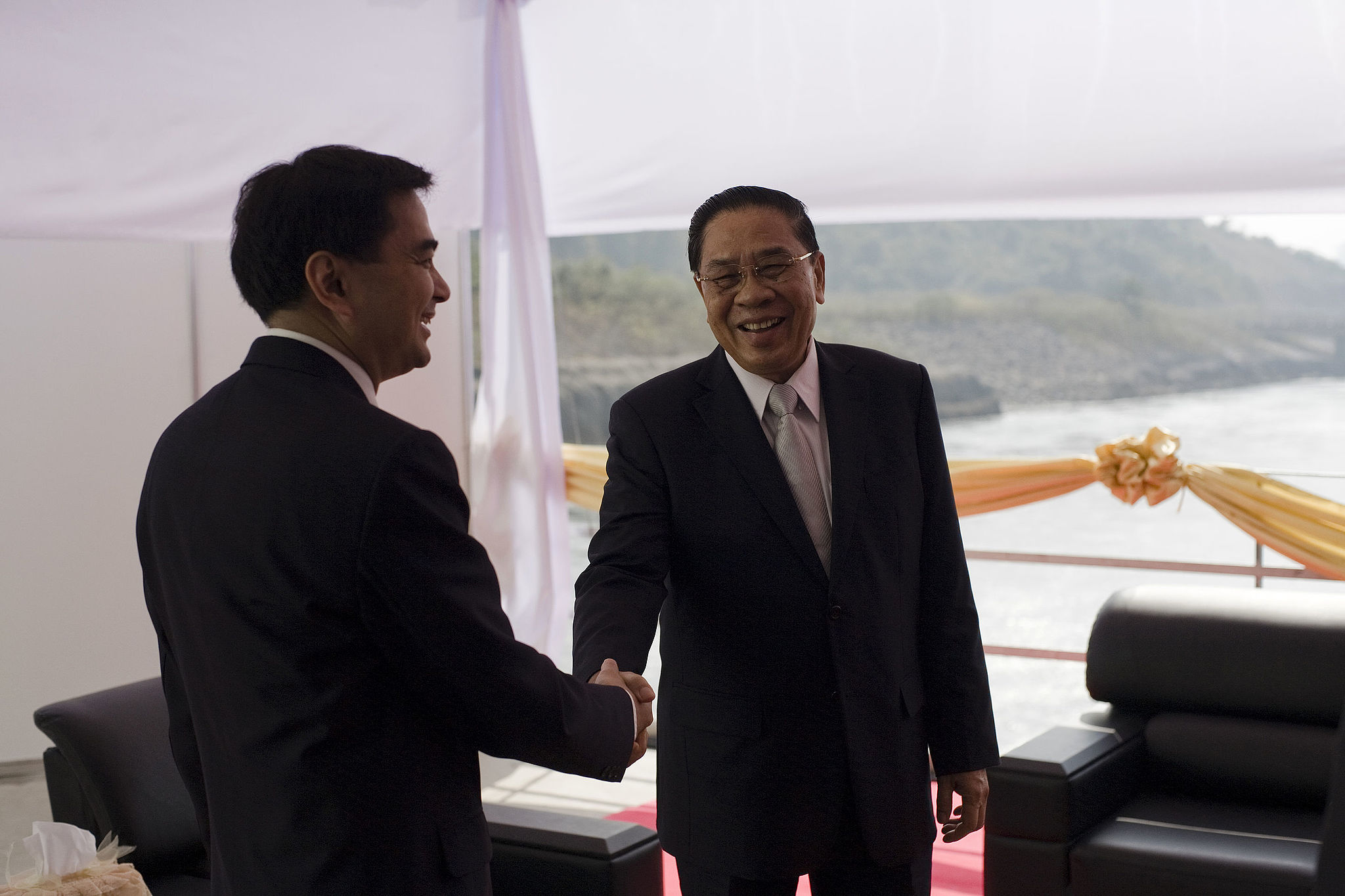 Image by Government of Thailand via Wikimedia Commons. https://commons.wikimedia.org/wiki/File:Choummaly_Sayasone_2010-12-9_1.jpg

Preparation for the AEC has so far entailed eliminating tariff barriers between the 10 member states, Laos along with Cambodia, Myanmar and Vietnam being the last to do so this year – a move that exposes these weaker economies to competition from stronger ones. But harmonisation of rules and regulations has been slower, and non-tariff barriers including customs regulations remain in place. Laos is likely to be reluctant to take the lead in dismantling these. Nor is it likely to be in a hurry to open up the remaining 90 or so of the 160 economic subsectors identified by ASEAN officials. In other words, despite its official inauguration at the end of this year, the AEC is likely to continue to be a work in progress.

Laos has neither the capacity nor the inclination to take a lead in policy development, except in respect to closing the gap between the poorer four states listed above and the wealthier six. The LPDR has already indicated that it would like to see more action on the Initiative for ASEAN Integration designed to ‘narrow the development gap’. Although this dates from 2000, little has been achieved to date.

Another strategic interest the Lao are keen to pursue is regional integration. Laos has already committed to building railways across the central Lao panhandle between Thailand and Vietnam, and from the Chinese border to Vientiane to connect to the Thai rail network and on to Singapore. Road connections are also being upgraded, all with a view to converting the country from ‘land-locked’ to ‘land-linked’.

The second of the rail projects is being financed by China, at a cost economists warn Laos is unlikely to recoup. China is now the largest investor in Laos, even though Thailand continues to dominate two-way trade. The two largest mining ventures in Laos, both originally Australian-owned, are now Chinese-controlled, along with hydro dams, plantations, and housing and shopping developments in Vientiane – some of which have been controversial. With increased investment has come greater political influence, which has allowed China to compete with Laos’ traditional ally, Vietnam.

Lao diplomacy has long aimed at balancing the influence of stronger neighbours, with the goal of preserving national independence and encouraging development aid. For this reason, Laos is unlikely to promote as strong a line on the South China Sea as Malaysia (a claimant) has done in warning that ‘land reclamation’ has “eroded trust and confidence and may undermine peace, security and stability”. But nor is Laos likely to follow the example of Cambodia when it was Chair of ASEAN in 2012, and tilt towards China.

We can expect the first year of the ASEAN Economic Community with Laos as Chair to be a time of teething troubles and treading water. The LPDR will be a cautious Chair, disinclined to take a lead in pressing for reform and careful in its diplomacy not to offend powerful neighbours. But the interests Laos can be expected to pursue – reducing development disparities and promoting regional integration – are both likely in the longer term to strengthen ASEAN as an institution.

Martin Stuart-Fox is Emeritus Professor of History in the School of Historical and Philosophical Inquiry, University of Queensland.