The challenge for good government

The last time I wrote for Policy Forum, some three years ago, I lamented Australia’s short-term adversarial politics that was preventing the development and implementation of evidence-based policy, and therefore ‘good government’.

Unfortunately, this situation has only gotten worse since then, with politicians becoming even more self-absorbed, generating further leadership instability, and a clear neglect of Australia’s national interests.

The most recent federal election was mostly driven by slogans rather than policy substance – there was virtually no longer-term vision or strategy, in perhaps the most challenging global economic and geopolitical circumstances since World War Two.

Doing good in the world of politics

The lack of bipartisanship on key long-term policy challenges has been a major weakness of Australian governments and their governing processes. Perhaps the only exception has been in the area of national security, where some 75 pieces of legislation have been driven through the Parliament since 9/11 with the support of both major parties, but more recently concern has begun to be expressed about some of the weaknesses and consequences of some of that legislation.

Voters are increasingly concerned. Support for the two major parties has declined from around 95 per cent in the late 1940s to some 70 per cent today. Even though Prime Minister Scott Morrison won a one-seat majority at the last election, the combined vote of the two parties still declined.

Elections have become little better than a choice between the lesser of two evils, with the electorate then having to live with the ‘evil of two lessers’ in terms of the lack of policy substance and strategy.

Overall, the political system has created a serious trust deficit, as perhaps demonstrated by the increasingly frequent calls for Royal Commissions, seen as independent and neutral from ‘normal’ government and policy processes, and instrumental in highlighting the significant failures of various institutions and governments.

Long-term issues and challenges have basically been ignored and left to drift, with the current government now having to live increasingly with the consequences of that neglect and drift in almost every area of public policy.

The ‘big’ issues that have been subject to indefensible drift are the likes of Indigenous recognition and disadvantage, defence and foreign positioning, and climate.

But key elements of the cost of living, with which a majority of Australians now really struggle, such as housing affordability, drought, banking, power, aged and disability care, childcare, medical coverage and insurance, and others, have come to a head in recent days.

In a few cases 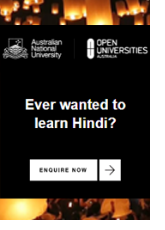 ; aged care, disability, and banking, Royal Commissions have been definitive in highlighting the poor cultures, practices, excesses and abuses in these sectors that have been to the detriment of customers, patients, employees, and to the broader community, resulting in important challenges for governments to respond urgently and effectively.

Unfortunately, this may be easier said than done.

For example, there have been some 20 reviews of aged care over the last couple of decades with few of their recommendations actually implemented.

Although the Hayne Royal Commission into banking and finance highlighted the banks’ culture of greed, demonstrating how excessive profits were achieved by ripping off customers, even dead ones, and ignoring the broader community responsibilities of their ‘social licence’, the government is yet to respond effectively.

Moreover, it is not clear what sustainable impact the findings will have on bank culture when bank boards are yet to accept the extent of their failings, and the regulatory authorities are still attempting to play catch up.

Unfortunately, in a very short-term focused political environment, the modus operandi of our governments in responding to Royal Commissions and other reviews has been to immediately express shock and horror at what has been revealed.

This is followed by promising to ‘implement all recommendations’, or at least quick and decisive action, and then hope that the intensity of the outrage and the pressure to respond will wane.

In time, the political game then moves them on to another issue, at another location, taking the media with them.

It seems that an honest and courageous response, that would see them sustain an issue and prosecute the case for a decisive and full policy response, for as long as it takes, using various forums and opportunities right across the country, and through all available media platforms, to achieve the desired outcome, is unthinkable to current politicians and political processes.

More often than not, government responses are little better than superficial band-aids which, at times, have actually made the issue worse in the longer-term – they just want to be doing something!

For example, a response to housing affordability has often been some form of ‘first homeowners grant’ which simply sees developers raise the price of homes.

Another example is the concentration of drought assistance as cash handouts to distressed farmers and regional communities, with virtually no initiatives in regenerative agriculture that would work to improve drought resistance and resilience.

The only effective response, right across government, calls for honest and courageous leadership, to develop and implement evidence-based policies in our national interest.

Perhaps to the surprise of this current batch of politicians, confronted by a disillusioned electorate, good policy could prove to be clever politics as well.