The challenge of Syrian refugees

Is Australia doing enough to respond to the refugee crisis?

Australia’s commitment to resettle 12,000 displaced people from Syria is a good start, but more needs to be done, John Hewson writes.

What do we stand for as a nation? How do we see ourselves? How do we want others to see us globally?

These are important questions when it comes to developing and implementing an appropriate response to the Syrian refugee crisis, probably the most significant humanitarian crisis in our lifetimes.

With almost half (estimates up to 11 million) of the Syrian population “displaced”, in one way or another, with the majority of those fleeing the country, at least until it is safe to return, the resettlement and funding challenges are enormous, and call for a global response.

These challenges are compounded by the complexities of the Syrian/Iraqi/IS situation for which there will be no easy short-term solutions, either diplomatically or militarily.  In all probability, it will be a long time, years or even decades, before it will be safe for people to return.

While key European countries such as Germany and France have opened their doors, the resistance of Eastern Europe, the closed doors of the wealthy Gulf States, the muted response of the UK, and the basic non-response of the US, are most disturbing.

Germany, for example, has taken some 800,000 refugees to date, roughly 0.1 per cent of their population. For Australia to do the same, while not advocating it, would see us accept some 230,000.

This challenge far outweighs the significance of any of our political leaders, and will probably exceed the length of their political careers. Their task is to step beyond the day-to-day, adversarial, negative, opportunistic politics, to assess this refugee challenge from the point of view of our longer-term national interest, and the further development of our economy and society.

They should begin by recognising their moral obligations, recognising our past role in the illegal Iraqi war, our recent renewed role against IS in Iraq, and now our decision to notionally bomb IS targets in Syria. 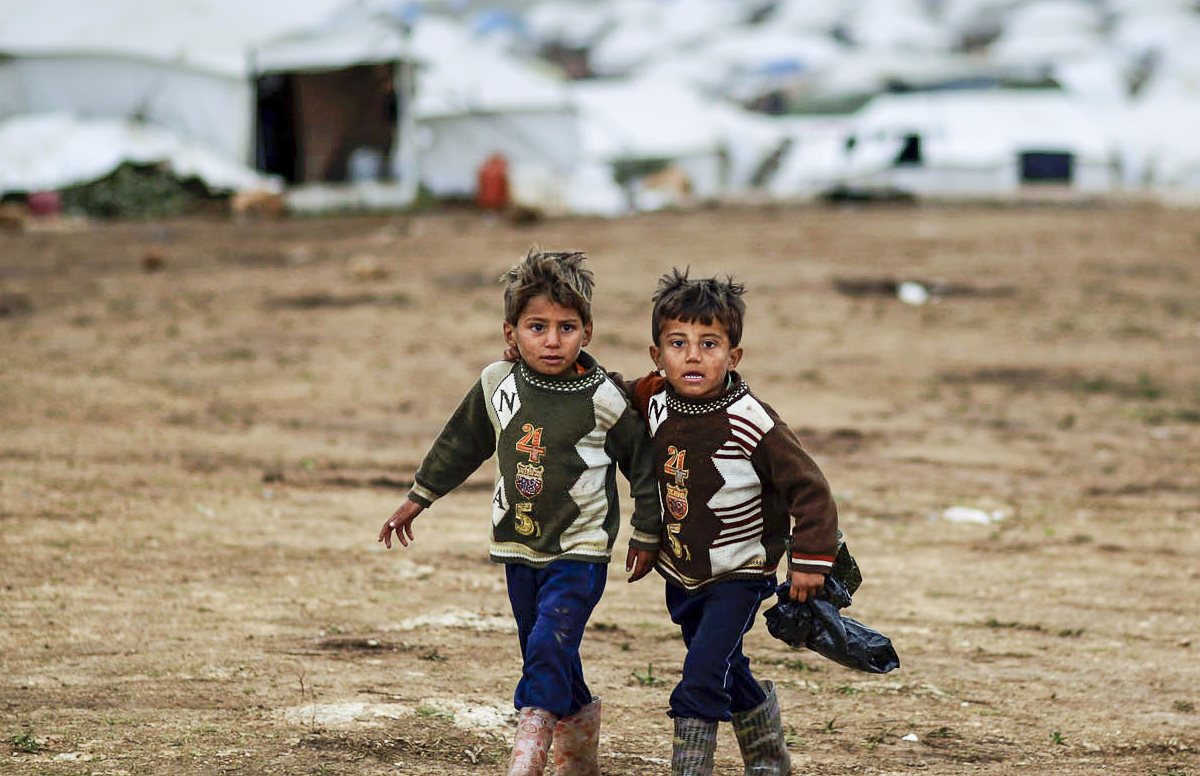 We have certainly contributed to the displacement, and we have found it relatively easy to spend and commit billions of dollars, and many lives, in the efforts of war. It should be equally easy to commit to, and to financially support, a significant Syrian refugee resettlement program.

They should also recognise just how successful we have been, especially since the Second World War, in building our nation on immigration, and having achieved a truly tolerant, multicultural, multi-religious, society. It is surely our greatest national achievement of the post-War era.

I distinctly remember, as a child in the 1950s, living near a migrant settlement camp, Hearne Bay, where, in those days, financially assisted migrants were placed initially, and helped to find work, housing, and schools for their kids.

They were provided with a start in a new life and Australia was launched on a significant and sustained path to economic prosperity.

It is disturbing that it seems to have taken the image of a small refugee boy, drowned and swept up on a Turkish beach, to jolt the global community into recognising the magnitude of the Syrian refugee disaster, and to begin to respond, almost five years after the conflict began.

Against this background, the Abbott Government’s commitment to resettle 12,000 additional refugees, with a focus on women and families with children, together with some additional financing for the UNHCR to assist other refugees, is a welcome beginning.

However, it is just a beginning, as it seems that the Syrian/IS conflict could last for many years. It will not be won by just bombing raids. Inevitably, it must be fought with troops on the ground but, even then, the need is to defeat a cult, and a culture, and it is hard to see how that will be done by military efforts alone.

We have made a modest stand, but somewhat more than many had thought the Abbott Government would manage. Nevertheless, it is a signal to others, especially the US, to do much more.

This piece was also published by the Southern Highland News.