The fading of a ‘university city’ vision

Where did it go wrong?

Dean Forbes on the challenges of turning Adelaide into a ‘university city’.

Reinventing Adelaide as a ‘university city’ had a certain resonance. It hosts Australia’s third oldest university with five Nobel Laureates in its community. Putting it into practice would prove difficult.

In June 2006 Premier Mike Rann stood in the South Australian Parliament to deliver a Ministerial Statement. He concluded: ‘Mr Speaker, I am determined that Adelaide will become Australia’s internationally recognised University City’.

Rann had pursued a top down approach, driven by a vague understanding of Singapore’s strategy to become a ‘global schoolhouse’ and supported by a clutch of high profile friends and associates. What could go wrong?

The strategy was newly announced, but the program was already underway. Two years earlier in October 2004 Rann had signed a Heads of Agreement with iCarnegie and the H. John Heinz III School of Public Policy and Management at Carnegie Mellon University (CMU). The intention was to create a ‘privately owned university’ in Adelaide.

The SA Government committed to ‘contribute financially, legislatively and in-kind to the establishment of the University’. Rann publicly acknowledged the role of Howard Government Ministers Alexander Downer, Brendan Nelson and Julie Bishop in getting Carnegie Mellon to Adelaide. 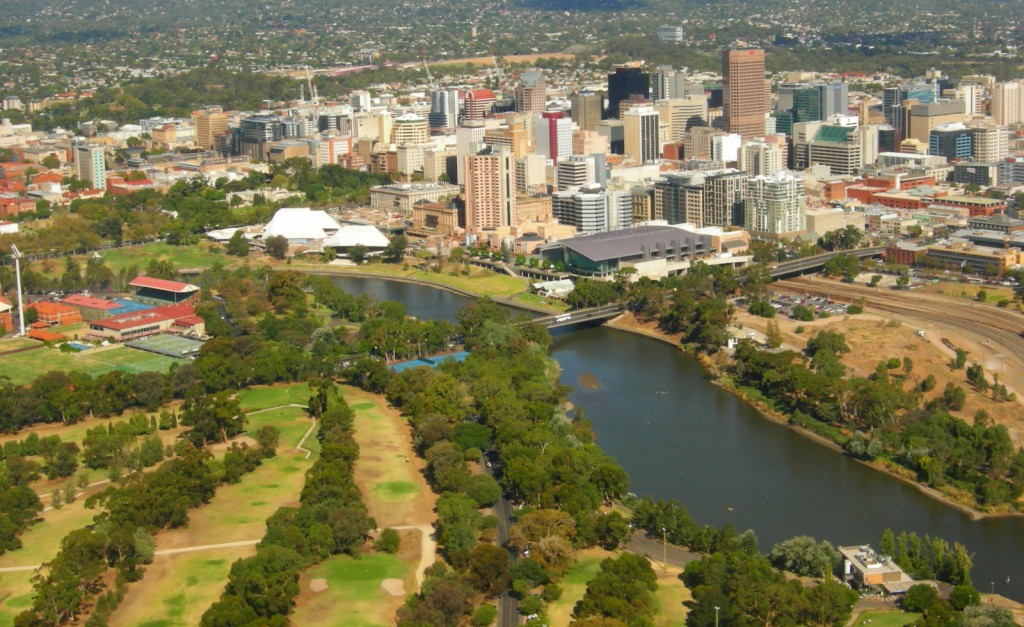 The South Australian Government had funded an Education Industry Development Council in the 1990s. By 2000 it had morphed into Education Adelaide with a focus on expanding international student numbers. It helped strengthen South Australia’s competitiveness and, despite a near death experience in recent years, it continues to be funded.

In contrast, the ‘university city’ has steadily lost momentum. Cranfield University, hoping to leverage defence activities in SA, signed on in 2006 but closed its Adelaide office in 2010. Kaplan, a major private provider of higher education, wound back its plans to establish a university in Adelaide substituting by offering business courses in four Australian cities.

The third major ‘university city’ partner, University College London (UCL), recently announced the closure of its Adelaide campus in 2017. The campus head, apparently unaware of the decision, resigned. It was a crushing blow. Apart from SA Government funding of $4.5 million, Santos and BHP Billiton had each committed $10 million to UCL.

On the positive side, with a helping hand from Rann’s friend, the formidable Baroness Professor Susan Greenfield, RiAus, an offshoot of the venerable Royal Institution, launched in Adelaide. Torrens University Australia, owned by the international giant Laureate, opened for students in 2014 and is digging in. Carnegie Mellon University, which has achieved financial viability, continues to deny rumors that it is looking for a way out.

However, while the signs around the Torrens Building in Victoria Square hint at a vibrant growth of foreign higher education providers, the words ‘university city’ are uttered sotto voce. There is no organic core.

Where did it go wrong? Mike Rann was the king of bling. He grasped the idea of a ‘university city’, stacked up heavyweight support, and set about luring high profile institutions to Adelaide.

There was no real ‘university city’ strategy initially. In due course an office in the Premier’s Department took carriage, focusing on attracting more international institutions to Adelaide, and providing generous support to the existing institutions.

The real weakness of the initiative stemmed from the Government’s attempt to create a ‘university city’ without successfully articulating the idea behind it, or of properly engaging the major SA universities in the exercise. Expecting to pay off the local universities with warm words and small research grants, while offering the newcomers privileged access to State, Commonwealth and corporate funds, was naïve.

It was unwise of the Government to go it alone in trying to build major links with foreign universities. Australian universities have proved successful at creating international teaching and research collaborations, and could have been more constructively engaged. That was central to Singapore’s successful strategy.

The stakeholders responded to Weatherill’s disinterest. In 2012, former UCL President and Provost Professor Malcolm Grant publically expressed his dismay, accusing the State Government of failing to drive the agenda.

What next for Adelaide as a ‘university city’? Despite much uncertainty, Education Adelaide has retained SA Government funding, and continues to support the attraction of international students to Adelaide. Several half-developed attempts to bring about a merger of at least two of Adelaide’s primary universities have led nowhere; it would be unwise to believe the idea won’t arise again.

Neither the Government nor the Opposition are likely to breathe life back into the ‘university city’ idea.

Nevertheless, building a bigger, stronger, resilient, knowledge-based economy remains a major challenge for South Australia, and the nation as a whole. Global knowledge links and partnerships are essential. To stand the best chance they need to be driven by companies and universities, preferably together, with the State and Federal Governments ensuring the pathways are kept clear. It poses a real challenge.

Dean Forbes is a Matthew Flinders Distinguished Professor at Flinders University’s School of International Studies and a Fellow of the Academy of Social Sciences in Australia.