The fine art of forecasting

How many people will really use Canberra’s light rail? Leo Dobes crunches the numbers.

An Oxford professor once reviewed forecasts made for road and rail projects in different countries. He found that they were invariably over-optimistic. His conclusion? Take a grain of salt with forecasts of future traffic for road projects. For rail, though, a grain of salt may not be anywhere near enough.

So how can we best put a figure on the likely number of passengers who will use the Gungahlin tram? Will it be 1,000 or 50,000, or perhaps Gungahlin’s share of the 55 per cent of Canberrans that the ACT government claims support the project?

One way is to cherry-pick your answers. Toronto used to be the pin-up city for those advocating public transport projects. Current favourites seem to be Portland and Singapore. Sydney’s failed monorail doesn’t even get a look in. But choosing only apparently successful cases risks a salty diet of optimism bias, especially if local Canberra conditions and population are significantly different to the example used.

Another method is to use existing transport statistics, a method seemingly favoured by ACT transport planners. Claiming that an observed percentage of commuters use buses may reflect reality, but it risks status quo bias. Commuters might strongly prefer to use their cars, but artificial politically-inspired limits on parking spaces, or their defective pricing, will distort the actual behaviour of commuters. Current observed behaviour will not provide a reliable guide to people’s preferences. 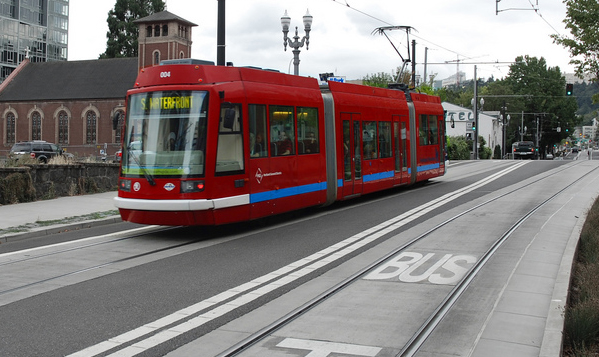 The problem is similar to one faced by supermarkets which introduce a new product, but don’t know what price to charge, or how much shelf space to make available. We can also think of the light rail proposal as a new product that has not previously been experienced in a Canberra setting.

Supermarket chains (and transport economists) often use specialised survey techniques to identify the demand for new goods and services. The key to these surveys is to get respondents to choose between different prices that they would be willing to pay in return for different characteristics of the new product.

For example, a supermarket executive may think that strawberry-flavoured cola will sell well. A questionnaire listing the attributes of this new product could include different amounts of bubbles, cola flavour, strawberry flavour, sugar content, as well as different prices for the various combinations. Based on trade-offs made by respondents in their choices, it is possible to estimate statistically the additional price that consumers would be willing to pay for a bit, or a lot more, strawberry flavour or other qualities.

Such survey techniques (called choice modelling) are not without their design challenges, so they are best left to specialists in the field. Some salt can also help to make more palatable the fact that no survey can generate an absolutely precise or certain answer. However, choice modelling remains the best available technique for products that are not yet available in the market place.

In the case of light rail, ACT residents could be asked to choose between different combinations that might include different travel time, frequency of service, the colour of the tram, hard seats versus soft seats, and cost. One of the options always included in a questionnaire is the status quo, which allows respondents to choose the option of no light rail at no additional cost.

Canberrans do not seem to be privy to the actual questions used in the Government’s survey that reportedly found that 55 per cent favoured the light rail project. But surveys that do not require respondents to indicate how much they would pay for each additional characteristic cannot generate realistic results because the demand for free lunches is almost limitless.

In the case of the light rail project, it would be important to include in the cost of each option not just the fare, but also the additional property rates that would need to be paid by each household for its construction. Just specifying the fare would produce a biased result.

Unless a rigorous ‘willingness to pay’ survey is carried out, magic puddings in Canberra may need to be served in future with a whole handful of salt.