Over the last year, Chinese society has seen the slow and steady rollout of a new era in democratisation, as the government relaxed its previously tight control of non-government organisations (NGOs).

The process began in March 2013 after successful earlier pilots in several southern cities. It is championed officially as a way to promote public participation and a step to further exercise local democracy. But after one year’s practice all over China, is it delivering a new dawn in democratisation?

The liberalisation has several aspects. NGOs and non-profit organisations which previously had to be registered as enterprises can now get registered as ‘social organisations’ (SOs). These can include industrial associations, science and technology SOs, charities, and rural and urban community services. 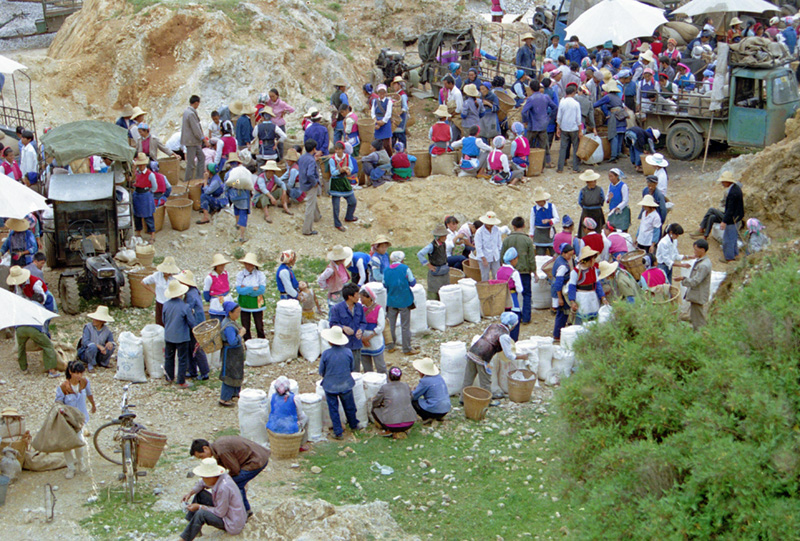 The level of government control is not the same as in the past. Before the reform, NGOs needed to be endorsed by the government departments that govern the relevant activities. These NGOs had to ‘invite’ government officials to ‘guide’ their practices, even if the officials were not playing an active role in the daily operation of the organisations. New regulation for SOs requires no such official guidance and the approval procedure was simplified. SOs now only need to register with the Ministry of Civil Affairs.

All of this has led to increasingly relaxed government control and regulation. By the end of 2014, the total number of SOs reached 547,000, up 9.6 per cent from the previous year. More than 3,000 charitable foundations were set up to support the operation of SOs and the sector provided more than 6.37 million people with jobs.

Whether or not the Chinese Government thinks the introduction of SOs has been a success, the booming number of these organisations mean that even if the state wanted to monitor the daily operation closely, it would not have the capacity.

SOs are expected to become an important actor in public sector reform. The idea is that in some social service provision in China, local governments would shift from service providers to fund-holders and regulators only, in particular those at the community level. SOs would bid for the licence to be service providers. This is in essence a quasi-market.

In some other services, the state would not even be the fund-holder. SOs would need to rely on funding from the private sector or the charitable funds to get resources.

There are, though, some disputes over this from observers, with some claiming that many services provided by SOs were originally the responsibility of the government. Given that the state continues to collect tax as before, the funding of these services should continue to be funded by the state.

The possible impact of a quasi-market aside, the introduction of SOs in China has an added-value given the current governing constraints. SOs do not need to work locally, and service providers can operate across regions and provinces. Strict boundaries imposed by the public administration system can partially be broken down as the funding of the SOs could be from outside the local government.

In theory, this breakthrough could help to overcome the long-lasting local protectionism within the government system and reduce exclusions against the migrant population.

A number of ways for user involvement have been trialled. Vouchers have been introduced in many community based services, in particular those related to pensioners and the disabled. In these systems, users are able to choose between different providers. For locational goods and services, the selection has been done through community voting. Users select from different packages of social services and if they are not happy, they can vote to change the provider in the next round.

However, it is also important to note that there are not yet detailed regulations on public disclosure of information in all places. Given that quite a large proportion of these people were not really served in the past, any service would generate positive feedback. As a result, they may not exercise their monitoring power as much as policymakers would like to see.

As users are expected to be involved in the monitoring process, they also need to be empowered. Failing to do so may lead to funding misuse or even corruption, as has already been exposed in some cases.

A perhaps surprising side effect of the new system is that it has exposed a serious shortage in well-trained social workers. The transition from a state-run to a society-driven social work system has left the best qualified social workers still working in the government system, where they enjoy better salaries and higher social status. The university system has been able to produce a large number of graduates and postgraduates from a social work background. But the reality is that after graduation the majority of them look for jobs outside the sector.

The workers needed by SOs are professional on-the-ground workers who would benefit from professional accreditation, which is falling far behind the demand in the Chinese education and training sector.

As a result, SOs may not yet be able to provide good quality services that would fulfil a socially acceptable standard. In this sense, it is still too early to replace all public sector service providers with SOs.

Obviously, these reforms are still at a very early stage in China and the pace of change is so fast that one can hardly anticipate what it may look like in another two years.

The reform could potentially change the relationship between the state, civil society, the private sector and individuals profoundly. It may also end the long era of production-driven society and mark the beginning of a more socially friendly society. But before the system is able to deliver long lasting improvement all over China, there may be a long and bumpy ride which will be mixed with difficulties as well as opportunities.