The Philippines between the US and China

The Philippines finds itself caught between the US and China over the South China Sea issue. It’s time the small state boxed clever with the big powers

The Philippines must assert itself to become an important player in the South China Sea and East Asian region, Aaron Jed Rabena argues.

The Philippines is stuck in a difficult position in the South China Sea (SCS), a small state caught between two great powers with lingering strategic and geopolitical disputes. The question is, how can it improve its strategic position in this awkward impasse?

Manila’s response has been a combination of soft strategy, or ‘Legalpolitik’, and external strategy.

The former refers to the Philippines’ filing of an arbitration case against China in the Permanent Court of Arbitration (PCA) at The Hague, Netherlands, to seek clarification on China’s nine-dash-line (9DL) claim and whether features in the SCS are eligible to Exclusive Economic Zones (EEZs) under the United Nations Convention on the Law of the Sea (UNCLOS).

The latter pertains to the Philippines’ pursuit of more robust defence and security cooperation with its strategic partners, the United States (US) and Japan, as evidenced by the signing of the 10-year Enhanced Defense Cooperation Agreement (EDCA), and the start of talks for the transfer of equipment and defense technology and a Visiting Forces Agreement (VFA), respectively.

The SCS issue and the US Rebalance to Asia (R2A) in 2011 have certainly made the Philippine-US bilateral and strategic cooperation much closer. However, the closer they become, the more Sino-Philippine relations seem to drift apart.

To have better relationships with both powers, the Philippines must adopt a ‘Three Imperatives’ strategy.

Manila must prioritise internal over external balancing, invoke strategic diplomacy or strategic engagement, and enhance participation in indirect patterns of interaction, such as regional institutions and multilateral initiatives.

Firstly, internal balancing can be achieved by developing itself economically from within, to harness independent capabilities and be more competitive in the international system. The Philippines badly needs to develop itself internally; being a small power has many disadvantages, including a weak military, underdeveloped economy, and a tendency to overly depend on allies and strategic partners.

In recent years, despite the Philippines’ economic growth rate of 6.3 per cent annually between 2010 and 2014, and the slew of credit upgrades from the international investment ratings agencies, the percentage of people living below the poverty line has narrowed only slightly.

In 2013 around 25 per cent of Filipinos, or 24 million people, were income-poor. In terms of foreign direct investments (FDIs), the Philippines lags behind its Southeast Asian neighbours, with the Economic Research Institute for ASEAN and East Asia (ERIA) noting that the country has one of the most restrictive foreign investment policies in the region. The benchmark for the Philippines should be when it was the second most economically developed country in Asia after Japan, in 1969.

Article II Section 7 of the 1987 Philippine Constitution expressly states that: “The State shall pursue an independent foreign policy.” To prevent the Philippines from being overly dependent on any one country, and to increase strategic capability and diplomatic freedom of action, the Philippines must get its own house in order, which includes making it a priority to rectify structural and domestic constraints preventing comprehensive development and continuous stability.

The Philippines’ internal problems (eg corruption, red tape, domestic politics, decades-old communist insurgency, and peace and order in Mindanao) have meant the government is pre-occupied with domestic issues, which makes it assume a subordinate role towards the US, and dependent on alliance systems for security, and even diplomatic and political support.

A small state’s strategic options and policy preferences would always be contingent upon its limited resources and actual capabilities. This insecurity and vulnerability of being a small power is one of the reasons why the Philippines often makes a “wish-list” for US aid, and why many in the country are insistent that under the 1951 Mutual Defense Treaty (MDT), Washington ought to defend the Philippines in the event of an armed conflict with China. There is also an expectation that the US is obligated to provide secondhand military hardware, rather than the Philippines upgrade its own defence systems. 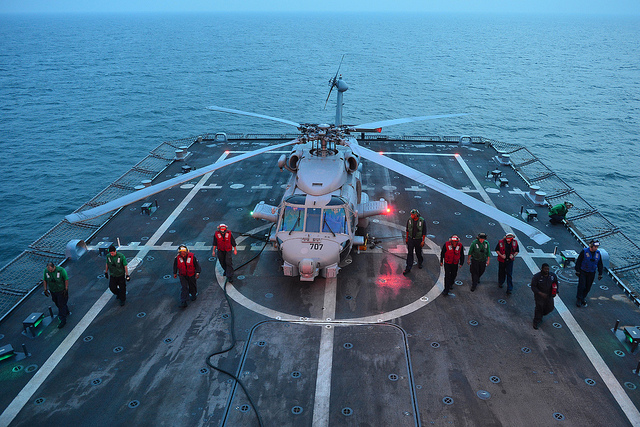 Two problems arise from an overly dependent attitude. Too much reliance could lead to a dependency mentality, thinking there is always an ally to turn to, which makes the country look more like a protectorate than an ally. In an alliance system, the greater the asymmetry, the greater the dependency.

Secondly, an overly-dependent state’s hedging value is diminished. The dependent state would be identified as a loyalist, warranting less diplomatic courtship from the other powerful state, leading to less leeway for strategic maneuverability.

A more developed and internally balanced Philippines would produce four positive results for all three parties – China, the Philippines, and the US.

Manila would become a more effective partner and ally in global and non-traditional security threats such as terrorism and piracy. The Philippines would send a message that it is more able to sit at the negotiating table with China as an equal, lessen dependence on the US, and have more say in the alliance dynamics. It would also dispel the Chinese notion that the Philippines is letting itself to be used as a pawn for US designs to contain China, and the domestic leftists’ belief that the Philippines is allowing itself to be exploited by the US. Finally, the Philippines could prove that it is not just a beneficiary or recipient of American aid and second-hand military hardware.

Secondly, the Philippines must adopt strategic diplomacy or be more strategic when it comes to engaging China – strategic in the sense that the other dimensions of international relations must be taken into account, and mindful of the many factors at play. There is a broad spectrum of areas that should be heeded as international relations or international politics is as much about deft diplomacy, economic and trade relations, and people-to-people (P2P) ties as it is about international law and hard power. It even extends to who is the better ‘geo-politician’ or ‘geo-strategist’ by seeing the interplay of these factors in the grand scheme of things.

Longer-term and broader-term thinking is important. For example, in spite of Malaysia’s dispute with China over the SCS, it was still assigned a key role in the latter’s One Belt, One Road (OBOR) Initiative. In 2014, Kuala Lumpur became Beijing’s third largest trade partner in Asia – the largest in ASEAN. The two even conducted their first bilateral military exercise, dubbed “Peace and Friendship 2014” in the same year.

Similarly, Vietnam continues to maintain high-level government-to-government (G2G) and party-to-party contact with China. As with Japan, in spite of its acrimonious territorial and historical disputes with China, both countries have agreed to establish a Procedures for Unexpected Military Encounters. Japanese Prime Minister Shinzo Abe also gave his blessing to the 3,000-strong Japanese political and business delegation to mark the China-Japan friendship with Beijing.

Even the Philippines’ closest ally the United States, is China’s biggest hedger; despite Sino-US differences over the SCS, East China Sea, cyber security, intellectual property, and trade and currency wars, both continue to deepen their engagement with one another. 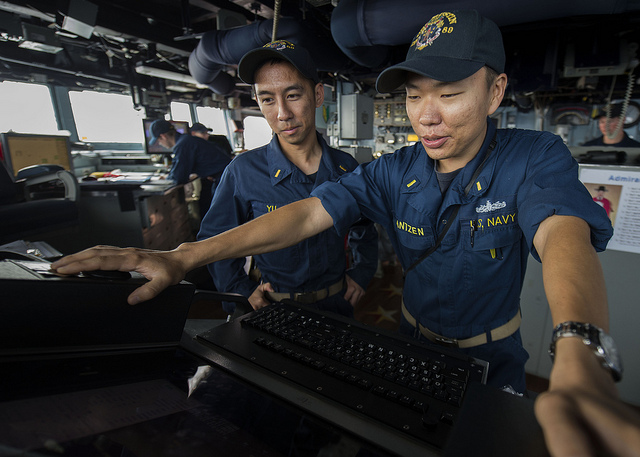 For example, both countries concluded an Army-to-Army Dialogue Mechanism, in order to boost US-China military-to-military ties. Moreover, the US State Department carries out the 100,000 Strong Initiative, which aims to increase the number and diversify the composition of Americans studying in China, and strengthen socio-cultural ties.

All these realpolitik-based approaches towards China cannot be said to be less patriotic or cowardly for engaging with China. The territorial disputes with China should not mean that the Philippines disengage or minimise engagement. Focusing too much on the legalistic and balancing aspects would only come at the cost of not being able to engage China on a much wider scale, thus lagging behind other countries. The Philippines already maintains a highly satisfactory relationship with the US, and therefore more work should be done to develop relations with China. This could not be of greater importance than in a Post-Arbitration scenario.

Moreover, there is a need to enhance activism on indirect bilateral or multilateral forms of cooperation, aside from direct bilateral ones. Regional institutions are repositories of functional projects and cooperative initiatives, which open channels for constructive engagement and positive interaction.

For instance, China and the Philippines would not have a free trade agreement (FTA) if not for the ASEAN-China Free Trade Area (ACFTA) signed in 2010. A China-Japan FTA would likewise not be in the works if not for the China-South Korea-Japan trilateral FTA initiative.

Recent initiatives that could be exploited are China’s Asian Infrastructure and Investment Bank (AIIB) and the OBOR Initiative. SCS territorial disputants Vietnam, Malaysia, and Brunei have all already signed up to join the AIIB ‘bankwagon.’ The Philippines should also resolutely join given that, as the World Bank noted, its spending on economic growth-boosters, such as roads, ports and airports, has been declining since the 1970s.

Essentially, by not engaging China more, the Philippines is seeming isolated or left behind, if the overall picture of the region is considered, and if legalistic and emotional impulses are allowed to take front burner position in the government’s China policy.

All things considered, the course of action for Manila should involve engagements with all, isolation from none, or the consideration of the balance of benefits and interests in engaging both big powers.

This, by far, is way better and more constructive than the classic trilateral strategy of pitting one against the other.

This piece was updated on 11 April 2019 to reflect changes requested by the author.

Aaron Jed Rabena is a Doctoral Candidate in International Relations at Shandong University in the People’s Republic of China.