Is peaceful protest a disruption to everyday life in a democracy, or an integral part of its process?

Restrictions on peaceful protest can turn the concerns of just a few into full-blown social movements.

Note to governments: if you treat peaceful protests as a nuisance, they will very soon become one.

Or to put it another way, authoritarian and forceful attempts to prevent or to disperse peaceful demonstrations can, paradoxically, unite protest crowd members against police and governments. In some cases that response from authorities can turn the concerns of just a few into full-blown social movements.

Take last year’s Hong Kong protests. On 26 September, a small group of students gathered peacefully near the Central Government offices, Hong Kong to protest Beijing’s attempts to limit the universal suffrage it had promised in upcoming elections. Nearing midnight, the protest crowd moved towards Civic Square, a site of previous assemblies that had recently been privatised and fenced off. They assembled here in an attempt to ‘reclaim’ the area, but were soon removed by police, some forcibly.

Before long, the crowd reassembled. Again, the protesters were surrounded by police who now, upping the ante, used pepper spray to try to break them up. The use of force was excessive and images of it spread through social media, galvanising the citizens of Hong Kong into action against authorities. 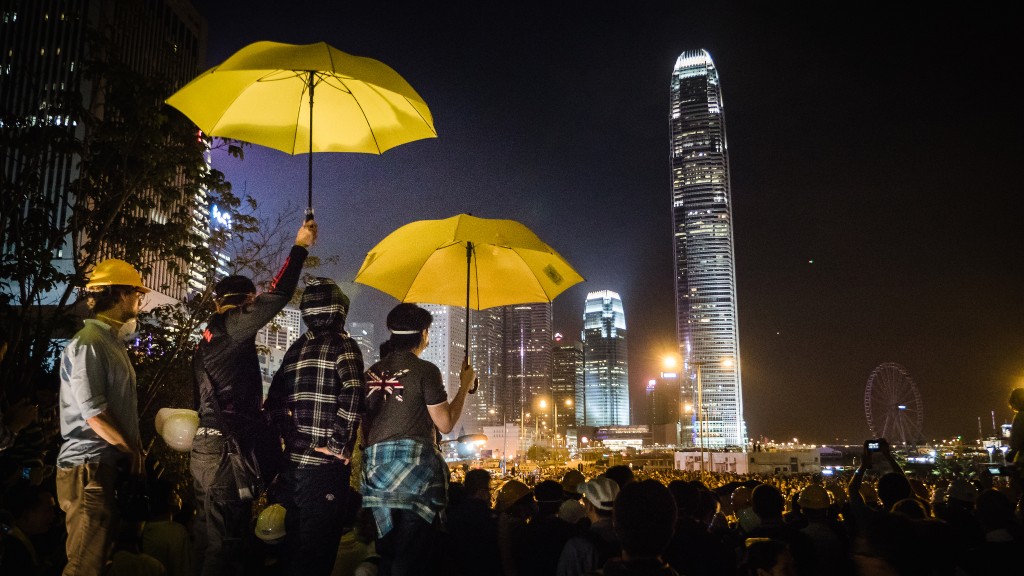 Up to 50,000 people joined the crowd the following day. Student and Occupy protests planned for October were brought forward while other crowds gathered throughout the island in sympathy. These assemblies were ‘unilaterally’ declared illegal by police, but protesters remained defiant, continuing to assemble in numbers so large that at times police were at times forced to withdraw. People from all walks of life continued to join the crowds, which remained assembled until the end of December, barricading roads, bringing the city’s financial hub to a standstill and garnering the attention of the West.

Last month Hong Kong’s leader Leung Chun-ying gave his first policy speech since the protests, labelling them illegal, and warning that they “risk sparking anarchy.” His comments echoed the police view that peaceful protest crowds are dangerous and subversive and as such will not be tolerated. For Leung Chun-ying, the protests stand apart from the everyday way life of citizens, and even put it at risk.

This is an easy characterisation to make, because it appeals to popular notions of crowds in which otherwise rational people necessarily ‘lose themselves’. But it is incorrect. People in crowds, even in stressful situations like disasters, are not unduly influenced by or swept up in the emotional states of other members. Crowd members can, however, together come to share a sense of solidarity which is based on a mutual view of the crowd they are in. Crucially, this view can be sparked by the way that others, particularly authorities, perceive the crowd and interact with it.

When authorities like those in Hong Kong use incorrect characterisations of peaceful protest crowds to justify pre-emptively arming police officers or employing harsh crowd control measures, they risk bringing about the very thing they are seeking to avoid. Harsh policing of protest crowds can unite a group of erstwhile strangers and can trigger larger, more vocal crowds that are almost impossible to control.

Police use of pepper spray on unarmed members of the Hong Kong crowd on the night of 26 September outraged the community and triggered thousands to join in the protest. The use of force from police, who had previously tolerated much larger protests, seemed only to validate the point of the protests in the first place. As crowd members protected themselves against the pepper spray and tear gas by shielding themselves with umbrellas, images of them doing so spread throughout the community and were shared on social media throughout the world. Umbrellas became a unifying symbol for the protests, a badge of membership in the same way that orange had become identified with the protests in Ukraine or green with those in Iran, rallying and drawing people together. Images of the protests feature seas of umbrellas and the term ‘umbrella revolution’ is now synonymous with them. 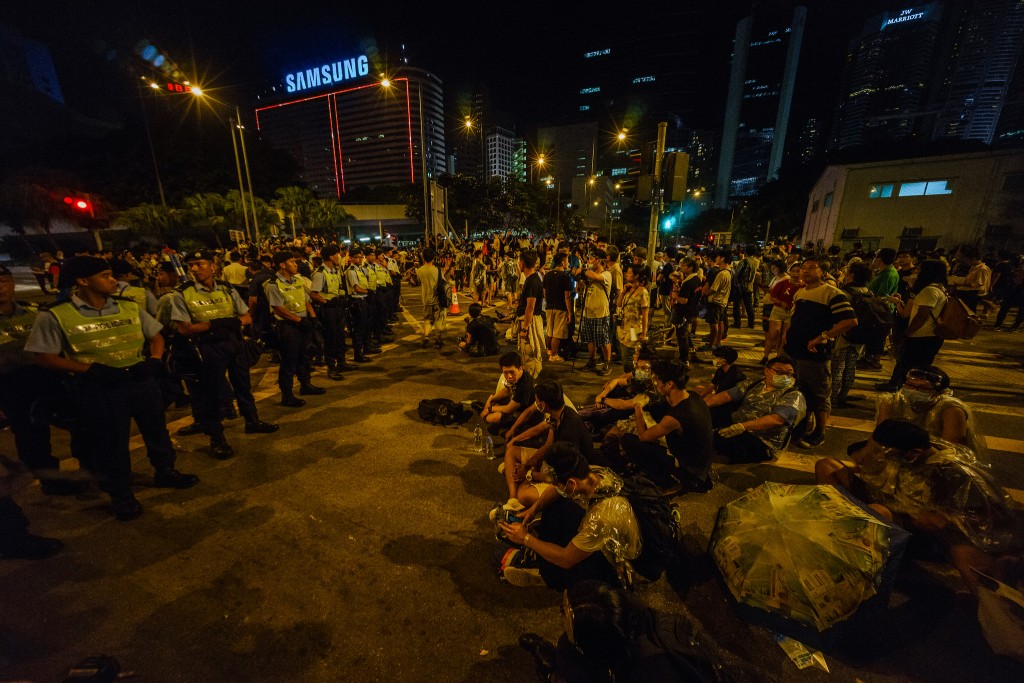 Of course the intolerant approach to peaceful protest in Hong Kong should be contextualised. Since 1997, China has been struggling not only to navigate its policy of ‘one country, two systems’ but with the very notion of democracy itself.

If officials do not want to see a repeat of last year’s protest crowds, they must understand that peaceful protest is inherently tied with freedom of expression and assembly. Peaceful protest is not a disruption to everyday life in a democracy, but an integral part of its very process and of the universal suffrage that they themselves had promised.

Officials must not just pay lip service to the right of peaceful protest. They must make it materially possible for people to enact that right. People must have access to spaces to gather and be allowed to do so without fear special laws or undue police force that risks their personal safety. Police statements like the one issued in Hong Kong in December that claimed to “respect the public’s freedoms of expressions” but that at the same time urged them to “refrain from conducting public meetings and processions” are recipes for strife and indicate how far the understandings are yet to evolve.

Until Beijing heeds calls to tolerate peaceful protests, they risk the spontaneous gathering of large crowds. They will paint themselves in opposition to the citizenry and public faith in the police that meted out harsh punishment during last year’s protests will continue to decline. The best way for officials to maintain the order they seek is by recognising and enabling peaceful protest as part of the democratic process. If Hong Kong authorities truly want a ‘one country, two systems’ structure, they would want to ease restrictions on peaceful protest.