The view from here

Food security is a pressing issue for the planet and the time for action has come, writes Quentin Grafton.

The picture you see was taken on Christmas Eve 1968 by William Anders on the Apollo 8 space mission.

Earth day is today, and it’s worth considering how much has changed in our world since that first manned journey around the moon. Back then the world’s population was 3.6 billion. It is now 7.3 billion, but projected to be 9.6 billion by 2050.

1968 was arguably the year hope died for many who wanted a better world. Robert (aka Bobby) Kennedy, and the Reverend Martin Luther King Junior were both assassinated in that critical year. Then there was the ending of the Prague Spring by Soviet tanks, the Paris student riots, a worsening conflict in Nigeria, and a low point in the Chinese Cultural Revolution, all in 1968. Such events changed the Zeitgeist of the time.

This, I contend, is why the picture of a small earth alone in space captured the imagination of all who saw it then, and all who see it today. It unites us all.

Despite the chaos of 1968, in the years since the world successfully overcame a pending global food crisis even though humanity was then growing at its fastest rate ever. In fact, even with this formidable challenge, global food supplies tripled and world per capita incomes, in real terms, more than doubled since 1968.

The very positive changes witnessed over the past 50 years or so did not just happen by accident. Investments were made in high-yielding crops varieties, knowledge was created and diffused, and gradually people were given opportunities in terms of better education, health care and employment.

It is worth considering these human triumphs when thinking about what we must do in the next 35 years as we face the human-created challenge of climate change. Challenges like the need to produce at least 60 per cent more food and how we respond to projected increased water demand of at least 50 per cent, and primary energy demand of 40 per cent by 2050. All of these will need to be done without damaging the soils and resources we need to feed the world.

Our past successes made many of us complacent in the 1990s and the early 2000s. It was thought that business as usual would continue to deliver the food and the environmental services that we all need, now and forever.

The rude awakening came 40 years later with the Global Financial Crisis. It showed that very large and unexpected shocks can happen almost out of the blue and be enormously damaging. Equally as important, it showed that past methods of decision-making and understanding risks had spectacularly failed.

Immediately before the global economic crisis the world had experienced a food crisis. Food prices rose some 80 per cent, on average, from 2005 to 2008 primarily as a result of high-energy prices, but also due to misguided policies to subsidize biofuels production. The end result was that globally an additional 100 million people became chronically undernourished.

The food price spikes of 2008-2011 show the systemic risks between food and energy. Recent droughts, such as Australia’s Millennium Drought that ended in 2010, or the California drought that is continuing in 2015, illustrate our critical dependence on water for food production and the environmental services.

Unlike in 1968, in 2015 we are approaching, or perhaps have passed, key planetary limits. Simply put, it is not physically possible to continue extracting water at an increasing rate in many of the key food growing regions of the world. Instead, we need an alternative vision that has been called ‘sustainable intensification’.

I interpret sustainable intensification as increasing food production, but without using more arable land or inputs, such as water, that would degrade our long-term ability to produce food or irreparably damage critical environmental systems.

Full consideration of the systemic risks across food, energy and water, and the collective impacts on the environment, are achievable. It is no pipe dream. But it will not happen by simply wishing it, by moral exhortations that we become vegans, or by resting on past laurels.

Too often we wring our hands, take amazing pictures to illustrate our despair, make documentaries, swarm together on social media and care loudly and publicly.

We have telegraphed the problem to the world. Now we must fix it.

The global food, energy and water risks of today demand nothing less than a ‘paradigm shift’ in how we see the world, and how we make decisions. What is required are ways to help decision-makers make better decisions, whether it be a farmer, a catchment manager or a president. 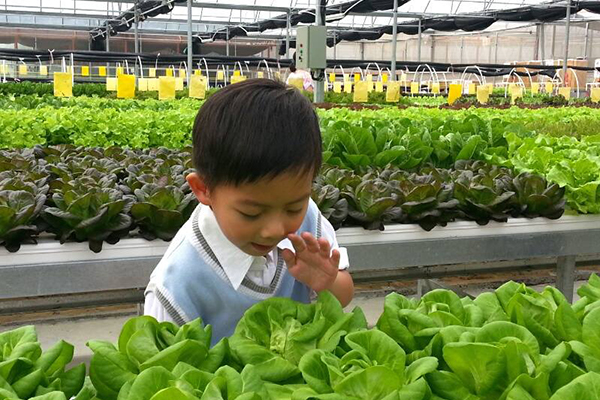 My colleagues and I in the Food, Energy, Environment and Water (FE2W) Network have developed a Risk and Opportunities Assessment for Decision-making that accounts for systemic risks and gives options about how to make better decisions.

The time and effort required to apply our Risk and Opportunities framework will depend on the decisions at hand. For a subsistence farmer it may be a simple and virtually costless process, but one that would provide a more systematic way to assess and mitigate risks. By contrast, for a state water department, it could be much more involved, considering multiple triggers, threats, risks and opportunities with a range of decision controls and options. Such a framework is urgently needed in the food, energy, environment and water space.

There is no question that the world faces major challenges over the coming decades in the context of food, energy, the environment and water.

The time for action is at hand. Many opportunities exist, and better decision-making can deliver solutions to the challenges that we face. We know what to do and where to begin our work.

In the next 35 years we cannot deploy the solutions of the 20th Century. Increasing food supplies at the expense of irreversible soil loss or the mining of key aquifers, or much greater greenhouse gas emissions, is no longer sustainable, if it ever was.

Now an alternative path is required. This pathway to the future demands better decision-making that connects the dots across food, energy, environment and water. It requires decisions that fully account for the value chains from the ‘farm gate to the dinner plate’. It needs integrated assessment and management to promote resilient food-energy-water systems that can withstand unexpected and negative shocks. And it demands decisions that do not compromise future sustainability.

Better, risk-based decisions are needed if we are to navigate the perfect storm that lies ahead of us to 2050. This is not a journey we can take by ourselves, but if we work together we can continue to feed the world. Most importantly, we can do this in ways that do not compromise our common future and make us both resilient to risks and responsive to opportunities.