Tigers, rhinos, and a bitter pill for conservation

Why did China reverse its ban on the use of endangered animal products in traditional medicine?

To avoid policy confusion and help repair its damaged reputation, China should unambiguously reinstate its long-standing ban on the trade of tiger and rhino parts, Peter Li writes.

On 29 October 2018, China announced its decision to lift a ban imposed in 1993 on rhino and tiger products used for Traditional Chinese Medicine (TCM).

This announcement was an official reversal in favour of the medicinal and other uses of rhino and tiger products, and is arguably a monumental setback for China’s wildlife protection efforts.

Conservation and wildlife experts around the world expressed deep concern over the long-term impact of this policy change on the fate of the remaining individuals of the two iconic species in the wild. To Chinese wildlife activists, the policy change represented a major blow to China’s reputation in the global coalition for wildlife protection.

In the face of this global outcry, on 12 November Chinese authorities changed track, stating that the lifting of the ban has been “postponed after study”. It is unclear how long this postponement will last.

But why did China lift the ban in the first place?

As a famous saying goes, Rome was not built in a day. The policy reversal was a result of years of efforts made by a coalition of forces since 1993.

In the late 1980s, two commercial breeding centres for raising tigers purposely for use in TCM were created with local government endorsement. For years, they have lobbied for a reversal of the 1993 policy. Their effort was most coordinated in 2015-2016, when China’s National People’s Congress was revising the largely defunct and toothless Wildlife Protection Law adopted in 1989.

China’s single rhino farmer is another active opponent of the 1993 ban. The business was started in 2005 for the purpose of using farmed rhino horns for TCM use – 12 years after the 1993 ban was implemented.

In 2006, the first group of 12 rhinos were imported to the farm’s breeding ‘experiment centre’ in Hainan Island. Close to 100 or more rhinos were later shipped to the centre and a new facility in Southwest Yunnan. To the parent company, ending the 1993 ban on the medicinal use of rhino horns is the only way to achieve a return on investment.

Supporters of wildlife utilisation make up the second largest group that has worked for reversing the 1993 policy. It includes some of the country’s top scientists in wildlife and public health fields. One academic in the field of medicine and public health has defended the exploitation of wildlife in nationalistic terms, accusing critics of entertaining ulterior motives for undermining TCM and for introducing Western pharmaceutical products into China.

The most responsible actors behind the policy change, however, are the Chinese authorities themselves.

In October 2005, the Chinese government supported a policy proposal on turning Traditional Chinese Medicine production into a strategic and globally-oriented business to be protected by the state. The fact that rhino farming was started in 2006 was partly attributable to the state’s promotion of TCM production. 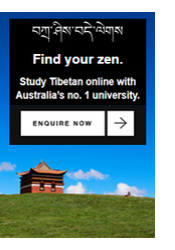 The two above-mentioned tiger farms could not have survived much longer with the 1993 ban in place. For years, the two farms were engaged in the production and marketing of ‘tiger bone wine’, in contravention of the ban and with local authorities turning a blind eye.

Following the launch of the rhino farming ‘experiment’, the State Forestry Bureau reportedly pulled together a group of experts and scientists to certify the rhino horn shaving technology.

In 2012, the People’s Daily, the official organ of the ruling Chinese Communist Party, gave a glowing report on the rhino farming operation calling it a “breakthrough” that could contribute to public health of humanity.

The most decisive step taken by the Chinese government was the revised Wildlife Protection Law (WPL) of 2016. In this revised WPL, Article 25 advanced the concept of “captive-bred offspring,” thereby allowing captive animals to be treated differently from animals in the wild, while Article 29 allowed the use of these animals for medicinal purposes.

These two articles laid the groundwork for the future lifting of the 1993 ban. It’s important to recognise that it’s not entirely clear why Chinese authorities back-flipped on the policy change just two weeks after it was announced.

The postponement could have been the result of the global criticism, which seemed to shock the Chinese authorities. Alternatively, it could also be due to the lack of consensus on the best implementation measures for managing the trade of rhino and tiger parts.

To worldwide wildlife protectionists, there is only one solution to the current confusion: reinstating the 1993 ban. The commercial interest of the wildlife farming industry is no national interest of China. The Chinese authorities should stand on the right side of history.

Peter J Li is Associate Professor of East Asian Politics and Researcher on China’s Animal Protection Policy at the University of Houston-Downtown.