The controversial Trans-Pacific Partnership is about more than just free trade.

The Trans-Pacific Partnership (TPP) is not just a trade agreement – it is a key instrument in America’s ‘pivot to Asia’. After all, Asia is where most of the economic action is expected to be during the rest of 21st century.

Over the last half decade, 49 per cent of patents granted in the US, originated in the US. Nineteen per cent originated in Japan and a little over 5 per cent originated in Germany. China accounted for 2 per cent while India accounted for less than 1 per cent. These numbers illustrate that China and India do not currently have the same vested interest in patent protection as the US and Japan. Thus, if China is in a position to orchestrate the structure and details of a trade agreement, it is unlikely that patent protection will rank highly.

This is why President Obama has repeatedly warned that: “If we [in the US] don’t write the rules, […] China’s going to write the rules and the geopolitical implications of China writing the rules for trade almost inevitably means that we will be cut out or we will be deeply disadvantaged.”

Even though the details of the TPP are yet to be finalised, on the basis of various leaked drafts of chapters of the TPP agreement in conjunction with predictable misgivings of anti-free trade stalwarts, a number of major criticisms of the TPP have emerged.

First, other bilateral free trade agreements (BFTAs) in Australia do not appear to have been particularly impactful on trade. Other much more powerful economic forces appear more important. For example, from 2004 to 2014, Australia’s exports to China rose from 9 per cent of total Australian exports to 37 per cent. Meanwhile, Australian imports from China rose from 11 per cent of total Australian imports to 20 per cent. This rapid growth in trade occurred in the absence of a free trade agreement. It was driven by much more powerful forces, including China’s determined push to urbanise, as well as China’s rapid industrialisation, which had, in turn, been influenced by a stunning two-thirds depreciation in China’s real effective exchange rate between 1981 and 2004.

A 2010 Productivity Commission research report suggested the benefits of existing BFTAs were limited and studies by the Australian Chamber of Commerce and Industry and HSBC research concluded similarly.

While the evidence for the power of BFTAs seems to point correctly to their limitations, it must be kept in mind that the TPP is a multilateral agreement, involving currently Australia, Brunei, Canada, Chile, Japan, Malaysia, Mexico, New Zealand, Peru, Singapore, the United States, and Vietnam.

To the extent that this agreement can move beyond the limitations of bilateralism and perhaps draw in other nations once established, it may provide a pathway to a generally less restricted and more freely competitive global environment. This in turn will likely promote a more efficient structure of global production and trade, and in the long run provide the basis for higher material living standards for all. In this regard, it is worth noting, that while the Productivity Commission research report was somewhat sceptical about the power of BFTAs, it was generally positive in its response to multilateral arrangements; indeed, the more multilateral the better. 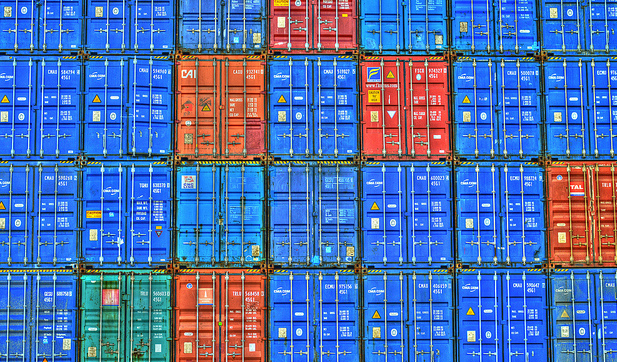 A second major criticism of the TPP is that the scope for major benefits from ever freer trade may have diminished appreciably. This is because, as Nobel Prize Laureate, Paul Krugman writes: “there just isn’t much more protectionism to eliminate.”

Consider the Australian case. Back in 1970-71, the average rates of effective assistance to manufacturing and agriculture were 35 per cent and 27 per cent respectively. By the early 2010s, the respective rates had fallen to 4 per cent and a little over 2 per cent. There does not appear to be much scope for major change here.

Proponents of the TPP argue that further advances can be made in the area of services, and property ownership rights. Whether these changes would attract public support, though, is hard to say. Extending the life of patents and copyrights is unlikely to be warmly received. Similarly, granting corporations the right to sue sovereign governments for constraining corporations retailing dangerous products (such as cigarettes) will not be well received. Much, it seems, will depend on the – yet to be seen – details of the proposals.

A third major criticism revolves around the secrecy of the proceedings. Often complex agreements involving give and take arrangements are best hammered out by expert negotiators who can freely explore and debate all manner of options away from the glare of publicity. While there are clearly pluses and minuses associated with this, in a democracy the public or their representatives do get the opportunity to accept or reject the final product.

And there’s the rub. What will be the final form of the product? If the negotiators can somehow produce an agreement that is fair and balanced: an agreement that provides ‘an even playing field’ for all participants, then the TPP may set a new standard, not only for international trade around the Pacific Rim, but elsewhere as well.

Len Perry is an academic economist. He teaches, writes and commentates on the areas of macroeconomics, labour economics and Asia’s economic performance.