Turkey shifts focus to the East

From ramping up humanitarian aid to opening a raft of new embassies, Turkey is focused on building relationships with the Asia-Pacific region, writes Erdoğan Albay.

Turkey is a relative newcomer to the Asia-Pacific region. Nonetheless, it has succeeded in rapidly expanding its regional footprint in a remarkably short period of time.

The Asia-Pacific region has typically been a low priority for Turkish foreign policymakers and only gained wider attention with the coming to power of the Justice and Development Party (AKP) in November 2002. The ascent of the AKP marked a significant shift in Turkey’s perspective of the world, allowing it to cast its foreign policy net into much wider waters to hitherto neglected regions such as Africa, Latin America and the Asia Pacific.

Reaching out to the Asia-Pacific region, the fastest growing economic arena in the world, for trade and investment opportunities, has become an absolute necessity for Turkey’s economic future.

Turkey’s once flying economy has started to falter noticeably in the past few years. Over-reliance on a weak EU economy and turmoil within Turkey’s neighbourhood left it highly susceptible to external shocks, making diversification of trade relations more urgent than ever before. Diversification into non-traditional markets provides Turkey with security and reliability as risk is spread across different regions and countries, thereby reducing possible market fluctuations.

Turkey today maintains strategic partnerships with China, Japan, South Korea, Indonesia, Malaysia and Singapore. It has also opened new embassies in Myanmar (2012), Sri Lanka (2013), Brunei (2013) and most recently Cambodia (2015) and is now in the process of opening three more embassies in Laos, Papua New Guinea and Fiji. Similarly, the number of bilateral visits to the region at the level of President (12), Prime Minister (36) and Foreign Minister (26) has risen significantly over the past decade.

Turkey’s interests in the Asia-Pacific are primarily motivated by an understanding of the benefits of closer economic partnership with the region’s countries, a convergence of strategic objectives, and a desire for an enhanced global role for Turkey. The focus and objectives of what can be labeled as Turkey’s evolving ‘Look East’ policy has been centered primarily on building strong commercial, institutional and defence ties with the region.

Turkish-Chinese trade in the last 12 years is impressive, jumping from US $2 billion in 2002 to US $28 billion in 2014. Despite recent tensions between China and Turkey over China’s treatment of the Uighur people in Xinjiang province, leading to a series of anti-Chinese protests in Turkey, their bilateral relationship offers tremendous potential to further bilateral cooperation on a wide range of areas. 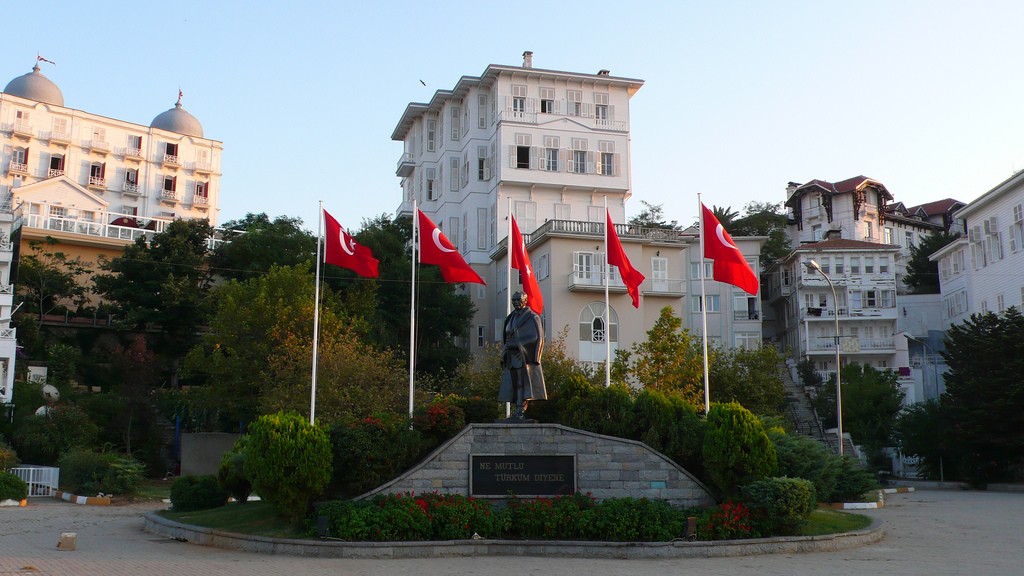 We have already seen some remarkable early examples of this, most notably Turkey’s intention to buy long-range anti-missile systems from China which has prompted unease from NATO allies. For the Chinese government, Turkey, given its geographic location, takes a vital position in the Silk Road Economic Belt, connecting China with Europe across the Eurasian landmass. China has already invested billions of dollars on roads, railways, ports and other related projects along the ancient trade route, with Turkey attracting massive foreign direct investment from China.

Turkey also desires to boost its institutional ties with ASEAN. In 2010, Turkey was admitted to the ASEAN Treaty of Amity and Cooperation (TAC). It has pledged to become a Dialogue Partner of ASEAN, the highest level of institutional relationship with ASEAN, and found strong support by both Malaysia and Indonesia. Turkey’s interest towards ASEAN fits perfectly with its ambition to play a more active role in the operations of regional and global institutions.

Indonesia, as Southeast Asia’s biggest economy, is of particular importance for Turkish entrance into the region. However, despite both sharing major similarities and characteristics, Turkish-Indonesian relations are surprisingly underdeveloped. A Free Trade Agreement (FTA) with Indonesia, similar to the one with Malaysia which came into effect in August 2015, will lay the foundation for a deeper and stronger long-term partnership between the two states.

Turkey in recent years has moreover assumed important responsibilities in the field of humanitarian diplomacy and foreign aid as demonstrated by Turkey’s humanitarian assistance in Southeast Asia. In May this year, Turkey dispatched a navy ship to rescue Rohingya Muslims afloat at sea and donated $1 million to efforts by the International Organisation for Migration (IOM) and the United Nations High Commissioner for Refugees (UNHCR) in this matter. Turkey’s aid to Southeast Asia following the 2004 tsunami is another example of its commitment as a humanitarian actor, gaining the Turks a strong reputation in the region.

There are, however, a number of challenges that face Turkey in expanding its efforts in the Asia-Pacific region which need to be addressed with due care and diligence. Above all, a well-crafted visionary Asia-Pacific strategy from the Turkish side which outlines strategic priorities and long-term targets is yet to be clearly formulated. Turkey’s relatively large trade deficit with China is another concern and is unlikely to narrow anytime soon. The Turkish government also faces a delicate diplomatic balancing act with China over the Uighur issue and surely cannot afford damaging the bilateral relationship.