Hate, homophobia and the global push for LGBT rights

The worst mass shooting in recent US history poses some thorny questions about the global push for LGBT rights, writes Meredith Weiss.

The appalling mass shooting at Pulse nightclub in Orlando, Florida in the early hours of 12 June 2016 has sparked the usual rhetoric (and perhaps the slightest bit of action) against free-flowing assault rifles as one precipitating factor. More unusually however, it has also inspired confusion about the other factors involved.

We know the shooter was an American-born Muslim, of Afghan descent. He claimed an inchoate connection with sundry Islamist organisations overseas, but he was also a known homophobe, possibly a self-loathing one. The venue for the attack, Pulse, is a gay club and Saturday night was Latin night.

All the evidence at present seems to indicate that this act was driven by racially-tinged homophobia, validated by referencing Islam—not the other way around.

The sad truth is that homophobia, transphobia, and misogyny all cut across a number of religions—hence the congratulatory or smug responses not just from selected Muslim clerics, but also from some Christian and Jewish ones. Of course each of these religious traditions also has opponents to homophobia, not to mention LGBT adherents, as manifest in the horrified responses to the Orlando shooting from elements within each of these same quarters.

But accepting that homophobia, rather than religious radicalism (and specifically, Islamism) spurred mass murder, is less comfortable in the US where homophobia and transphobia are common and accepted in much mainstream political discourse.

Similarly challenging is the racial specificity of this attack: it was not just LGBT people that the shooter targeted; he chose to attack an overwhelmingly Latinx crowd. Again, racism—and specifically, anti-Latinx sentiment and rhetoric—has deep roots in mainstream America.

Acknowledging that homophobia and racism drove these attacks raises a thorny question about whether the progress the US has made in recent years toward gay rights is in fact to blame for the attack. 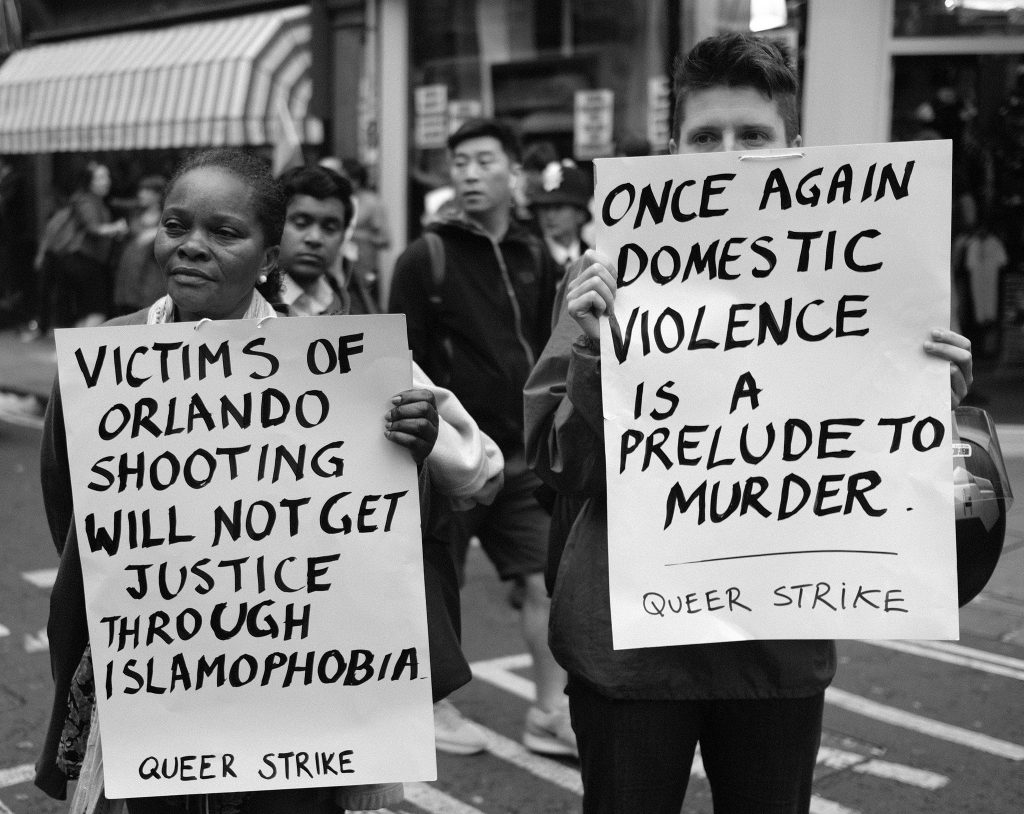 In my view, the answer, in a word, is no. Why? Because similar attacks happened before the march toward gay rights made headway. Take for example the devastating 1973 arson attack at The Upstairs Lounge in New Orleans, an attack in which 32 patrons died, others were injured and of which the wider public is only now, belatedly, learning. The media remained silent over that incident, families disowned their outed children, churches refused to host memorials, and several presumably gay bodies remain unclaimed to this day.

Violence against (and suicide within) the transgender community is horrifically high and rising in the US, particularly among transwomen of colour. The trudge toward trans rights—slower than that toward gay rights as the ongoing dispute over North Carolina’s “bathroom bill” suggests—is not to blame. The attacks on those transgender people who chose previously to live as they identified did not start with the trans rights movement.

The lack of acceptance in the American mainstream for a non-binary approach to gender is pronounced and widespread, a situation which raises one final tough question. Many cultures are not so bound to a gender binary as in the US; they recognise a “third gender” and/or space for gender fluidity. Many either tolerate quietly or are fairly oblivious to homosexual behaviour as well. So does the largely Euro-American push for LGBT rights globally trigger homophobia abroad?

Here the answer is more complex—and clearly, resists generalisation. A byproduct of globalised recognition and awareness of a category of people we might label “LGBT” could in fact be eliminating the choice for those people to fly under the radar: to conform overtly while engaging in other behaviours covertly in order to align with a locally accepted (and often largely unremarked) broader spectrum of gender/sexual identities and behaviours. Or alternatively, as was the norm in places like the United States up until recently, to engage in homosexual acts without any necessary conception of a homosexual identity.

There is no one answer to this dilemma. I offer instead two partial suggestions.

First, I caution that local activists might take a critical eye to the globalised category “LGBT.” While useful for solidarity purposes, claiming affinity to such a worldwide category does not necessarily fit all circumstances equally well, and may effectively erase more accommodating or resonant local categories.

Second, as these recent attacks in the US, the range of responses to them, and the history and ongoing occurrence of homophobic and transphobic acts makes clear, the US is hardly a beacon of tolerance, increasing de jure protections notwithstanding. Moreover, it is not only LGBT rights, but also homophobia, that the US exports. Certainly it does this less overtly now than in the George W Bush years, but it does so nonetheless, through homophobic evangelical Christianity and our own ongoing counter-egalitarian policy debates. 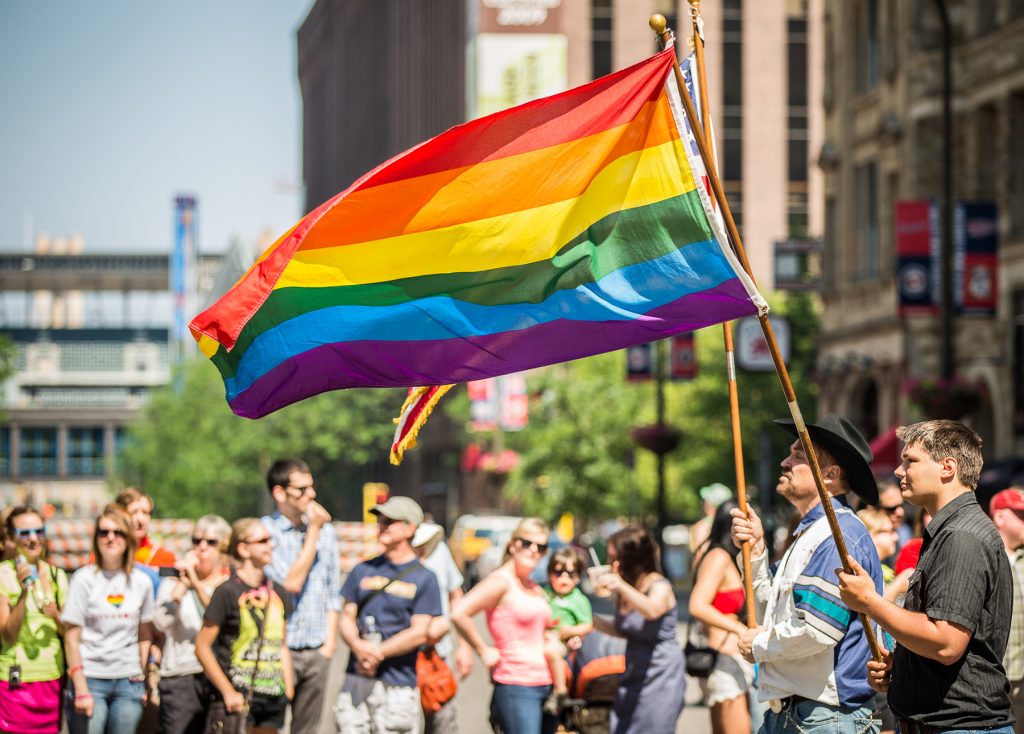 A crucial move toward acknowledging that this hate is home-grown, and not so easily othered and dismissed as “radical Islam,” is thinking through what we really are modeling and spreading:  only promoting LGBT rights, or also a pattern of demonisation and targeting. Only then can we critically assess what we might do better. As Michael Bosia and I recommend in Global Homophobia: States, Movements, and the Politics of Oppression, the US and its ilk might focus less on requiring conformity with a certain set of LGBT rights and pro-LGBT messages, and more on combatting our export (and domestic nurturing) of homophobia.

That’s a hard choice to make. Those of us deeply committed to LGBT rights and appreciative of the increasing space to live our lives freely in the US and elsewhere—even as the violence that predates that recognition continues—want to see such space globally. Yet that choice is not “ours” alone to make, nor is homophobia some foreign demon. Much of contemporary anti-LGBT counter-mobilisation goes hand in hand with the would-be-liberatory trope of “LGBT” itself.

A small first step, then, is to recognise the homophobia that drove the Orlando attacks and acknowledge that while bloodier than the norm, this attack is part of a time-honoured pattern in the US, perpetrated most commonly here in the name of Christianity. Neither Islam nor LGBT rights “caused” the massacre in Orlando. That acknowledgement shifts the lens, to the extent to which we model and export hate as well as inclusion. It allows us to recognise that promoting LGBT rights and opposing homophobia are not fully the same thing; rather they require different shifts in attitudes and behaviours, both at home and abroad.

Meredith Weiss is Professor of Political Science at the Rockefeller College of Public Affairs and Policy, University at Albany, State University of New York.