Votes and visions of Singapore’s future

This Friday’s vote is set to shape the nation’s political destiny, with a two- or multi-party system a real possibility.

Which way will voters jump in the first poll since the death of the country’s founding Prime Minister Lee Kuan Yew?

The battle for hearts and minds of Singaporeans is heating up as 2.46 million voters get set to elect the nation’s 13th parliament this Friday.

Over the past month, even before Singaporeans had fully savoured the nation-state’s 50th anniversary celebrations, the national mood has changed rather quickly. Celebration, pride, unity and reflection have become combativeness and partisanship with political parties firing salvos, taking potshots and trading barbs with each other.

There’s a lot at stake in this ballot.

All seats are being contested for the first time since independence and this vote is set to be Singapore’s landmark parliamentary election, with its impact to be felt not just immediately but for the next decade or two.

The 2011 vote was described as the country’s “watershed” election. The People’s Action Party (PAP), which has ruled Singapore since 1959, won 60.1 per cent of the popular vote, but lost a multi-member constituency for the first time. This was the PAP’s worst electoral performance since 1968. This year’s election promises to be more significant for several reasons.

First, this election will provide a stronger indication as to whether Singapore will continue to be dominated by one party or moves to a two-party or multi-party political system. Will the leading opposition party, the Workers’ Party (WP), consolidate and build on their seven elected seats, or will the PAP be able to stymie or even roll back WP’s gains and ascendancy?

Second, the poll sees the passing of the baton from Prime Minister Lee Hsien Loong’s third-generation leadership to the fourth generation. The core of the fourth-generation (4G) leadership, comprising MPs in their 40s and early 50s, will take shape more concretely after the election. PM Lee’s political heir will probably be clearer midway through the term of the next Parliament.

Third, 2015 will be the first election since independence (or, further back, since 1955) in which founding Prime Minister Lee Kuan Yew will not feature as a candidate. This election may well be former and second Prime Minister Goh Chok Tong’s last as Singapore’s leadership renewal gains pace. 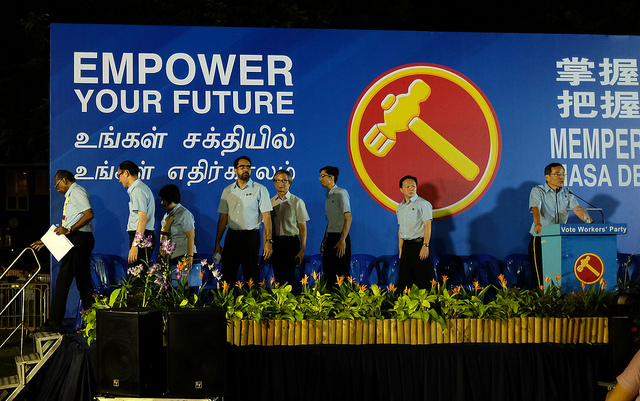 This putative changing of the guard is significant. Most of the 4G leadership were born after independence. Similarly, of the 2.46 million voters, there are more born post-independence than pre-independence. Singaporeans born in the mid- to late 1960s and 1970s are very different from those born in the 1980s to mid-1990s.

For young voters in their 20s and mid-30s, Singapore’s “3-to-1″ (Third World to First World in one generation) story – for which the PAP has received much credit – does not have that much resonance compared with their parents or grandparents.

Younger voters only know a First World Singapore, and expect the government to maintain and improve both the standard of living and quality of life. They are also less enamoured of a system dominated by one party, and are inclined towards more political diversity and contestation.

Another key question is what sort of electoral outcome will enhance Singapore’s governance? Must the PAP be dominant, or will a parliament consisting of more opposition MPs provide better governance? And how will voters strike the balance between the need for a strong government with a growing desire for more checks and balances as well as a vibrant and credible opposition?

Immigration will feature more prominently than it did in the last general election; the genie is out of the bottle with the publication of Population White Paper in 2013 exacerbating concerns about the government’s policy in this area. Vociferous debates abound which, unfortunately, shed more heat than light. This has already elicited xenophobic responses.

Given the very short nine-day campaign period, the “sound and fury” of the hustings will not enable Singaporeans to fully debate, deliberate, and consider the political options before them. If anything, the imperative will be about getting voters all riled up and worried about the status quo and the future.

As the PAP is the only government Singaporeans know, all that is good and bad in Singapore can easily be attributed to its rule. And it’s much easier to pinpoint what’s wrong than to give credit for what’s going well. As recent elections have so vividly demonstrated, emotions are easily whipped up in the heat of the hustings.

The timing of this snap election is also telling. 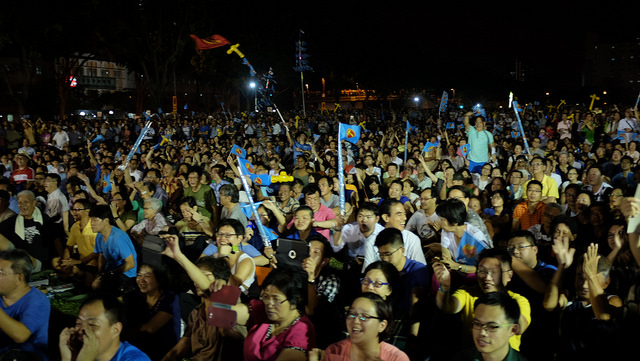 A September poll is supposed to give the PAP a strategic advantage. In essence, it’s about Singaporeans being in a positive mood with the climax of the 50th anniversary celebrations. Then there is also the supposed “LKY dividend” that should be banked on during the former leader’s birthday anniversary month. Delaying the election may see the feel-good effects dissipate, it is argued.

The massive unprecedented outpouring of grief for Lee Kuan Yew will not necessarily lead to voters casting ballots for the PAP. With his passing, Mr Lee has now risen above partisan politics. He no longer belongs exclusively to the PAP, a party he co-founded in 1955 and led as Secretary-General between 1955 and 1991.

Mr Lee is now a national hero who belongs to every Singaporean. Any crude attempt to exclusively claim him for the PAP’s sole benefit will likely provoke a backlash at the ballot boxes. There may only be a LKY dividend in his Tanjong Pagar ward, which he had represented between April 1955 and March 2015.

Given the massive effort made since 2011 to address voters’ concerns, further loss of political support will be highly challenging for the PAP, particularly in terms of how it might govern over the next five years in order to stem such losses.

Ultimately, this election is be about the relationship between the number of elected opposition MPs and the PAP government’s changes in policy and engagement of the electorate since the 2011 election. Do voters see the relationship as causal or is it just a mere correlation? 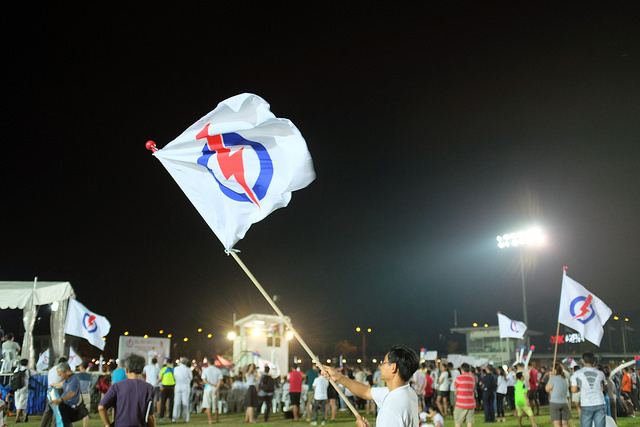 If voters regard the changes in government policy as being primarily driven by the largest number of elected opposition MPs, all from the WP, then even if the electorate’s unhappiness on hot-button issues is addressed, that may not necessarily result in voters flocking back to the arms of the PAP.

Similarly, should voters place more weight on WP’s intrinsic value as the leading opposition party, and its role in Singapore’s evolving political landscape where the idea of one-party dominance is increasingly challenged, this would also undercut the PAP’s political dominance.

However, if voters regard the changes in government policy as being merely correlated with the largest opposition presence in parliament, then the PAP government’s efforts in the past four years will yield political dividends at the ballot boxes.

In this scenario then, while an aberration globally, Singapore’s one-party dominant system, in place since 1959, remains dynamic and robust.

Eugene K B Tan is associate professor of law at the Singapore Management University and a former, unelected legislator in Singapore’s 12th parliament.