Why most attempts to end hunger fail

Ending hunger is hard, but hard should not be mistaken for impossible

Tackling hunger requires integrated thinking on markets, policies, structural transformation and time – have our policymakers got an appetite for the challenge?

Why has ending hunger been so hard? After all, you could boil tackling it down to four themes: the complex role of markets, the importance of government policies, the historical process of structural transformation, and the need to identify the appropriate time horizon for analysis and interventions.

These themes are not new, but integrating them into a coherent approach to ending hunger seems to be original. And it is the integration itself which is difficult, conceptually, politically and operationally.

The most common shortcoming of strategies to end hunger is that they fail to understand the critical role of markets in decision making about food production and consumption. Markets are the arena in which food marketing takes place—transforming a commodity in the farmer’s field so that it ends up as nutritious food on the consumer’s table. These are the marketing functions of storage, transportation and processing.

These “engineering” functions are essential no matter how the rest of the economy is organized—planned or capitalist.

In the third function of markets, these price signals direct producers, traders and consumers to allocate scarce economic resources to their most efficient use. Without reasonably efficient use of resources, we are doomed to poverty and hunger.

In all of the successful escapes from hunger in history markets have done the heavy lifting. Markets, for all of their problems and failures, are at the core of solving the problem of hunger.

At the same time, none of the successful escapes from hunger was driven entirely by market forces. Governments have had to intervene in many ways to provide food security to their citizens.

There is scope for more or less government involvement, but “none” has never been the right answer. “Too much”, though, has been a common mistake. 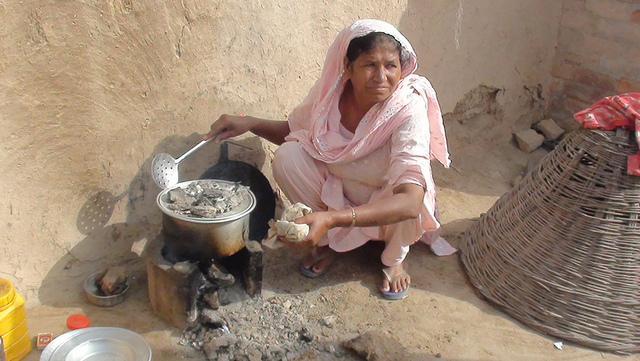 Ending hunger requires that each society find the right mix of market forces and government interventions to drive a process of economic growth that reaches the poor and ensures that food supplies are readily, and reliably, available and accessible to even the poorest households.

One way to lift households out of poverty and provide sustainable food security is to help them grow more food themselves. To do this, rural households—which include most of the world’s poor and hungry–need reliable access to modern inputs, to water, and to knowledge about effective farming techniques and markets.

As successful as that strategy is in reducing hunger, not all small farmers can achieve food security on their own small plots. For many of these, escaping poverty will require leaving agriculture— even moving to a city. This is the process of “structural transformation.” If history is any guide, no escape from hunger and poverty has been sustainable without a successful structural transformation and urbanization.

This historical perspective means “time” is important. By their very nature, some of the most important investments needed to guarantee enough food for all in the future have very long gestation periods and pay-off horizons. Only policies that recognise this basic reality have a chance of working.

Consequently, the analysis, design, implementation and evaluation of policies to improve food security and end hunger require three time horizons to be effective. In the short run (less than a decade), the task is to manage food price volatility and provide a reasonably stable environment for investing in food systems and improved livelihoods for the poor.

In the medium term (two to three decades from now), the task is to manage demand for food, especially to restrict its use for bio-fuels. Actions to encourage diets which are less meat-intensive are also important, both to improve the health of consumers directly and to reduce pressures on resource availability driven by demand for high-quality livestock feed.

In the long run, the task is to manage the sustainable increase in food supplies, subject to greater risks from climate change and a depleted resource base in many regions. New technologies are an important part of sustaining these increases, but part needs to come from significantly improved efficiency in utilizing resources and technologies currently in use.

Appropriate (and different) policies are needed for each time horizon, but the unifying theme for these policies needed is solving the “food problem.” No country has been able to sustain rapid economic growth until its citizens and investors were confident that food was reliably available in the main urban markets. This confidence is the political foundation of food security. 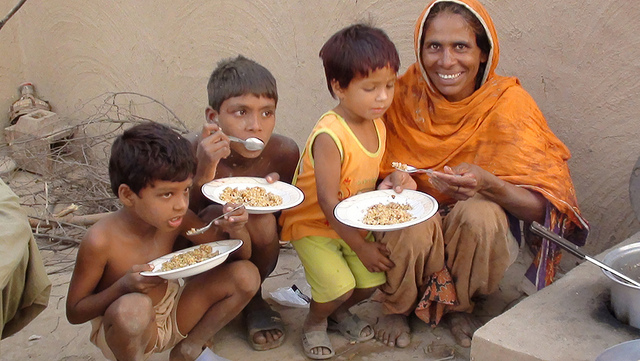 Rural poverty has always been a later concern, after governments have secured their urban political base. Rising rural productivity and economic growth then provide the ingredients to broad-based food security that ends hunger, not just in urban areas. The two are intimately linked, and these links mean that government policies to reduce poverty and hunger—to improve food security—are complicated, and require an economy-wide perspective on how rural and urban markets are connected. Labor market connections are most important for understanding real wages, labor productivity and living standards, but efficient input and output markets are also important. Eventually, financial systems are needed that link opportunities for urban investments and capital resources with rural savings. Access to modern financial institutions and their assets also permits the expansion of agricultural operations, which is essential to sustaining rapid growth in labor productivity.

That is why ending hunger is so hard. It takes sustained economic growth over decades, not years, that systematically includes the poor – especially in rural areas –  along with public actions to stabilize the food economy in which poor households live, because spikes in food prices can kill.

But hard should not be mistaken for impossible. History shows that billions have escaped its scourge. Those historical lessons inform the way out of hunger for the remaining billion still trapped without enough food to eat.

An earlier version of this piece was published by the Center for Global Development.