East Timor's domestic and foreign policy after the resignation of Gusmao.

What the resignation of Xanana Gusmao means for East Timor and its relationship with Australia.

The resignation of East Timor’s Prime Minister, Xanana Gusmao, and the appointment of a new cabinet marks a fundamental change in the young country’s political landscape. Gusmao’s resignation was expected, having been initially flagged during the passing of the budget almost a year ago, but has raised questions about the country’s future direction.

Gusmao’s successor is former Fretilin Deputy Prime Minister under Jose Ramos-Horta’s prime ministership, and Fretilin Health Minister, Rui Araujo. At 50, Araujo is considered to be one of the ‘young generation’, and is widely liked and respected. Araujo’s appointment indicates that a long-discussed ‘government of national unity’ has come to fruition.

Araujo is known for being methodical and having a strong grasp of the country’s finances. As a former independent, before formally joining with Fretilin, Araujo is seen as a moderate who is able to maintain good relations with major donor countries, notably Australia and the US. 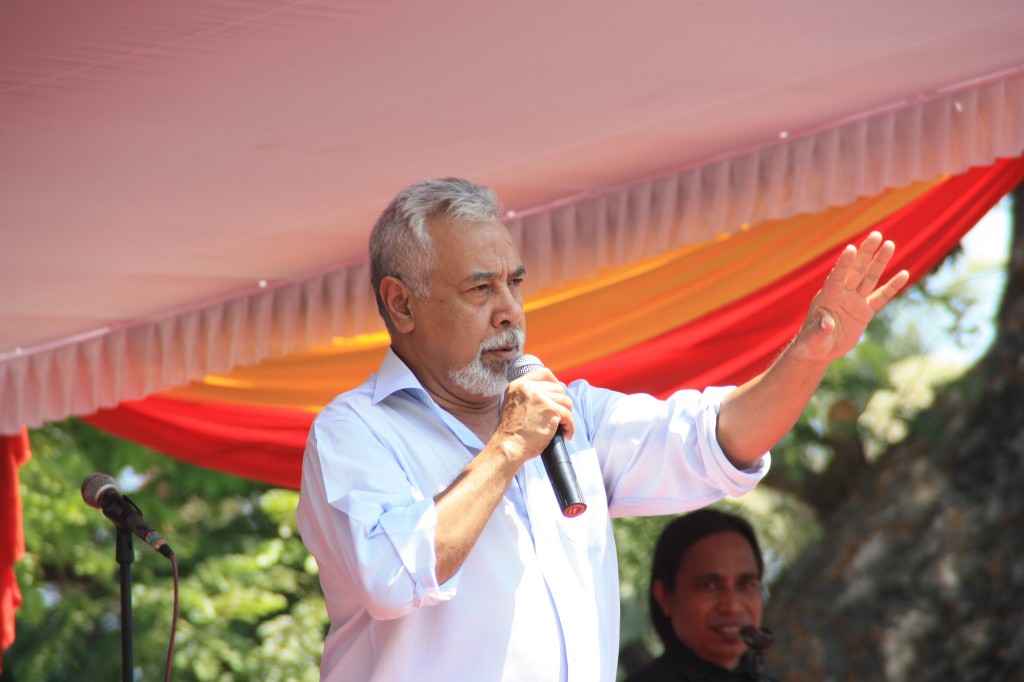 One of the principal concerns about Gusmao’s resignation has been the continued stability of East Timor. There is no doubt that, while not universally popular, he has been both the towering figure of East Timorese politics and a great stabilising influence, especially after the chaos of 2006-7.

A ‘government of national unity’ would, by bringing East Timor’s major political groupings into the same government, very likely provide a much more stable political environment than one in which there continued to be a high level of political division. The disadvantage with such an arrangement is, however, that it will leave the government without a viable opposition, which could reduce political accountability.

If such an arrangement was in place until the next elections, scheduled for 2017, this might be seen as an adequate post-Gusmao period of transition. If it went beyond 2017, however, it might start to look more like some other ‘dominant party’ states, such as Malaysia, where coalitions rule effectively unchallenged.

As for Gusmao himself, it is likely he will remain either in a ministerial role or in an advisory capacity, at least for the time being. The President, Taur Matan Ruak, is also expected to keep a close watch on the post-Gusmao environment; it is no coincidence that his name, a nom de guerre, translates as ‘Two Eyes Watching’.

East Timor’s foreign relations are unlikely to shift under the new regime, with perhaps the new Prime Minister being slightly less combative than Gusmao has, on occasion, been in the past. Araujo is widely regarded as consiliatory, although this should not be taken as a sign of softness in protecting East Timor’s interests.

There is also hope that the Greater Sunrise LNG field dispute, worth tens of billions of dollars, may be resolved under the new government. However, there is no particular indication this will be the case.

More importantly, however, East Timor will continue to push ahead with its desire to see a permanent maritime boundary established between it and Australia. As Gusmao was resigning, East Timor’s parliament passed a law establishing a maritime council which will have oversight of settling permanent boundaries with Australia. If successful, this will mean overturning the current 50-year arrangement in which the resources of the Timor Gap are shared between the two countries, based on an earlier Indonesian agreement that favored Australia.

While Australia has opposed such a move, it has agreed to enter into discussions over the boundary question outside a judicial setting. This has been variously interpreted as East Timor believing it is getting closer to some form of agreement, or Australia just buying time. Whatever the circumstances, this is not likely to destabilise other elements of the bilateral relationship, which East Timor is keen to maintain.

East Timor has faced the challenges common to many, perhaps most, newly independent states. But it now appears that it might now be moving past initial teething problems.

With an orderly transition from the leadership of the country’s dominant political actor, it may be that East Timor is now moving towards a phase in its development when it can concentrate on planning its future rather than be distracted by its present. It will need to, if it is to survive the challenges of improving the livelihoods of its people, and sustainably manage the all-important petroleum fund that underpins the country’s economy.

Professor Damien Kingsbury holds a Personal Chair in International Politics and is the Director, Masters of International and Community Development, in the School of Humanities and Social Sciences at Deakin University, Australia.