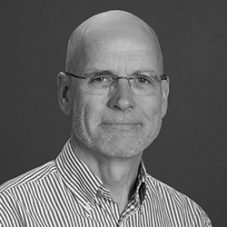 Clive Hamilton is an Australian author and public intellectual. Since 2008 he has been Professor of Public Ethics at Charles Sturt University in Canberra.

Previously, for 14 years, he was Executive Director of The Australia Institute, a progressive think tank he founded. In 2012 he was appointed by the Federal Government to the Climate Change Authority, but he resigned in protest this year. He has held visiting academic positions at the University of Oxford, University College London, Sciences Po and Yale University.

His opinions have been published in the New York Times, Nature, Scientific American and the Guardian. His books include Growth Fetish, Requiem for a Species: Why we resist the truth about climate change, and Earthmasters: Playing God with the climate. His most recent book, Defiant Earth: The fate of humans in the Anthropocene, has just been published in the northern hemisphere and Australia.