Counting the costs of floods in China

With China in the midst of one of its worst flood episodes in history Asit K Biswas and Cecilia Tortajada look at the significant social and economic costs of floods, and what can be done about them.

It is a little-known fact among the general public and politicians that floods cause more damage each year globally than any other form of natural disaster. According to the United Nations, over the 20-year period between 1995 and 2015, 157,000 people died due to floods and another 2.3 billion were affected.

Currently, global average annual flood losses are estimated at $104 billion. The country incurring the highest losses is China, followed by the USA and India. These losses do not include disruptions to global supply chains when industries located in flood plains are affected by floods. The 2011 flood in Thailand first brought this problem to global attention. However, the country which has the potential to disrupt the global supply chains the most because of floods is China, followed by Brazil, Russia, and India.

Because of topography, high population, urbanisation and tremendous economic growth during the past decades, China has had three of the ten most costly global floods since 1950. Equally, because of population density, all three Chinese floods resulted in high fatalities compared to the other seven floods elsewhere where deaths were in the hundreds.

Flooding has been a perennial and recurrent problem in China. Earlier, one of the important tests of good rulers was their ability to protect their citizens from the ravages of floods. This requirement continues even today.

The good news is that the death toll from floods in China has steadily declined due to government actions like the construction of dams, dikes and levees, early warning systems and prompt evacuation measures. The bad news is, the economic costs of floods are steadily increasing and are likely to increase in the foreseeable future.

The Yangtze is the longest river in China and the third longest in the world. It is also the most important water artery in terms of the economy and development. A serious Yangtze flood has major implications not only for China but also for the world by disrupting manufacturing and transportation links as well as the global supply chain.

In terms of national policies, flooding was recognised as a major problem during the post-1995 period when each of the two floods in 1996 and 1998 caused several thousand deaths and billions of dollars in economic damages. While floods became a serious concern, the solutions then proposed went only part of the way to solving the problem. The main policy was to construct large dams which could effectively store flood waters. Major dams like Three Gorges were constructed, having flood control as an important objective.

There is absolutely no doubt that had the Three Gorges and other dams not been constructed, flood damages in China during high rainfalls years, including this year, would have been significantly higher.

Paradoxically, in the Chinese social media, major dams have been accused of contributing to high flood damages. Nothing is further from the truth. Well designed and managed, large dams invariably ameliorate flood damages. They do not add to them.

Storage dams, however, are not enough. When high rainfalls occur over the Chinese cities, they currently do not have adequate infrastructure to drain away excess waters. Cities have grown much faster than drainage works could be planned, executed and managed. Consequently, the number of cities that are seriously affected by floods has more than doubled during the past seven to eight years. At present, more than 200 Chinese cities are routinely waterlogged each year during the monsoon season.

Breakneck expansions of major cities, poor planning, endemic corruption and the absence of good land use planning, have further exacerbated the problem.

Take Wuhan, the capital of Hubei province at the confluence of Yangtze and Han rivers. Historically known as the “city of 100 lakes,” it has however lost more than two-thirds of its lakes, down from 127 to 40, during the period 1949 to 2015. Lakes and wetlands used to store water during the flood years were filled to make way for construction projects. The 40 remaining lakes are not enough of a buffer to store flood waters. Furthermore, their storage capacities have been impaired by heavy sedimentation due to poor land use practices and construction activities.

Corruption and wasteful spending have further aggravated flood problems in China for decades. 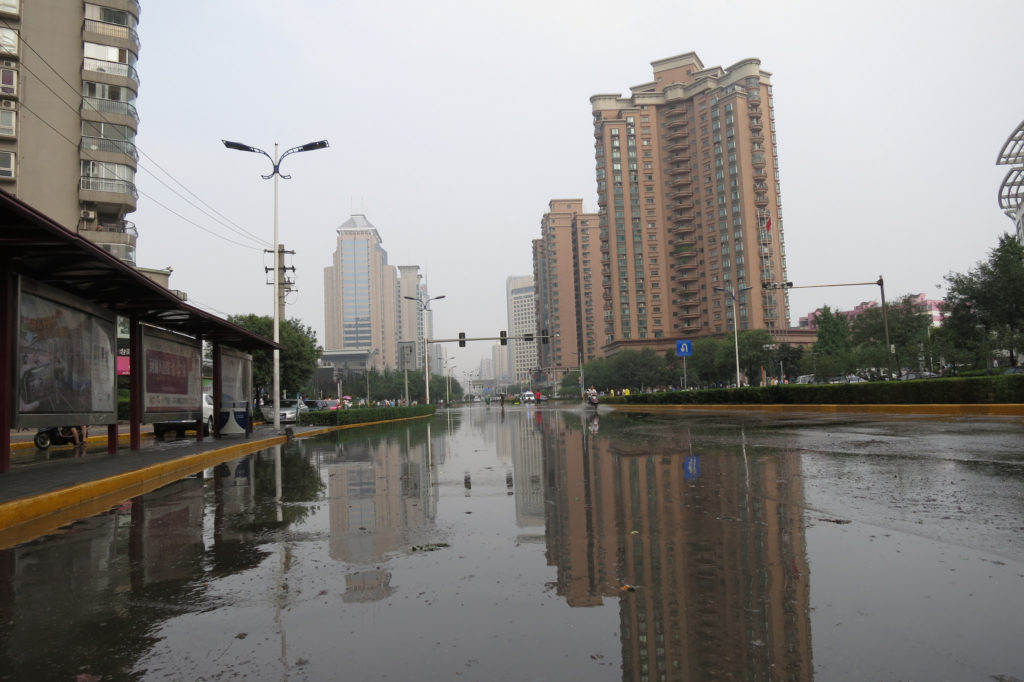 The situation still has not improved that much. According to local media reports, the person responsible for the construction of a 1 billion RMB drainage project in Wuhan was accused of accepting 1.6 million RMB in bribes between 2005 and 2013.

Furthermore, the National Development and Reform Commission noted on 10 July that fruit and vegetable prices in some flooded areas have “risen significantly.” They instructed local authorities to “closely monitor prices.” Flooding is likely to increase annual consumer prices by 0.2 per cent, to over 2 per cent. It would also have a negative impact on China’s GDP growth in the third quarter. Equally, construction and rebuilding activities may increase aggregate demand. Thus growth in the fourth quarter, after a weak July-August period, will likely be higher.

China’s leadership is well aware of the economic and social risks imposed by floods. Premier Li Keqiang has already noted that the “government is better prepared than ever”. It has taken several measures and is fully prepared for possible floods since July-August are “key periods for floods”. Similarly, President Xi Jinping has ordered an array of measures to step up relief actions.

China has made considerable progress in recent decades to reduce fatalities due to floods. However, a new mindset is needed at all levels of decision-making, central, provincial and municipal. It has to be realised that improper developments can contribute to floods, and floods do affect development. Policymakers need to realise that floods are both developmental issues and humanitarian concerns.

There are systemic problems that need to be overcome. Water bodies and wetlands in and around cities have been filled up for construction activities, thus have seriously disrupted natural drainage patterns. Lakes, as in Wuhan, have steadily been shrinking. Governments at provincial and municipal levels have mostly turned a blind eye to construction activities in flood-prone areas. Cities have not kept up with the construction and proper operation and maintenance of storm drainage systems. Dikes protecting the cities may be working but drainage systems in many cities are grossly inadequate.

Technically and economically, floods in China cannot be completely eliminated. However, their impacts can be significantly reduced by proper land use planning and flood management. For Chinese leaders at all levels, floods are a challenge that needs to be overcome to deliver good living conditions for the society.

Finally, many poor decisions taken over the past 50 years on urban development cannot be eliminated overnight. It will take political will, time, money, and good holistic planning and implementation before flood damages in China can be significantly reduced.

Dr Cecilia Tortajada is Professor in Practice at University of Glasgow’s School of Interdisciplinary Studies and Adjunct Senior Research Fellow at the Institute of Water Policy at Lee Kuan Yew School of Public Policy, National University of Singapore. She has more than 20 years’ experience in water, environment and natural resources management.