Ban on Mak Yong to remain

It’s been described by UNESCO as a ‘masterpiece of humanity’, yet the Malay dance-drama style Mak Yong is still banned in Kelantan from where it originates. Julia Mayer looks at whether international attention can change local laws.

At the invitation of the Malaysian government, the United Nations (UN) Special Rapporteur in the field of Cultural Rights, Karima Bennoune, delivered her preliminary findings at a press conference in Kuala Lumpur. Her message was simple: “Let me be very clear, the bans on mak yong, wayang kulit, main puteri and dikir barat*, and the restrictions on women performing for mixed audiences must be lifted without delay,” she said.

The possibility that a decades-long ban could be revoked was welcomed by many, at least until the following day when the Deputy Chief Minister of Kelantan, Mohd Amar Nik Abdullah, said the ban would remain. “Our policy is not to permit the performance of Mak Yong in Kelantan,” he told Free Malaysia Today. “If anyone wants to stage performances outside Kelantan, we have no problem with that.”

Regarded as the oldest living example of Malay dance drama, Mak Yong incorporates dance, music, theatre, improvised dialogue and ritual, and is performed mostly by female troupes accompanied by an all-male percussion ensemble of musicians. Unique to the villages of Kelantan and Terengganu in Malaysia and the Patani region of southern Thailand, Mak Yong has survived and thrived not only as a captivating form of entertainment but also as a tradition with strong ritual elements connected to ancient healing practices.

While there are question marks over its origins, Mak Yong is primarily a folk tradition passed down orally by villagers. Under the brief yet influential patronage of the Kelantan palace during the first half of the 20th Century, significant changes to Mak Yong occurred. Heavily embellished costumes, the use of courtly language for characters of royalty, further elaboration of tales performed, as well as the use of a female for the lead male role and vice versa were introduced during this period and are now recognised conventions of today’s Mak Yong.

'Shall we dance' with censorship?

Although it returned to its folkloric roots by the outbreak of World War II, the Islamic revival of the 1970s, followed by a state directive to ban all public performances in 1991, caused the tradition to diminish into a handful of dedicated performers with an uncertain future. The ban, imposed by the Islamic ultra-conservative state government of Kelantan, states that Mak Yong cannot be performed in public on the grounds that it could potentially incite issues concerning morality. The presence of cross-dressing elements including other clothing violations, and the enactment of Hindu-Buddhist folktales, animism and spiritualism rooted in the pre-Islamic folk-healing traditions, continue to be the state’s rationale for the ban.

The expectation was that States not party to the Convention which had received a Proclamation under the “Masterpieces” program (2001, 2003 and 2005), would consider ratifying it as soon as possible. In November 2008, two years after the 2003 Convention finally entered into force, the Third Session of the Intergovernmental Committee (3.COM) held in Istanbul explicitly addressed Article 31, calling for all non-party States to ratify it promptly. 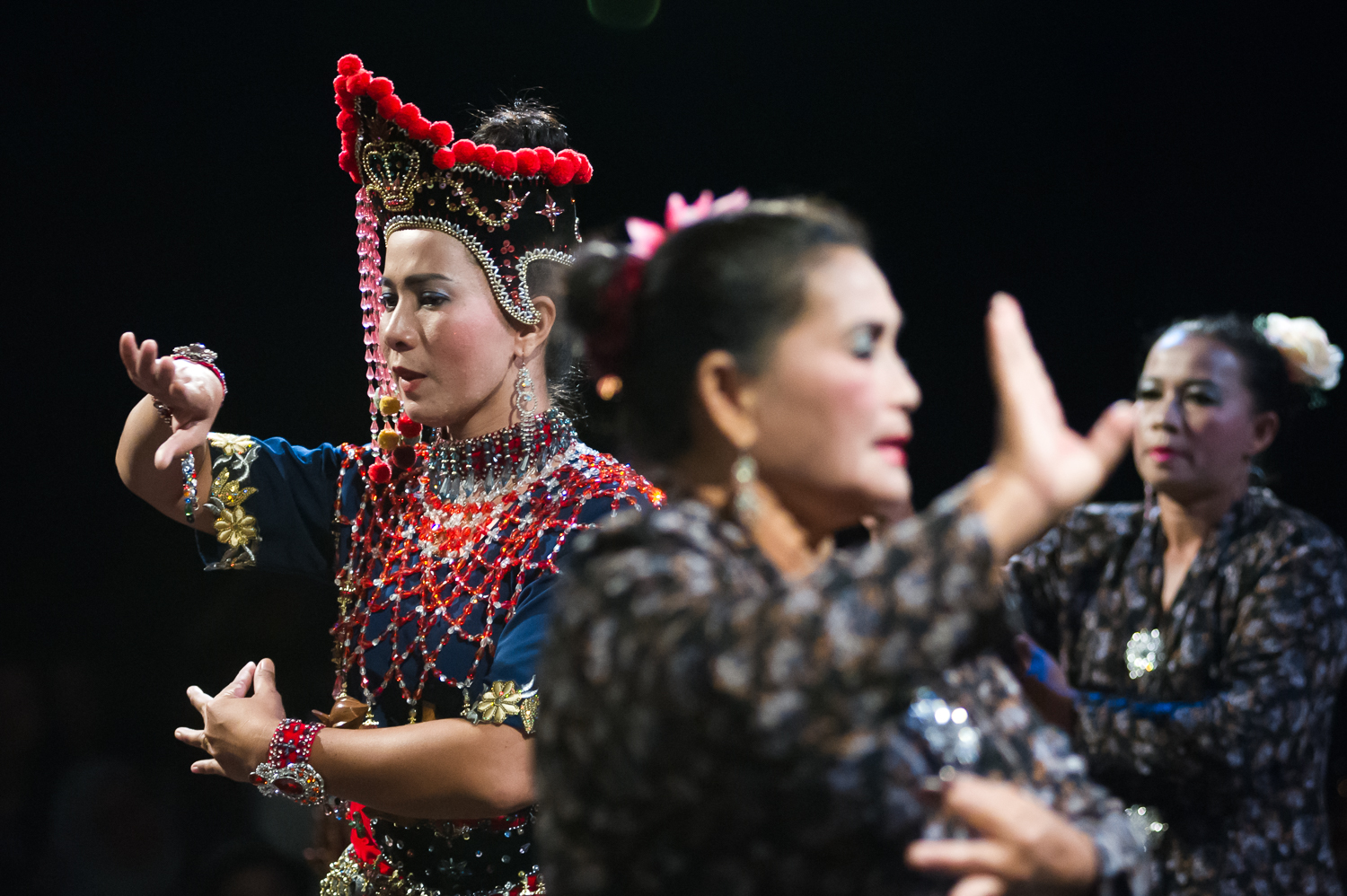 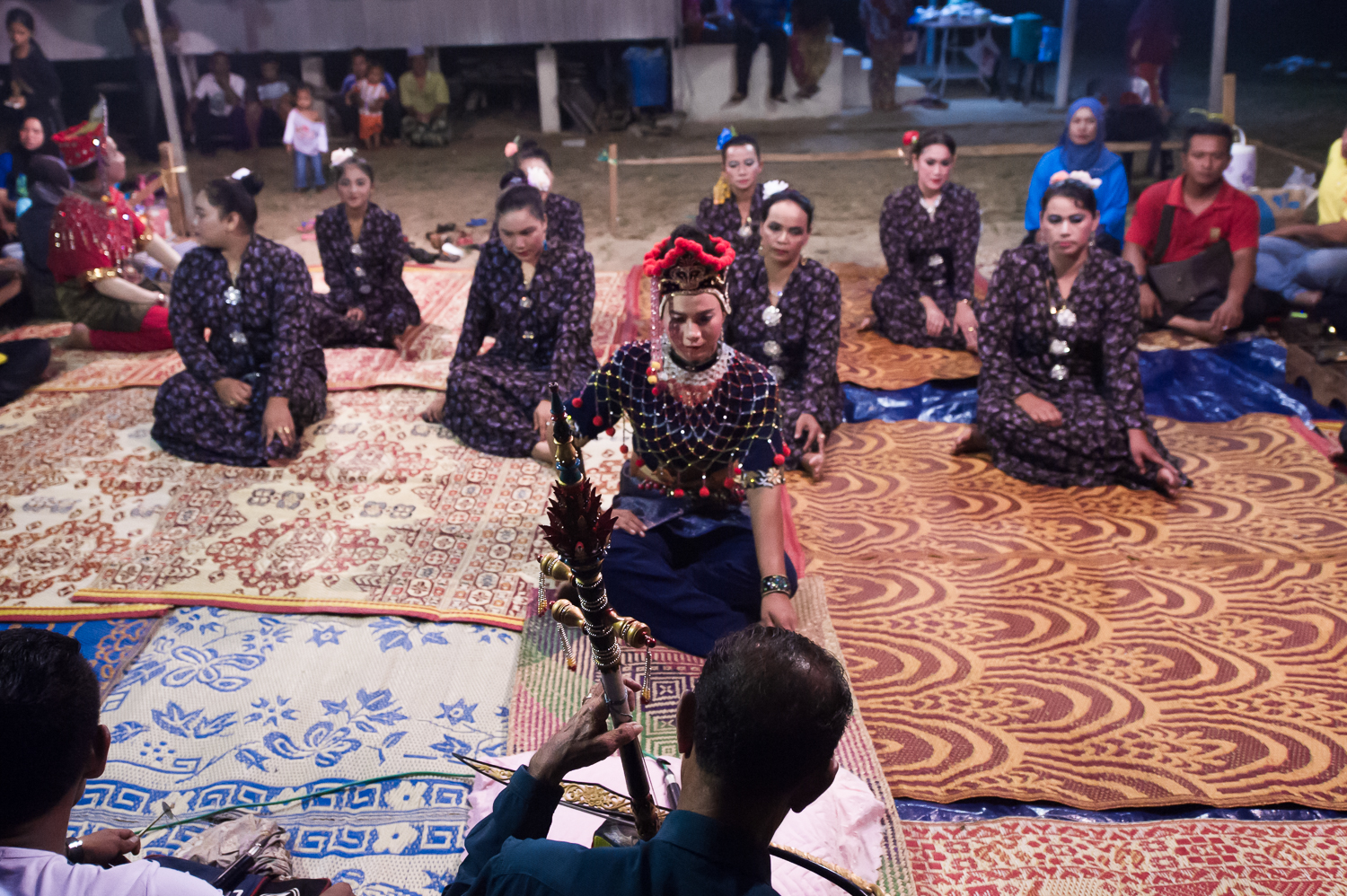 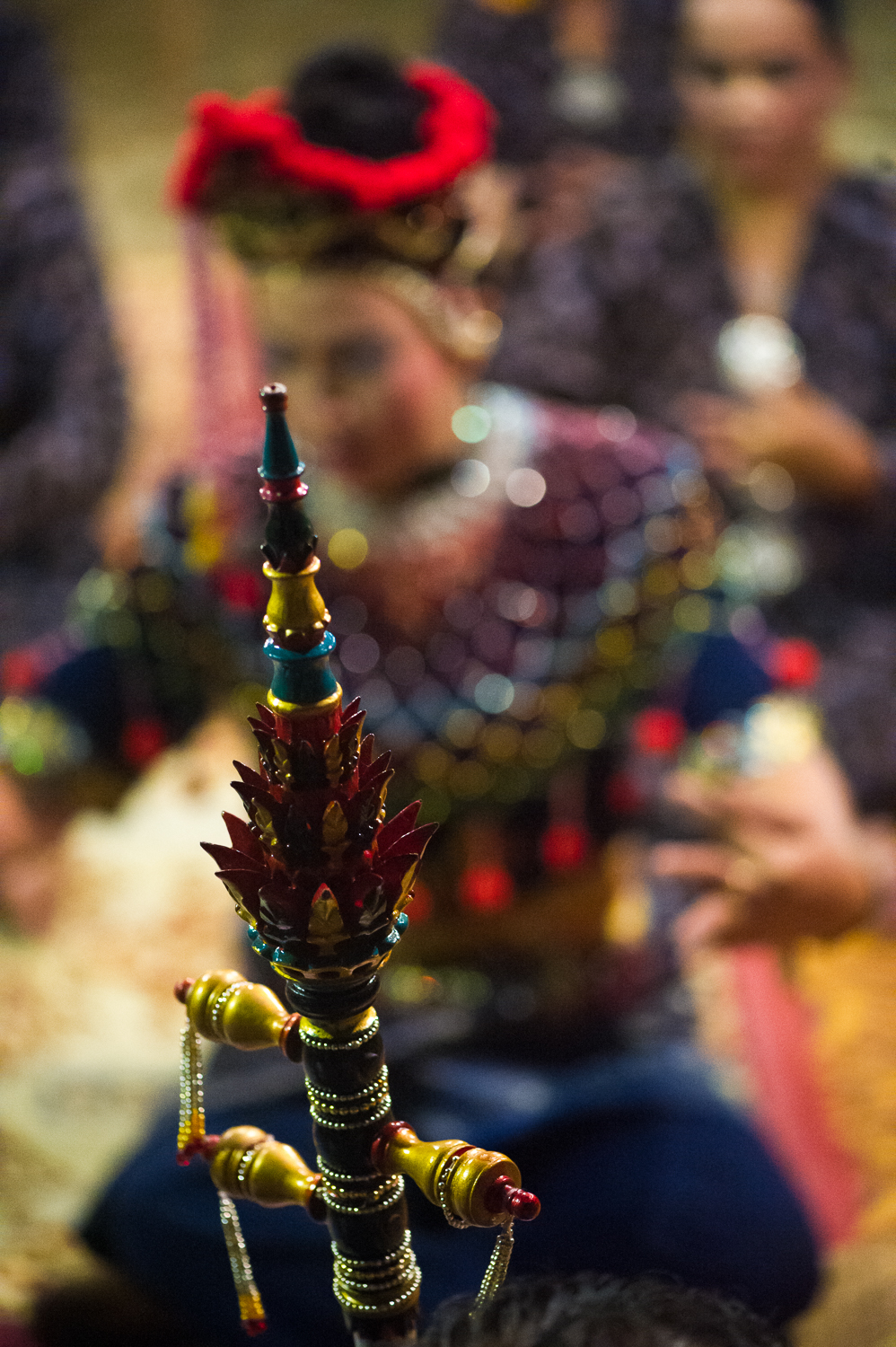 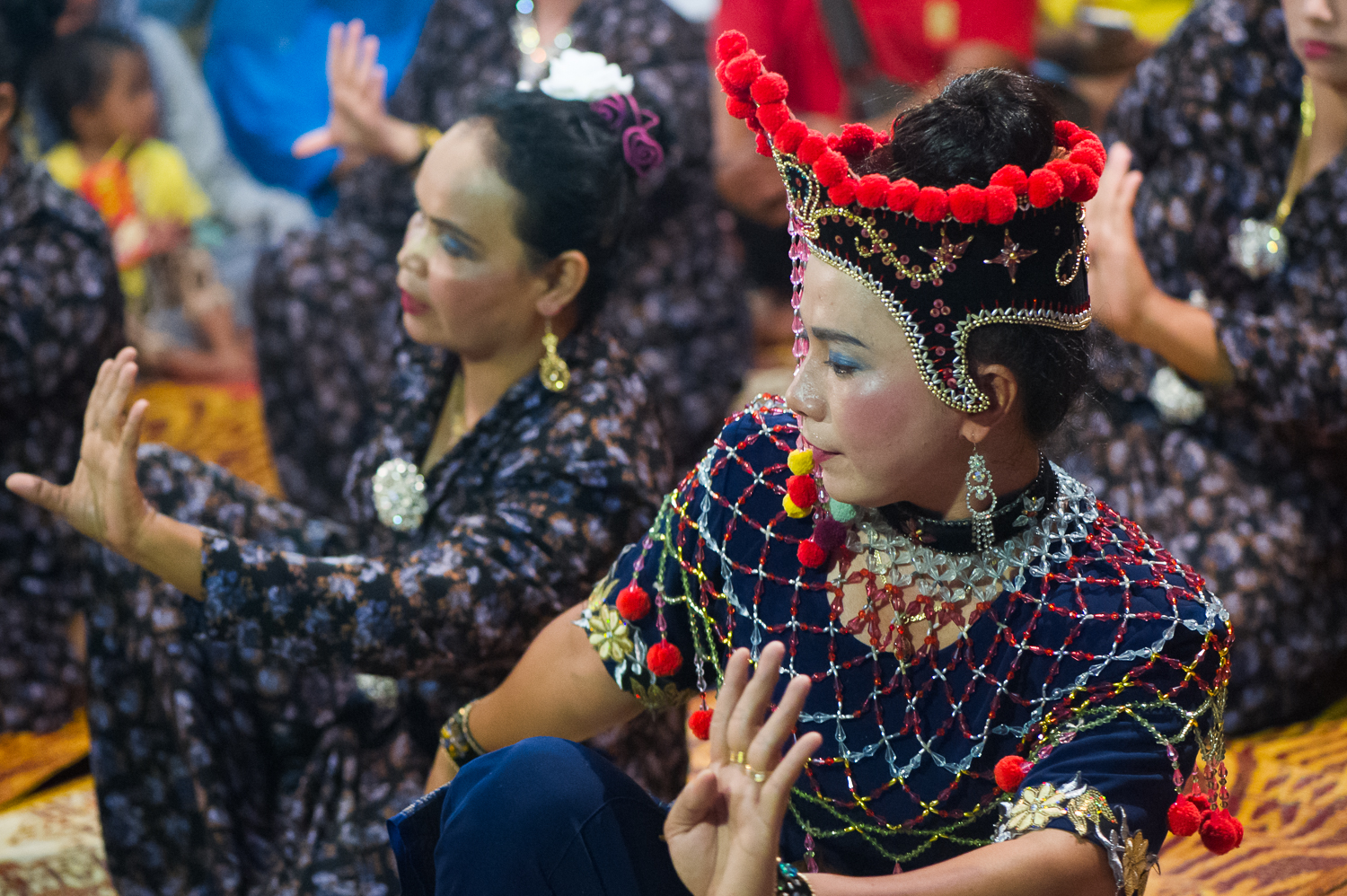 For the Asia-Pacific, a region which currently has 37 State Parties to the convention, only Bangladesh (Baul Songs), Malaysia (Mak Yong), Tajikistan (Shashmaqom Music), Tonga (Lakalaka, dances and sung speeches of Tonga), and Vanuatu (Vanuatu Sand Drawings) had yet to ratify the Convention at the time of the 2008 Istanbul intergovernmental meeting. By 2011, all but one of these countries had done so: Malaysia.

Speculations abounds as to why it took Malaysia so long to ratify the 2003 Convention. Yet the end result is the same for Malaysia’s only UNESCO registered ICH: the adamant refusal of Kelatan to lift a 27-year-old ban on public performances of Mak Yong. Just how Kelantan has managed to override any substantial scrutiny and pressure from the Ministry of Culture and Tourism on this issue is perhaps more a reflection of the prevailing confusion that continuously defines Malaysia’s political landscape.

When Mak Yong was registered as a “Masterpiece of the Oral and Intangible Heritage of Humanity” in 2005, Kelantan did in fact half-heartedly bow down to pressure when the federal government offered 15 million ringgit to build a Cultural Centre (Gelanggang Seni) in the state capital of Kota Bahru. Here, tourists are able to enjoy free bite-sized versions not only of Mak Yong, but also of another banned traditional performing art, wayang kulit siam (shadow puppet theatre).

Stripped of their ritual shaman-animistic elements and Hindu-Buddhist characteristics, Mak Yong as it is performed at Gelanggang Seni, as well as at dinner-dance shows performed in urban centres outside of Kelantan, has been generally hollowed out for social acceptance, making it little more than a series of bland dance sequences and banal role play.

The first cut is the deepest: film censorship in Modi's India

Clandestine performances still take place in the private homes of villagers in Kelantan. Yet the rarely legally-binding ban has been accompanied by the younger generation’s growing disinterest in the performance. For many young people in the region, Mak Yong is not only viewed as un-Islamic, but it also holds no relevance or economic value to their lives.

The general financial hardship experienced by the majority of Kelantanese, at a time when more and more of the younger generation are seeking opportunities outside of the region, has also been a major issue. As a result, the passing away of distinguished performers, who often had no family members directly involved in the tradition, sparked searches for talented and charismatic students willing to take on the responsibility of maintaining the lineage. Despite the overwhelming pride that older Kelantanese possess for their cultural heritage, diminishing levels of confidence spurred by the misrecognition of its enduring value to the local community have contributed to its gradual decline in Kelantan.

Bennoune is expected to deliver a full report to the United Nations by the end of the year. By mid-December 2019, Malaysia is expected to deliver a report to UNESCO on its implementation of the 2003 Convention, with special reference to the country’s currently only registered ICH, Mak Yong. It’s hard to believe that Bennoune’s findings will be swept under the carpet, but stranger things have happened.

Unlike the World Heritage list which has seen two properties delisted (Dresden Elbe Valley, Germany and Arabian Oryx Sanctuary, Oman), the current Operational Directives on Intangible Cultural Heritage does not specify a delisting process for a registered ICH element. Mak Yong is, in all likelihood, here to stay, possibly even for the long term, but at least the sad irony of it being both celebrated and banned has been given a serious look-in.

* Author’s note: There is no state directive banning ‘dikir barat’, but some performances of its raunchier contemporary off-shoot, ‘dikir-dangdut’ have been denied a permit.

Julia Mayer is a Masters of Museum and Heritage Studies student at the Australian National University.