Nothing erases development as suddenly and severely as natural disasters. When earthquakes, floods, droughts and cyclones strike, they wreak destruction not only across borders but across generations – reversing the hard-won progress of many years in poverty reduction, essential services, small businesses and economic opportunity. Disaster resilience in Asia and the Pacific is mission critical for the success of the new Sustainable Development Goals.

Between 2005 and 2014 there were 1,625 natural disasters reported across the region – with more than half a million deaths, 1.4 billion people affected and more than half a trillion dollars in damages. According to the new Asia-Pacific Disaster Report 2015, produced by the Economic and Social Commission for Asia and the Pacific (ESCAP), Asia-Pacific disaster losses by 2030 could total $160 billion every year.  This will take away much needed resources for the implementation of the sustainable development goals which the UN membership adopted in September 2015.

The growing frequency of large and more intense disasters will have the gravest risks for people living in “extreme” and “high” risk areas. Across Asia and the Pacific, the 772 million people who still live under the $1.25 a day poverty line are those most vulnerable to disasters. Close to 1 billion city dwellers, in multi-hazard hotspots, living mostly in concentrated low-income areas, are predicted to be impacted by disasters by 2030.  Degradation of ecosystems, already under stress, will reduce the natural defenses against these hazards.

Accompanying these concerns are the implications of the trans-boundary nature of disasters in Asia and the Pacific. Most of the active seismic fault lines lie across the region, with the Pacific Ring of Fire, which accounts for over 90 per cent of the world’s earthquakes, putting at risk Japan, Indonesia, the Philippines and the Pacific small islands. Similarly the Alpine-Himalayan belt that spreads across China, Nepal and adjoining countries make it the second most seismically active region in the world. Around 60 to 70 per cent of all tropical cyclones every year occur in three Asia Pacific ocean basins – the Bay of Bengal, South-West Pacific Ocean and Western North Pacific Ocean and South China Sea.  Transboundary floods are predicted to cause the worst disasters on large river basins, including Amu Darya, Amur, Brahmaputra, Indus, and Mekong. Monsoon variability, El Nino and reduced snowfall in some sub-regions all exacerbate drought conditions, and have impacted 1.6 billion people since the 1970s.

Only by working together, in the spirit of regional co-operation and collaboration, can the countries of Asia and the Pacific become disaster resilient.  This is why the very first element of the post-2015 development agenda, agreed in March, was the new Sendai Framework for Disaster Risk Reduction. It sets four priorities: understanding disaster risk, strengthening governance, investing in resilience and enhancing preparedness. 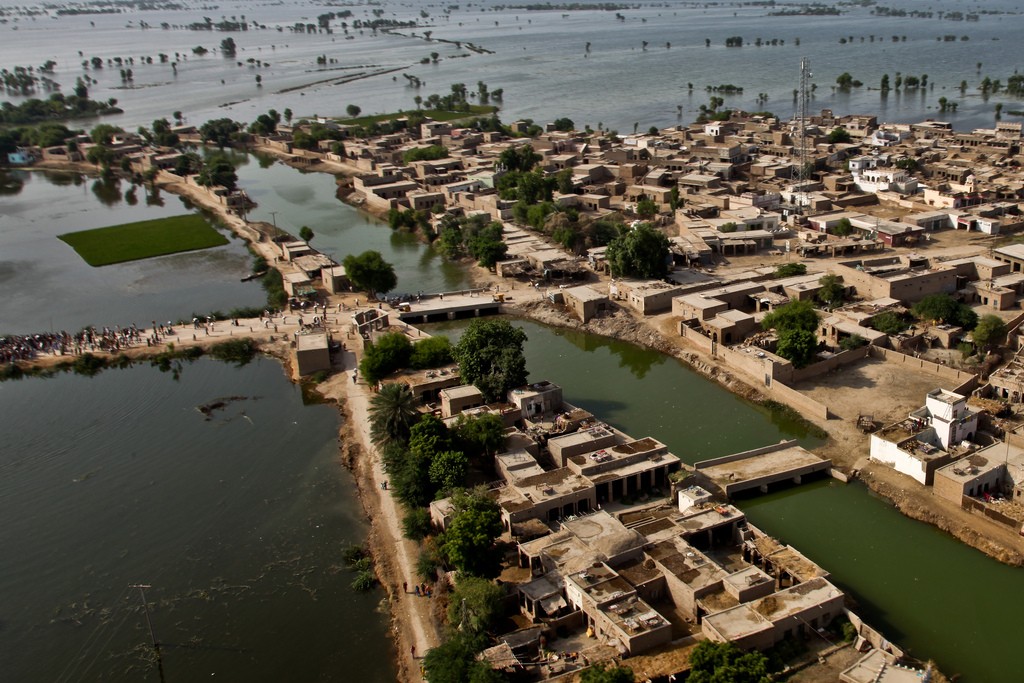 The intensity of disasters and their transboundary implications have prompted ESCAP – the UN regional commission of Asia and the Pacific, with 62 member states – to develop a comprehensive platform and response framework for most types of natural disasters.  A strategic approach to natural disasters has been to acquire expertise and technology and share on-time information to allow early warning of tropical cyclones.  Our region’s spacefaring countries are now sharing their innovative technology applications with those countries that do not yet have these capabilities, through the ESCAP intergovernmental platform. Investing in regional co-operation to address gaps in the regional data, knowledge base, institutions, policies and capacities has been identified as critical.  But much more remains to be done.

Meeting this week in Bangkok, Asia Pacific senior policymakers have reflected on how to address these gaps and develop new regional strategies – especially to address trans-boundary floods and landslides. They have also resolved to work more closely on the ‘often forgotten’ aspects of disasters, such as drought, last-mile early warning systems, and getting the right information to the right people at the right time.

Efforts to strengthen resilience are only effective when they are integrated into wider strategies for sustainable development, and adopted as cross-cutting priorities for governments and the private sector. Every part of an economy suffers from the impacts of disaster, so each sector needs to consider how best to make its activities more disaster resilient.

Greater political commitment to disaster risk reduction, through global agreements and regional deliberations, has however not yet been matched by corresponding action and financing. Many countries still follow a fragmented and crisis-management approach to addressing disasters – with a focus on response and less attention paid to adaptation, prevention, mitigation and preparedness. International assistance is also skewed towards emergency relief and rehabilitation.

In Asia and the Pacific, we can no longer afford this approach. Reducing disaster risk requires concerted local and national action, combined with effective regional coordination and co-operation. Existing disaster risks are being exacerbated, and new risks being created by our region’s rapid economic growth, rising populations, burgeoning cities, and the damage these trends inflict on the environment. Climate change has added further layers of risk and uncertainty.

Shamshad Akhtar is an Under-Secretary-General of the United Nations and Executive Secretary of the Economic and Social Commission for Asia and the Pacific (ESCAP).