It’s time to try something radical

If Australia hopes to tackle its drug problem, policymakers must look to Portugal and Switzerland for radical frameworks that target addiction, rather than simply attacking supply, Vernon White writes.

The use of illegal drugs has been a prevalent problem in Australia for decades. For many years, the use of opiates, and methylamphetamines – or ice – has been at levels much higher than that of similar countries.

Wastewater testing of major cities, released in reports of 2018 and 2019, has shown increases in methylamphetamine, cocaine, and fentanyl, identifying that law enforcement’s battle against supply chain sources is not working.

It seems obvious, then, that it should remain a priority for governments and law enforcement. The involvement of organised crime in the illegal drug market is having an impact on the health of the country and is a serious national security threat. It is also hugely important to the economy of Australia, with an estimated $15 billion dollars laundered annually through the drug trade.

However, whether continuously attacking the supply chain – the current tactic of law enforcement – is having any impact on Australia’s real problem, addiction, is debatable.

Australia, you have a drug problem

On the supply side of the drug trade, law enforcement has unquestionably done a good job, as highlighted in the Australian Criminal Intelligence report on illegal drug data and its acknowledgment of ever-increasing arrests, seizures, and prosecutions. Whether those successes translate into real impact, however, based on the indicators of drug abuse – overdose deaths, and community consumption – is questionable.

In my 32 years of policing, it was always clear that if the arrest and seizures were going up, but having little or no impact on pricing or availability, then that is a failure to tackle addiction. The same holds true in Australia today.

It is time for Australia to attack demand, by looking to the radical actions of other countries, adopting their thinking, and implementing their ideas to engage the drug problem in Australia. This would mean the development of new and different key performance indicators and goals. However, it would reflect the reality that drug addiction is a health problem for communities, families, and individuals.

That law enforcement is engaged at such a high level in tackling drug addiction – estimated by the National Drug and Alcohol Research Centre at the University of New South Wales as spending approximately $1.1 billion – indicates the high level of commitment from various levels of government toward this. While that commitment is positive, the impact it is having on Australia’s drug problems should always be questioned by the community and proven by policymakers.

Australia’s war on drugs is a failure
The work of other countries has focused on law enforcement too, but in contrast, also targeted the drug and addictions problem as a health problem first.

Australia must change tact and follow this lead. It can do so by working on solutions that include the health sector and solutions that are designed to reduce demand for illegal drugs.

So, what are other states doing about drug addiction, and is what they are doing really so radical?

Portugal is the first example. Portugal’s population faced extremely high heroin addiction rates in the late 1980s, when almost one in every hundred Portuguese people was addicted.

Its initial policy response was to double down, imposing strong anti-drug legislation and imprisoning struggling addicts for their criminal drug behavior.

Portugal’s overdoses rose rapidly by the late 1990s, and the country was sliding into a dismal failure to deal with this problem. Out of desperation, Portugal shifted in a new direction, one that stopped seeing addicts as criminals, and turned to looking at addicts as people in need of health care.

After engaging psychiatrists, doctors, and addiction professionals, Portuguese policymakers decided a new direction was in order, one where those caught with illegal drugs found themselves in front of a ‘dissuasion commission’, where the possession of drugs was no longer considered a crime but rather treated as a health problem. Possession of an amount deemed ‘more than personal use’ can still result in criminal justice, but personal use does not.

The result, after more than a decade, has been a threefold reduction in overdose deaths, and a reduction in the overall use of illegal drugs, both contrary to what was expected by those who

The decriminalisation of drugs has dramatically reduced the number of people incarcerated, the overall number of overdoses, and the number of addicts seeking treatment. Now that the stigma of addiction has been all but removed in Portugal, addicts are actually being treated for the medical condition they have, rather than locked away.

In another case, Switzerland has adopted a radical model of opiate addiction, in which they offer medical grade opioid replacement therapy to addicts who are registered with the program. 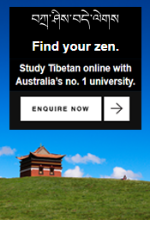 n Switzerland, addicts were often engaged in criminal activity to gather the money needed to purchase the drugs from street level dealers. In doing so, they were feeding organised crime, and then used the drugs in alleys and gutters, placing themselves in high-risk behavior. Getting them off the streets with this policy has been transformative.

The results have been clear. Swiss parks are no longer littered with needles and drug paraphernalia, police involvement with drug addicts has fallen, and the percentage of heroin addicts involved in criminal activity has plummeted to almost zero.

As a result of the Swiss model, the reduction of addicts involved in criminal activity has freed up police resources, allowing them to provide an increased level of support to the health aspect of dealing with addicts. Swiss officials have identified that with addicts not having to engage in illegal or unsafe activities to access their drugs, they are more likely to engage in life-positive activities and come off drugs.

In considering Australia’s future path to manage addiction, policymakers need look no further. They must consider the policies in Portugal and Switzerland and implement them in Australia. These ideas, radical or not, are working.