Has Kim Jong-un had his wings clipped?

Is the Supreme Leader is being marginalised and undermined by powerful factions?

Next year’s Worker’s Party Congress in North Korea is unlikely to lead to real reform measures, but it might shed some light on power plays within the country, writes Remco Breuker.

Recently, however, it was announced by Democratic People’s Republic of Korea (DPRK) state media that Kim Jong-un, the third hereditary ruler, would convene the Seventh Congress of the Worker’s Party of Korea in early May 2016. As the last congress was held in 1980, this will be the first Congress in 36 years.

Since Kim Jong-un became Supreme Leader, large, nationwide Party events have been held significantly more frequently than under his father. Kim Jong-un’s entire career is traceable through Party Conferences (the little brother of the Party Congress). He was introduced as his father’s heir during the 2010 Party Conference (one of the few under Kim Jong-il) and in 2012 he was named KWP First Secretary and First Chairman of the National Defense Commission. If anything, under Kim Jong-un, the leadership structure of the KWP returned to how it was under his grandfather.

There is a limit to how fruitful it is to try and understand the significance of the announcement of the Seventh KWP Congress through reciting previous congresses and conferences. It is more instructive to pay attention to the political context of Kim Jong-un’s rule. Then it becomes clear that far from spreading his wings, Kim Jong-un had his wings clipped.

This first happened with the execution of his uncle by marriage, Chang Sŏngt’aek, which robbed him of a supporter and which gave the sacred aura of the Kim clan a mighty public blow. Then, barely a year later, in September 2014, by the conspicuous and conspicuously public appropriation of Kim clan privilege (such as KJU’s personal plane and his bodyguards) by a troika of power holders, who unexpectedly visited Seoul. One of those three, Hwang Pyŏngsŏ, had only recently stepped out of the shadows of the inner corridors of power in Pyongyang. There is a pattern to be discerned here that will be confirmed during the Korean Worker’s Party Congress next year.

Pyongyang power politics under Kim Jong-un have been stable in their instability. On a general level, the power structure is relatively constant. On an individual level, it is extremely unstable. The number of purges of the highest-ranking power holders and the increase in summary executions clearly demonstrate this. But rather than blaming the young dictator who is spreading his wings, as if he is Fu Manchu reincarnated, it is more in line with the facts to see this as the dramatic results of an ongoing factional power struggle at the highest level in Pyongyang. 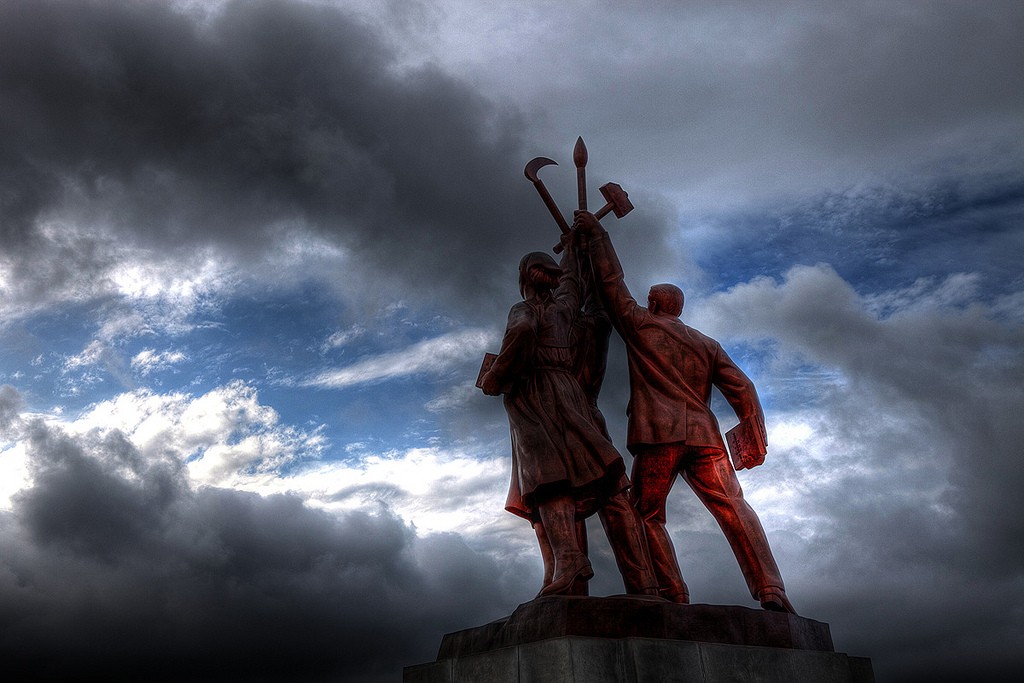 Kim Jong-un is not Fu Manchu and North Korea’s most powerful politicians are not his henchmen. North Korean politics at its apex is extremely complex, and sees a number of extremely resourceful and powerful people, tied together in competing factions, administer the country, secure their positions, and divide the resources.

The increasing frequency of Party conferences and now even of a full-blown Congress can only point to one thing. Under Kim Jong-il these gatherings were not necessary, because power was concentrated in his hands (or close enough for him to control it) and legitimation was focused on himself, and a Party Conference was only held on an extraordinary occasion (announcing his successor).

The same does not hold for Kim Jong-un. The large gatherings of the (potentially) most powerful people in North Korea are now necessary in terms of legitimation (since rule is, all but in name, divided) of the Supreme Leader and in terms of power brokering. Deals must be made for the country to continue running along the same lines.

If we combine this with the stepping into public view of previously rather anonymous power holders, this trend will continue. The separation between public office without real power and hidden office with real power that was prevalent under Kim Jong-il has now gone. Without Kim Jong-il to restrain them (to practice divide-and-rule), people like Hwang Pyŏngsŏ are stepping into the spotlight of public attention, combining real power with public visibility.

We will see more of this during the Party Congress in 2016. Not, as the inevitable hopeful predictions state, real reform measures from Pyongyang (those who can instigate reform have nothing to gain by it and everything to lose), but the formalisation and legitimation of de facto power holders (such as Hwang Pyŏngsŏ) under the rule of the Supreme Leader. Who, in the meantime, is not powerful enough to block the temporary exile of one of his family’s most staunch and loyal supporters (Ch’oe Ryonghae) to a Party school for re-education.