India is showing ambition in trying to create a knowledge economy, and it’s paying off

Armed with a rapidly expanding economy and a growing middle class, the Indian government and private sector are building a knowledge economy that could take the country to the next level, Anthony D’Costa writes.

The knowledge economy is helping to shape the Indian economy and move it to a higher level.

Growth has climbed from the roughly 3.5 per cent for the first three decades since independence, to above 6 per cent since the early 1990s, including during the Great Financial Crisis.

While India is still not out of the woods with over 300 million people living in abject poverty, a lagging physical infrastructure, and institutional shortcomings in managing India’s transition to a robust and inclusive society, there are many positive developments that indicate further growth as well as social-structural changes that promise more development-friendly reforms.

One such area is India’s ambition and growing maturity in the knowledge economy.

The knowledge economy is very much part of the new economy whereby information and communication technologies (ICT) and the consequent revolution in (tradable) services have cumulatively contributed to a new environment for innovation and national competitiveness. While the preserve of new technologies and markets have been traditionally the OECD economies, the dynamic economies of East and Southeast Asia and now China and India are both markets for global products and services and global knowledge hubs to supply goods and services to the world economy.

India’s role in this changing landscape is becoming significant. Armed with a large and rapidly expanding economy, a growing middle class (estimates vary from 100-200 million individuals, depending what income yardsticks are used), the government and the private sector are shaping India’s knowledge economy.

For example, past government policy regarding process patents on pharmaceutical products ensured India’s ability to reverse-engineer patented products and deliver low-cost, essential drugs. Today under the World Trade Organization (WTO) the industry is the world’s largest producer of generic drugs.

Similarly, the private sector such as the projected US$100 billion IT industry has not only mastered the offshoring model to India’s benefit, but directly influenced the contemporary growth and development of India’s professional and technical education infrastructure. The increasing purchasing power of India’s expanding middle classes, government’s ambition to be a knowledge power, and the growing sophistication of Indian research capacity mean that India will play a greater global role.

From an institutional stakeholder’s point of view universities, research centres, the private sector, and the government are the key drivers. In addition, multinational firms, bi- and multilateral technology partnerships, Indian households, and the Indian diaspora play supportive roles. Finally there are infrastructural and social policy issues such as ICT and access and right to education, among others.

The diversity, quality, and scale of higher education infrastructure are critical to a knowledge economy. Universities are one important part of the research system. Vocational training is another important platform for creating a highly skilled workforce. The Indian higher education system is large, with more than 600 universities and institutions, and over 31,000 colleges. However, the average quality of education falls below international standards, not only due to the huge scale of delivering education services to the masses, but also because of administrative incapacity and government centralisation. Work practices are inflexible and not forward-looking, especially at the lower rungs of the government and institutional bureaucracies. Nevertheless there is a perceptible change due to increased demand for quality education by households, as well as business. 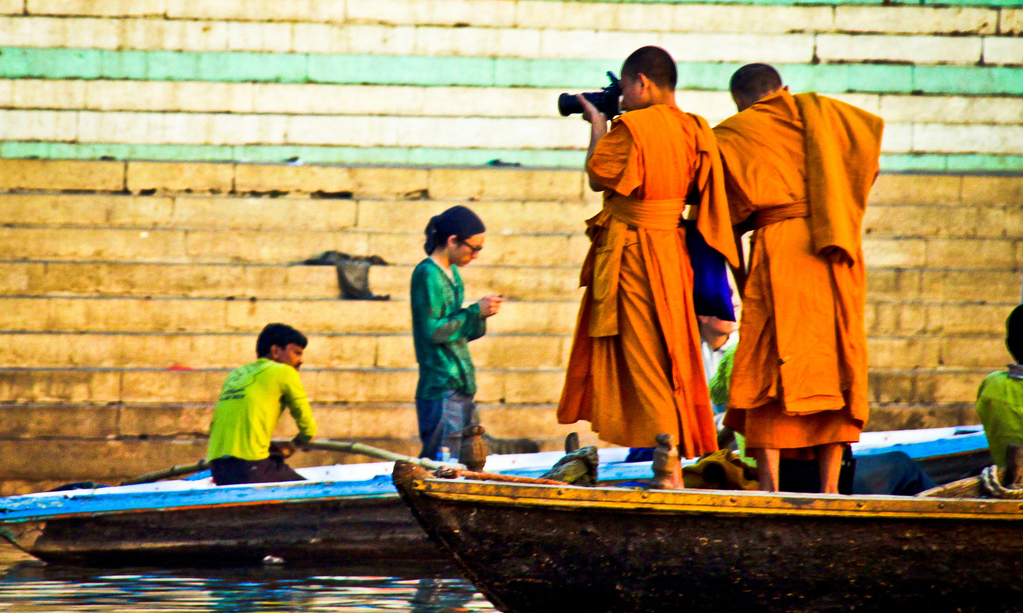 While is difficult to document India’s research centres, there are numerous national (public) institutes that undertake research in almost every branch of scientific enquiry, including but not limited to agriculture, engineering, mathematics, astrophysics, space, oceanography, petroleum, medicine, and mental health. Notwithstanding the institutional overlaps, fuzzy jurisdictions, and efficiency in the use of resources, these sets of public institutions contribute to an ecosystem for a knowledge economy. Furthermore, there are dedicated industry and sector specific central government research institutions – for example, the Council for Scientific and Industrial Research is considered to be one of the largest publicly funded research organisations in the world.

The private sector also has a role; the unleashing of the Indian economy through deregulation and liberalisation has spurred Indian firms to upgrade their competitive strengths.

Government policy is also important. There is general consensus that the growth and diversification of the knowledge economy depends on both private sector innovation and dynamic state policy.  At a basic level, what is known is that high quality tertiary education in science and engineering is critical to forming a talent pool, and a dynamic macroeconomic growth environment is necessary to support entrepreneurial initiatives. Within these two broad parameters, governments can support higher education, research and development, and encourage complementary private sector investment in education. In addition, patent and copyright laws, access to credit, pricing and tax policy, innovation policy and export competitiveness, among others are likely to form the architecture of a knowledge economy. India has been engaged with most of these areas, albeit in an uneven way. Investment in education has gone up, by both the public and private sectors.

The setting up of the first Knowledge Commission of India in cooperation with private sector participation suggests the importance of the knowledge economy.

India’s quest to be a part of the global knowledge economy is real.

An earlier version was published in Norwegian as “India i den globale kunnskapsøkonomien”, commissioned by the Norwegian Centre for International Cooperation in Education, Bergen, Norway.

Anthony D’Costa is the Chair and Professor of Contemporary Indian Studies, Australia India Institute and teaches in the Development Studies Program at the University of Melbourne.