It’s time to consider the true price of our symbol of love, Kathleen Buckingham writes.

Valentine’s Day has come around again. Far from a modern invention, pre-Christian Romans celebrated the Saint beheaded by Claudius II in Third Century Europe – apparently the martyr wrote a final letter before his execution signed ‘Your Valentine’.

North America did not embrace the holiday until Hallmark cards specialised in Valentine’s cards in 1910. Since then, the marketing of symbols of love has flourished. In 1939 the De Beers company made diamonds the ultimate gift of love; within three years, 80 per cent of engagement rings in the United States were diamonds. Much attention has been paid to the implications of ‘blood diamonds’, which led to the creation of the Kimberley Process in 2000 to attempt to stop the trade.

Gold too falls into this category. Gold has retained its social value for centuries, which can only partially be explained through its attractiveness and relative scarcity. Estimates of how much gold there is in circulation, in vaults and jewelry boxes, range from 155,244 to 2.5 million tons, with an estimated 52,000 tons minable gold still in the ground. Yet, the potential severe environmental degradation resulting from gold mining through soil erosion, deforestation, resource intensity, greenhouse gas emissions and cyanide pollution makes the appeal of gold less bright. 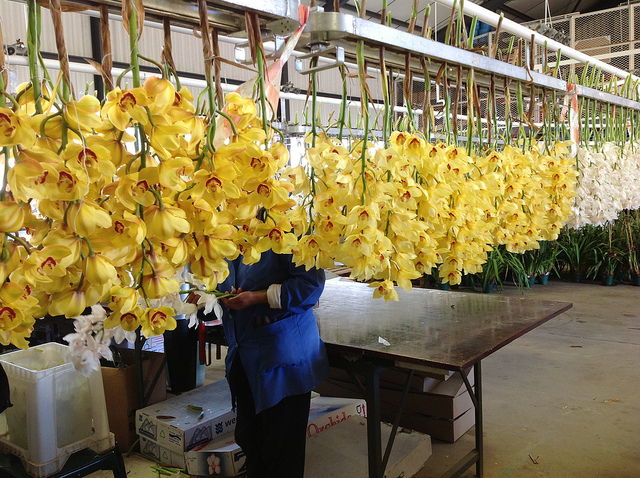 A more modest token – flowers – have also become a global industry. The connection between roses and love can be traced back to Aphrodite in Greece or Venus in Rome: the Goddesses of love. The cut-flower – or floriculture industry – was developed in England in the late 19th Century and now stands at an estimated US$33 billion. The Netherlands, United States and Japan account for nearly half of the world’s flower trade with the majority of the market being distributed via the Netherlands. The Netherlands makes up only 10 per cent of production volume but accounts for 60 per cent of global export. Since the 1990s, production has shifted towards countries where climatic conditions can provide year round production with low labour costs, with Colombia, Kenya, Ecuador and Ethiopia the world’s greatest producers. Whilst controls do exist, there are huge implications for the environmental impact of the industry.

Chemical pollution is an issue. The cut-flower industry is a short-cycle production process that requires the extensive use of agrochemicals which have a negative effect on the air, soil and water supply.

The industry has loose regulatory status because flowers are not edible crops and are exempt from regulations on pesticide residues, although they carry significantly more pesticides than allowed on foods. It is estimated that one-fifth of the chemicals used in the floriculture industry in developing countries are banned or untested in the US. In 2015, the Montreal Protocol (signed in 1987 to prevent the depletion of the ozone layer) deadline for changing floricultural chemical use of Methyl Bromide came into effect in all developing countries. Already 100 per cent phased out in the US since 2005, Methyl Bromide is a toxic chemical hazardous to humans, five times more potent than Carbon Dioxide and destructive to the ozone layer with an Ozone Depletion Potential of 0.6 (with CFCs classified as 1). 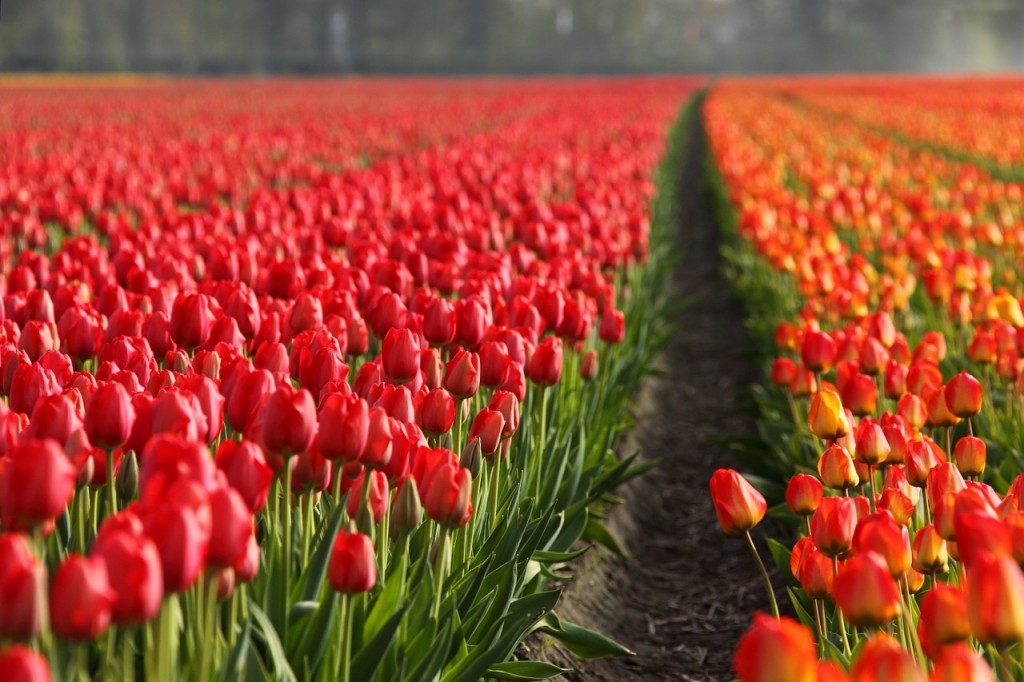 Water use is also an issue. Increasingly, virtual water is being exported through international trade from some of the most water-stressed countries. For example, cut flowers account for 45 per cent of Kenya’s virtual water exports. Controversy surrounds Lake Naivasha, with more than half of the water extraction coming from the floriculture industry. Yet, flowers provide livelihoods. In Kenya for example, the industry stands at US$141 million per year, which is the second largest foreign exchange earner for the country. Cut flowers in Kenya produce the highest economic return per unit of water exported. To maintain water balance going forward, Kenya may need to import water-intense crops, such as maize, to ensure food security, or for the price of water to be offset in a price premium by the consumer.

Regulation is needed. In Ethiopia, where serious environmental concerns have been raised, the total area of land covered with flowers has increased from less than 100 hectares in the late 1990s to more than 1200 hectares in 2008 (over 990 hectares or 82 per cent is for rose cultivation). The earnings from the floriculture sector amounted to more than US$131 million in the year 2009. Export value earned is expected to rise up to US$550 million by 2016. Whilst government guidelines and collectives have been created to ensure standards, the proportion of adopters is still low. Standards are arising through Fairtrade and sustainably certified flowers but much more needs to be done.

The market is fragile.  Proponents may argue that the floriculture industry employs thousands and takes the burden away from reliance on aid. Yet the industry is vulnerable to external factors such as currency rates, oil prices, climate change and the economic situation in the target markets.

As another Valentine’s Day brings a surge in demand for cut-flowers, and as the world edges towards a global population of 9.6 billion by 2050, which faces roughly a 70 per cent gap between the crop calories produced today and those that will be needed to feed the projected population, it is important to stop and ask whether the water, chemicals, land, air-miles and carbon footprint used for floriculture wouldn’t be better used elsewhere. For example, over 2,000 hectares of agricultural land in Kenya is used for cut flower cultivation and globally the area is expanding as countries like China make investments in the industry.

China has emerged as a large producer and exporter of floriculture products in Asia. According to official statistics, the estimated production value of flowers and plants in China increased by 150 per cent from €6 billion in 2009 to €15 billion in 2013. Of this, China’s cut flower industry had an estimated production value of €1.5 billion – the lily taking 42 per cent of the production value, followed by the rose at 24 per cent. Capitalising on this, as much as 90 per cent of the retail price of a rose is added after the flowers arrive in the United States or Europe.

Projecting into the future, China plans to become the largest flower exporter in Asia and the second globally after the Netherlands. Regardless of whether roses are grown in the greenhouses of Yunnan or elsewhere, we need to think about land use. Globally there is an estimated 2 billion hectares of degraded land, roughly twice the size of China, with opportunities for restoration. This Valentine’s Day it may be worth considering the value of this culturally constructed symbol of love, and looking at the thorns on your roses – which countries’ virtual water, chemicals, land and labour provide your love token.

The opinions in this piece are the author’s own and do not represent those of the World Resources Institute.

Kathleen is a Research Associate at the World Resources Institute based in Washington DC. She holds a DPhil (PhD) from the University of Oxford.