One dam(ned) mistake after another

Surviving in the face of climate change requires mobility and thinking outside the box. Digging in to build mega-dams is not the answer and will only shift the burden of drought onto someone else, writes Karen Piper.

The recent uptick news about multi-billion dollar water transfer projects to combat drought has left me surprised.  Certainly, I am aware there is a global water crisis; after all, it is the subject of my book The Price of Thirst.  Nevertheless, in December 2014, when China opened the first link of the South-North Water Transfer Project, moving Yangzte River water across the country to water-parched Beijing, I let out a little gasp.

When Prime Minister Narendra Modi revived India’s River Interlinking Project, which will move, reverse, and combine rivers across the entire nation, my jaw dropped a notch.  My astonishment stems not from a lack of awareness about the need for China to wean itself from coal or for India to replace its dwindling groundwater supplies, but from a question that always runs through my head:  “How the heck do they not know it won’t work?”

Modern water engineering—along with the fantasy of rescue it provides—has long enjoyed a global monopoly over our water supplies, and even our very conception of water.  China’s communist rulers based their dam-building frenzy on the model of the American West.  India has continued to build British-planned dams and water infrastructure long after the British were gone.  In Asia, big dam building is now also big competition; both China and India want to grab Himalayan water before the other does.  Since the glaciers of the Himalayan range are melting, and provide water to 1.5 billion people, the matter seems even more urgent.  The most recent U.N. IPCC prediction for Himalayan ice loss is 30-50 per cent loss by 2100. 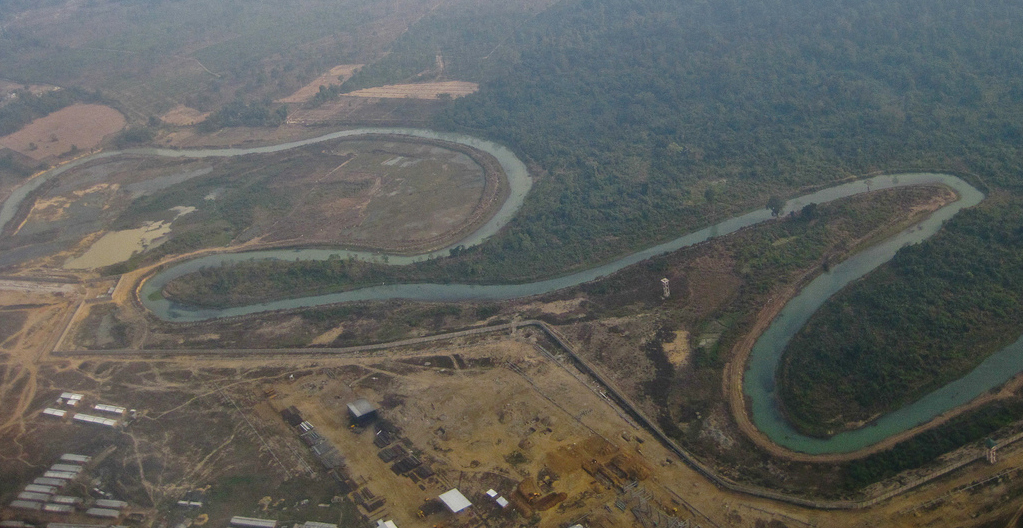 But glaciers do not melt in a predictable fashion; they create ice dams and lakes that break, drain, and flood in a spectacular way.  In Chile, the government has stationed 24-hour monitors by these ice dams to warn downstream residents when to evacuate.  India has not done so, and the Himalayas have thousands of such lakes.  Besides the problem of flooding, shifting water weight is known to trigger earthquakes.  Yet while China and India are in a race to impound this water, no one seems to be planning for the impact of these forces on the dams.

In The Price of Thirst, I contemplate the consequences of just one Himalayan dam collapsing, Tehri Dam.  Currently the tallest in India, Tehri is an earthen dam in an earthquake, flood, and landslide prone valley; it has been dangerously close to overtopping several times.  If it were to collapse, it would kill hundreds of thousands of people downstream; and today, the mountains are coming down all around it.

When I visited the region, I just missed a glacier collapse that killed 12 people, and landslides were constantly blocking my route, as well as crushing houses around the reservoir.  Then in 2013, when a breaking ice dam changed the entire landscape overnight,  I watched the BBC in horror as the hotel I stayed in crumbled into the Alaknanda River with one giant “plunk.”  Estimates of the number who died are between 6,000 and 30,000 people.  Tehri Dam was saved only by releasing floodwaters onto the cities below, thus destroying other dams.  According to the non-profit Circle of Blue, 10 big hydro projects were seriously damaged during this one flood alone.  In China, even more dams have been failing.  According to a study in Science Daily, 278 dams failed between 1990-2013 (Li Shou Yi, July 2015).

This is only one of many problems the dams will create or face.  The problems created for Bangladesh may in fact hold the secret as to why these 400-some Himalayan dams are being built.  The Indian government plans to divert the Brahmaputra River away from 15 million thirsty Bangladeshis, causing saltwater to further intrude on underground water supplies, in order to flush out Calcutta’s port with what they call “excess” water.  At the same time, China is trying to dam the Brahmaputra and divert it back to China first, thereby angering India.  Whoever gets the water first, Bangladesh is screwed.  This is not an engineering solution to drought, but a naked water/power grab with the potential to kill or evict millions. 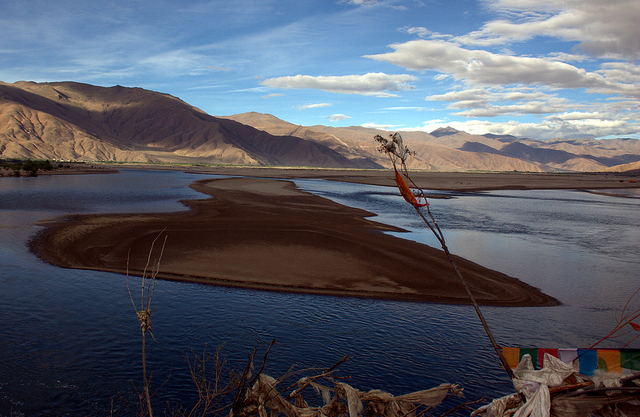 Big dams are a way of or digging in, rather than dealing with the shifting circumstances of climate change.  Big dams are also a way for politicians to assert their control in a world that is spiraling out of control.  But surviving in the face of climate change requires mobility and thinking outside the box, not digging in.  Antique, colonial mega-dams are not the answer.  The answer is reducing CO2 emissions, without relying on big dams, and changing the way we do agriculture.  Modern agriculture uses 80 per cent of the world’s fresh water, contributes to global warming, and pollutes rivers.  Yet this is where much of this water is being diverted.

Of course, Asia’s addiction to modern water engineering is not unique.  US politicians are bandying around proposals to tunnel under the California Bay Delta to bring more water to agribusiness in the San Joaquin Valley, or to divert the Missouri River to Colorado and Kansas farmers.

Perhaps desperate for solutions, the world’s leaders have been dusting off proposals that were previously considered too expensive or extreme to implement.  But in the face of climate change, they are are even more risky—and will only shift the burden of drought onto someone else.

Karen Piper is a Professor of English and adjunct professor of Geography at the University of Missouri.  Her latest book is The Price of Thirst: Water Inequality and the Coming Chaos.