Unemployment among South Korean youth is at a 15-year high, where full-time work is scarce and hopes are rare. Hyung-A Kim looks at policy changes needed to address this crisis.

This deepening societal crisis should come as little surprise to those familiar with changes in the post-1997 Korean labor market. Following the Asian financial crisis of 1997-8, the International Monetary Fund bailout package called for the restructuring of South Korea’s economy on top of work which had been ongoing throughout the 1990s.

Indeed, an entirely new generation of non-regular or contract workers emerged in the pursuit by both the government and big business – known as chaebol – of a more flexible labour market. As a result, young workers have suffered a loss of career prospects and security in employment.

While South Korea’s chaebol have recovered nicely from the crisis, high unemployment, or unstable employment has been the outcome for South Korea’s young people, to the extent that they are known in Korean society today as the “seven-give-up generation”. The “seven-give-ups’’ include love, marriage, childbirth, human relations, home ownership, personal dreams and hope.

This phenomenon initially grew out of the “three-give-up generation”, and then the “five-give-up generation”, and of these seven factors, young males in their twenties and thirties, according to a recent survey by the Chung-Ang Ilbo newspaper, have mostly given up on marriage and dreams, and young females in the same age group have chosen to give-up childbirth and marriage. Korean workers in general feel that they have been abandoned by their government and Korean corporations in South Korea. 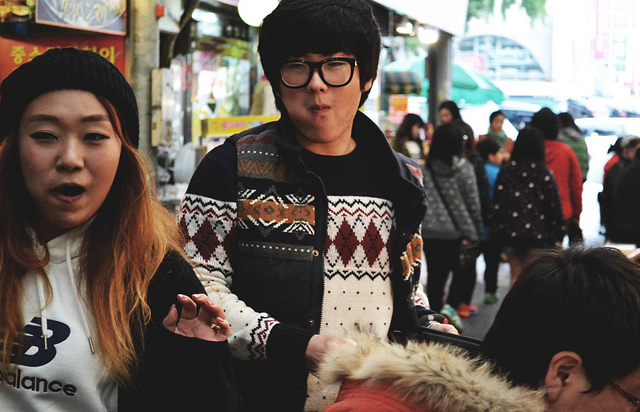 As elsewhere, participation in employment, education or training is important for South Korea’s youth to become established in the labour market and achieve self-sufficiency. To a large degree, South Korea’s youth unemployment problem is disguised by a relatively low labour force participation rate of only 46 per cent for young people aged 15-29, with only 41.7 per cent of young people actually in employment.

The unemployment figure of 9.9 per cent therefore grossly understates the societal problem of youth unemployment and underemployment in South Korea. On average it takes young people 11 months to get their first job. The average service period for first jobs is only 1 year and 2.6 months.

The emerging societal problem this picture represents is obvious and requires urgent action by the South Korean government. The low labour force participation rate, combined with a 10 per cent rate of youth unemployment, sees over 58 per cent of South Korea’s population aged 15-29 without paid employment. To postpone the inevitable, many South Korean students simply stay on at school because they can’t find a job. Moreover, the fact that all males are required to undergo 21 or 24 months of military service simply adds to the dire job situation facing Korea’s youth.

In this context, many well-educated young Koreans compete for a limited number of prestigious full-time jobs, rather than also applying for less-desirable employment options. Many opt to remain out of work in the hope of eventually securing a better job.

And yet, many small and medium-sized enterprises (SMEs) in the country suffer from chronic shortages of manpower, as most college students shun low-paying and physically challenging work. These SMEs are forced to compete to hire more immigrant workers, whose numbers and period of stay are limited by government regulations. Under current labour market conditions, the job mis-match is unlikely to be resolved soon.

President Park Geun-hye’s administration has attempted over several years to push ahead with a plan to increase the overall employment rate to 70 per cent by 2017. However, doing so by mainly introducing a more flexible system of working hours is not sufficient. She has reiterated policy steps, including the additional hiring of public-sector workers such as teachers and nurses, and tax credits for businesses that employ workers. These may be necessary steps to attract more of the unemployed workforce back into the job market, but hardly sufficient to turn the tide on South Korea’s rapidly worsening problem.

More drastic, fundamental policy change is needed, preceded by a paradigm shift in the government’s management of the South Korean economy and government–business relationship. Some argue that Korea’s job market should become more flexible to absorb more of the young, idle workforce, but they overlook the fact that Korea’s job security is the worst (and most flexible) among major economies, with an extremely short average work period of 5.6 years per job.

What politicians and bureaucrats must do is apply their strategic thinking to how to shift more of the fruits of South Korea’s economic growth from business to workers, young and old.

One approach could be to direct a greater share of economic growth returns to more direct job creation policies, such as domestic demand-boosting policies which can lead to both higher corporate earnings and higher levels of employment for today’s generation of young people. Just letting the chaebol dictate national policy will only make the rich richer and the poor poorer.

Hyung-A Kim is Associate Professor of Korean Politics at the School of Culture, History and Language  at the College of Asia and the Pacific, The Australian National University.