The UN Commission of Inquiry on North Korea ruled that the country is guilty of committing crimes against humanity. But getting to the truth of conditions in the country is increasingly difficult for researchers, as Jiyoung Song reports.

In 2013, the United Nations (UN) Human Rights Council established the Commission of Inquiry (COI) to investigate human rights in North Korea and appointed Michael Kirby, a retired Australian judge as the chair. The COI report accused the North Korean leader, Kim Jong Un of committing crimes against humanity and called for the case referral to the International Criminal Court.

Unsurprisingly, the COI was denied access to North Korea . With denied access, the COI instead carried out 240 confidential interviews with North Korean refugees living in South Korea, Japan, the UK and the US, including Shin Dong Hyuk.

In January 2015, however, the DPRK government released a video of Shin’s father (see below), which claimed Shin’s stories were fake. When questioned on this Shin himself confessed that parts of the stories in his book were not correct, including sections on his time in Camp 14 and the age he was tortured. Shin’s credibility as a human rights activist was damaged but many still firmly believe that he was a victim of human rights violations.

Similarly, Kwon Hyuk gave accounts to the US Congress that he was an intelligence officer at the DPRK Embassy in Beijing and witnessed human experiments in political prisons, which became a critical factor for passing the US North Korea Human Rights Act in 2004. Kwon’s identity, however, was questioned by South Korea’s Yonhap News arguing that he never served in a political prison and was not in a position to access the information. Kwon has since disappeared from public life.

Another notorious case saw Kim Hye Kyung testify before the Canadian parliament that she had known a woman who killed her own baby and sold it as pork in a market in North Korea. Many North Koreans question the validity of her stories.

While there is no doubt the North Korean regime has violated serious human rights, there is also a fundamental question about heavily relying on defectors’ testimonies as credible evidence. The evidence used in the US North Korea Human Rights Act and the UN COI is based mostly on former North Koreans’ oral accounts, which are also the sources of information in North Korean studies and policy analyses elsewhere. 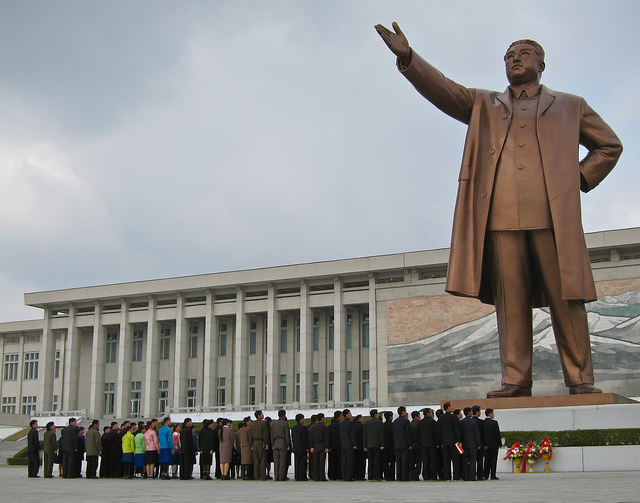 I have interviewed North Koreans as a North Korea watcher and human rights researcher since 1999. What I’ve found suggests there are issues with the current methodologies used in investigating North Korean human rights and serious ethical dilemmas many researchers have to deal with.

A government official from the South Korean Ministry of Unification told me that the range of fees for interviewing former North Koreans in the South was US$50-500 per hour, depending on the quality of information s/he had.

This practice raises serious questions about the payment as ethical research: What is the impact of payment on interviewees’ stories? How does the payment change the relation between a researcher and an interviewee? The more exclusive stories they have, the higher the fees are.

Another issue is that one-on-one interviews often generate exaggerated stories and inaccurate information. Although there are ways to rectify false information through double and triple cross-examinations and through multiple sources, these methods are highly time-consuming and some information with single sources are never verifiable. 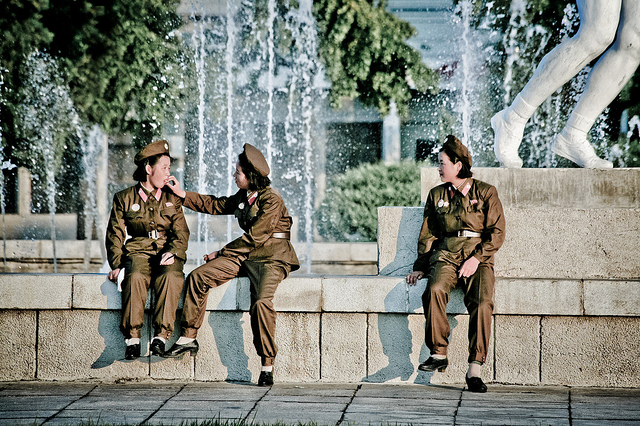 As the number of North Korean defectors reached 20,000 in 2010, earlier issues with oral accounts being not first-person eye-witness accounts but collections of secondary sources have been mitigated. First-person testimonies have become the norm but at the same time, the stories involve younger victims with more tragic, dramatic, visual and emotional contents.

Both Kang Chol Hwan (a grandson of political prisoners who spent ten years in Yoduk prison) and Shin Dong Hyuk (a son of a political prisoner who claims he was born in the Camp 14 in Kaechon) had dire camp experiences. Kang Chol Hwan, the co-author of The Aquariums of Pyongyang, was one of the very few political prisoners to appear before Shin Dong Hyuk, the real character of Escape from Camp 14 . Both met the former US President George W Bush. Kang became a journalist at the South Korean conservative newspaper, Chosun Ilbo, and founded several advocacy groups. Shin’s prison stories became an international bestseller and were made into movies and documentary films.

The DPRK dismissing evidence is perhaps unsurprising, but it was not just the DPRK government that claimed Shin’s accounts were fake. Many prominent North Koreans, including Kang Myong Do whose uncle used to be the head of Camp 14, and others, all said that Shin’s stories were lies. In 2015 Shin confessed that some of the stories in his book were not true, raising serious questions about the veracity of his testimony.

A further complication is that changing names, using false identities or even identity laundering are common among North Koreans who escaped their home country. Lee Hyeon Seo, the author of The Girl with Seven Names, talks about her experiences in China and South Korea, using different names or pretending to be Chinese to survive in harsh new environments. To what extent a responsible researcher has to believe the stories of those who keep changing their identities and what to make of it depends on the researcher’s exposure to the North Korean community.

On top of that a researcher’s national, gender and age identities affect the dynamics with North Korean interviewees. An older white male interviewer who is not a Korean speaker would hear different stories from what North Koreans tell a younger South Korean female researcher, for example. The native Korean language helps detect the nuance and sensitive information that cannot be identified when the communications are in English.

The UN COI and US Congress hearings rely on interpreters, meaning that many important details are lost, misinterpreted or misrepresented. But it’s not just about things that get lost in translation, as the Korean language can also create hierarchical relations between younger researchers and older North Korean refugees as the former have to use honorific endings and the latter often do not.

When interviewing North Koreans, the researcher’s gender is another factor. Comments on the researcher’s body, characteristics, marital status, education, class or parents are common, which may not happen to a non-Korean male investigator who has to rely on interpreters, for example. Researchers studying North Koreans have to bear in mind these different dynamics generated by their own nationality, language, gender, ethnicity and age identities. 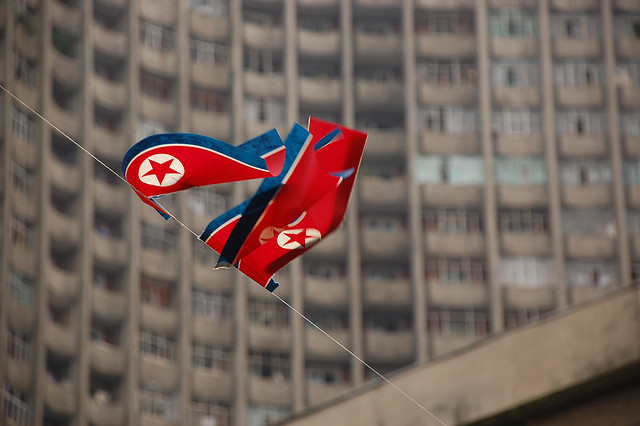 North Korean refugees are well aware of what the interviewer wants to hear. Whether it is the UN COI, the US Congress or the Western media, the question has been consistent: why did you leave North Korea and how terrible is it? The more terrible their stories are, the more attention they receive. The more international invitations they receive, the more cash comes in. It is how the capitalist system works: competition for more tragic and shocking stories.

In my 16 years of studying North Korean refugees, I have experienced numerous inconsistent stories, intentional omission and lies. I have also witnessed some involved in fraud and other illicit activities. In one case the breach of trust was so significant that I could not continue research. It affected my professional capacity to analyse and deliver credible stories in an ethical manner but also had a deep impact on personal trust I invested in the human subjects I sincerely cared about.

False testimonies are detrimental to many activists and researchers who have worked on North Korean human rights. Many former North Koreans identify the source of this phenomenon as the market pressure on defector-activists. Ahn Myung Chol, former prison guard at Camp 22, said people like shocking stories and defector-activists are merely responding to them. Chong Kwang Il, former prisoner at Camp 15, says that the fame that books and media exposure has brought to defector-activists also traps them. Choi Sung Chol, the head of the UK One Korea Association, emphasises that “Most North Koreans do not worry about small factual mistakes as long as the big picture that North Korea violates human rights is right. We, North Koreans, know what is true and what is fake, but, at the same time, we do not want to ruin the bigger political moves like the UN COI or the US human rights act.”

Behind all these challenges in studying North Korean refugees, there has been a lingering question about the role of the South Korean National Intelligence Service in the making of North Korean defector-activists. The sudden rise and disappearance of certain North Korean defectors, their testimonies before foreign parliaments and the UN or the spread of unverifiable sources of information through major news outlets seem to be facilitated by a combination of various individual and institutional forces.

As a researcher, the big question facing North Korean human rights is not the lack of testimonies or evidence, but the abundant unverifiable data and being denied access to the country, information and ultimately a peaceful Korean peninsula. A right to information is the biggest human rights violation of all.

A longer version of this piece is on Jiyoung Song’s blog: https://songjiyoung.wordpress.com/2015/07/23/in-the-making-of-north-korean-defector-activists/