Factors and actors behind the historic transition

After decades of undemocratic rule, a grassroots hunger for democracy is turning the tide in Myanmar with some assistance from outside actors, writes Trevor Wilson.

How is democracy promoted around the world, what techniques are successful? Established state democracies are by no means the only inspiration for democracy or for good governance, these ideas can find inspiration in other cultures and societies, such as Myanmar.

As a country that so publicly repudiated democracy in 1990 by not allowing an elected party to assume power, Myanmar has been a major target for extensive, and well-funded, democratic activism for more than two decades.

After World War II democratic practice was mainly advanced through universal principles or values of the United Nations (UN) system. The principle authority for UN action is merely a Statement by the UN Secretary-General Ban Ki Moon; there is no UN resolution, perhaps because UN Security Council Permanent Members Russia and China would not support such an ideological declaration.

Surprisingly, the UN Democracy Fund was not set up as a funding mechanism for spreading democracy until 2005 after the pivotal “World Summit” held that year. Until then, democracy had been supported institutionally, through UN specialised agencies – the international financial institutions (IFIs) of the Bretton Woods arrangements. Global values were also disseminated through universally applied international law, including international conventions (only some of which Myanmar had ratified), international courts, and bodies with judicial powers such as the World Trade Organization, in most of which Myanmar was a member.

Some systemic funding, capacity building, and norm re-enforcement occurred through UN agencies with a presence or programs on the ground in Myanmar (for example, the UN Children’s Fund, UNICEF; the World Health Organization; and after 2002, the International Labour Organisation; then later, the United Nations Development Programme “Rule of Law” in Myanmar under its democratic governance mandate. But the UN’s own Guiding Principles for Business were not adopted by the UN Human Rights Council until 2011. Significantly, none of the IFIs had an office in Myanmar until 2012, so in that area there was initially a gap to be made up. But pontificating in global forums and declamatory “feel good” resolutions in toothless international gatherings would have little impact on the situation on the ground in Myanmar, as successive Myanmar military regimes well understood. 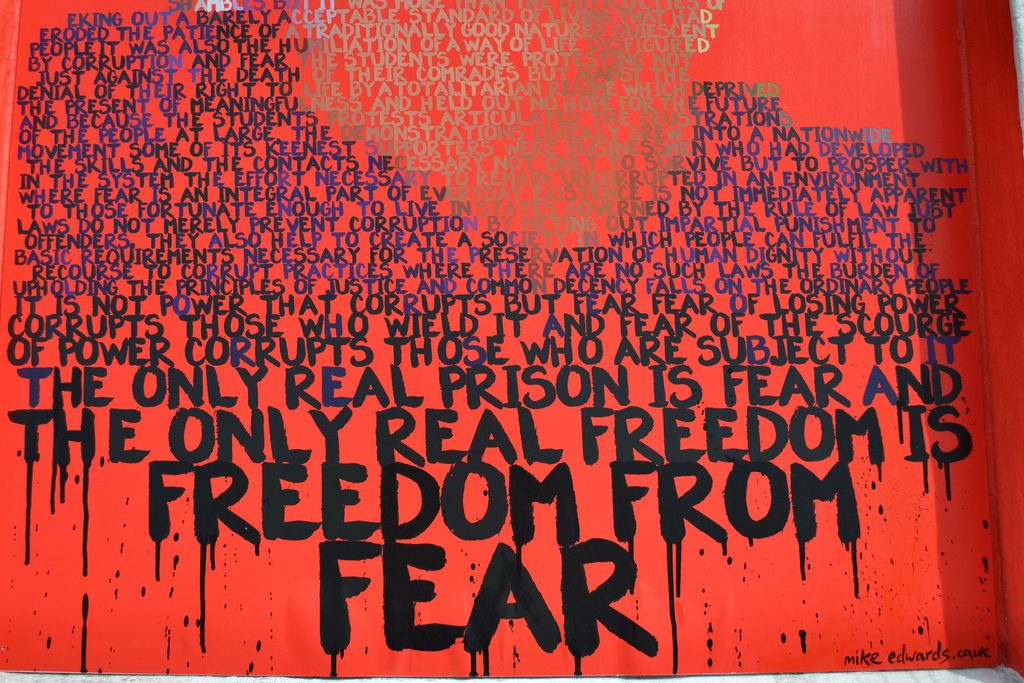 Democratic precepts were also spread through influential international NGOs – such as the International Commission for the Red Cross (ICRC), Amnesty International, Human Rights Watch (HRW), and the Inter-Parliamentary Union. Some of these international NGOs exercised considerable influence on developments in Myanmar. For example, the ICRC at certain times had its representatives stationed in many locations around the country precisely in order to understand the situation on the ground and to have immediate access to prisons and detention centres. Amnesty International and HRW for many years regularly published detailed human rights assessments and reports on Myanmar and were responsible for documenting some of the most important problems. But they essentially telegraphed their messages and conclusions remotely, mostly without personal interaction, and not surprisingly could do little if the regime chose to ignore or deny outright their findings. They certainly exercised a powerful influence over the giants of the international media and therefore shaped international attitudes towards Myanmar in some circles quite effectively.

Much less influential inside Myanmar were the non-universal mechanisms: such as the codes of conduct for business (often under the auspices of the Organisation for Economic Co-operation and Development), and widely practised business concepts, such as Corporate Social Responsibility. Commonly practised, but informal (or unofficial) ideas such as “responsible reporting” or “responsible tourism” did not gain much support in Myanmar until more recently during the reform period of President Thein Sein.

The main state advocate for democracy is the United States, which employs a number of institutions (mostly set up during Republican administrations) and considerable funding to achieve its objective of transferring democratic principles. Its main funding vehicle is the National Endowment for Democracy, set up in 1983 and receiving regular core funding from the US Congress. Another, Radio Free Asia (RFA), is a US-funded organisation, which began broadcasting in major Asian languages in September 1996 targeting countries that denied their citizens access to free press (it bears no relation to the organisation of the same name set up by the Central Intelligence Agency at the height of the Cold War.) RFA represents a fairly crude mechanism, which even its US critics say was ineffectual. Voice of America (VOA) broadcasts to Burma and online (in Burmese and English). VOA and RFA are both overseen by the Broadcasting Board of Governors, a State Department affiliate agency which is not especially transparent. Together they form part of the US Government’s ‘soft diplomacy’, and were part of the now defunct US Information Agency. The National Endowment for Democracy also established the Journal of Democracy in 1990 as a vehicle for specialised research and articles by established scholars (mainly from the United States) about democracy. From time to time, the journal carries quality articles on Myanmar (in English).

Outside Myanmar, innumerable organisations were set up to advocate for change. The Burmese monitored developments in Burma from outside the country and documented human rights abuses as well as political and military events. Specialist media groups such as The Irrawaddy, Mizzima News and Democratic Voice of Burma, each staffed by qualified and talented expatriate Burmese journalists, began reporting regularly on the repression being dealt out to Burmese citizens. These media groups evolved into highly professional and influential organisations, which eventually, after 2011, could contemplate setting up operations inside Myanmar.

All these activities received generous funding from official and private institutions in developed countries. The National Endowment for Democracy in the United States, and the Open Society Institutes of George Soros in particular, implemented extensive grant programs for outside groups engaged in effective pro-democracy activities that reached ordinary people, and for a few in-country groups. The value of their contributions rose steadily after 2010 and most of this funding in support of democracy was directed to non-government organisations, mainly civil society groups, including political parties.

One of the main constraints on the campaign for democracy in Myanmar before 2010 was, ironically, the sanctions adopted by the West, which prohibited assistance inside Myanmar and direct funding of government agencies. Even after 2011 one of the few Myanmar government organisations to receive international funding was the Union Election Commission that organised the “free and fair” 2015 elections, in which the National League for Democracy (NLD) won a sweeping majority. Had suitable recipients – government and non-government – not existed inside Myanmar, and not been functioning across the full spectrum of political society, such extensive and effective programs supporting democracy could not have been implemented satisfactorily in such a short period. The direct benefits in terms of spreading democratic norms to Myanmar would not have worked. 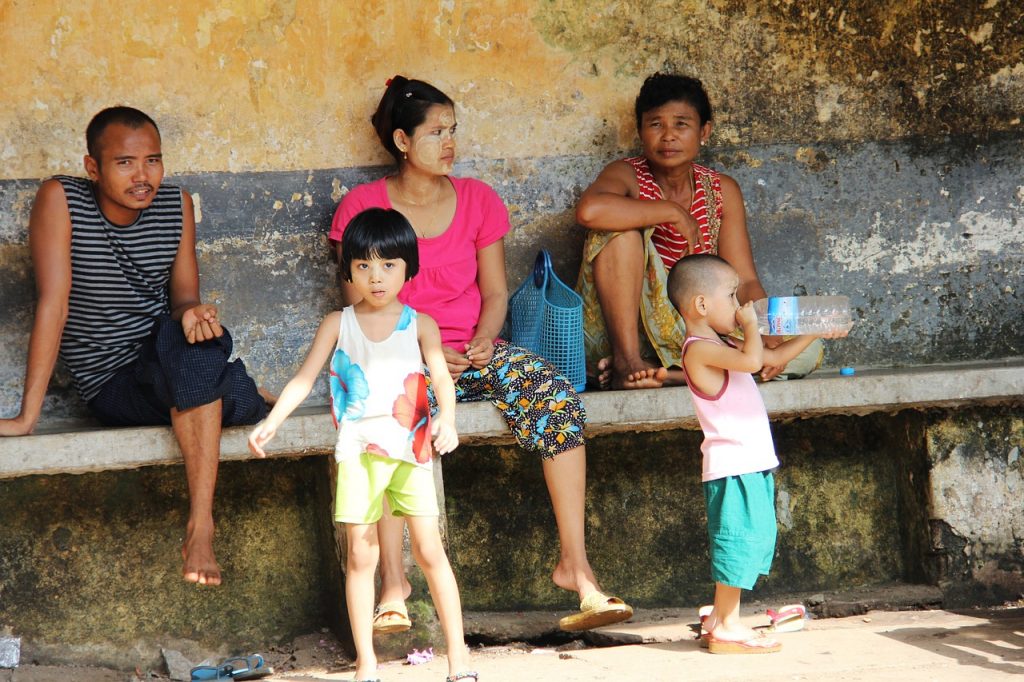 The important role of the media, including social media, as part of the enabling environment for the spread of democracy internationally and nationally, cannot be over-stated. This has been one of the early surprising positive results from Myanmar’s transition, following the Thein Sein Government’s lifting of print censorship in 2012.

International civil society groups can also be quite effective in helping the spread of democracy. Occasionally, democracy has been promoted through effective political relationships, for example, by the European Union, through various bilateral and regional arrangements such as ASEAN, and the Commonwealth of Nations, and through cross-border treaties. However, the effectiveness of such efforts depends on the political commitment this involves. In Myanmar’s case, ASEAN’s impact is not so impressive, partly because many ASEAN members are not especially “democratic”.

Myanmar is now said to be transitioning to democracy, and has taken some significant initial steps in that direction. In addition to the international democratising influence, domestic factors have been a major inspiration in this process.

Before 2010, the pro-democracy movement did not attach much priority to establishing or nourishing democratic institutions inside Myanmar, even though fairly effective authoritarian state controls up until that point would have made this very difficult to achieve in any meaningful way. Much of the public articulation of thinking about democracy inside Myanmar in recent decades can be traced to Aung San Suu Kyi’s own activities: her writings, her speeches (some while under detention), and various official statements she made as Chair or Spokesperson for the NLD. Despite the relentless political restrictions under which she lived for much of her life, her views have become extremely well known, and respected, among ordinary Burmese.

While the Myanmar Army played a role in opting for a “democratic” way forward for Myanmar, it did not spell out precisely how its tight authoritarian controls might be adapted. From the time the Army publicly canvassed the idea of “disciplined democracy” in the lead up to the 1990 elections, it notionally embraced the concept of “multi-party elections”, although it missed opportunities for further reforms. Thant Myint-U, a leading Myanmar intellectual has argued that, “Liberal democracy is the only sustainable form of government for a country as culturally and ethnically diverse as Burma, but we need to start from the way things are.” However, other scholars have identified attitudinal problems in Myanmar that pose a challenge to the establishment of democracy. Ian Holliday also outlines obstacles to democratic transition in his 2011 Burma Redux, while recognising its historical roots.

In recent times, the weakness of some UN bodies in the protection of human rights has affected the overall prospects for democratisation around the world. Moreover, the non-mandatory UN General Assembly resolutions on Myanmar, adopted annually since 1991 and strongly supported by both OECD member countries and the pro-democracy movement, did not really help matters inside Myanmar where they were largely ignored in practice. In the case of Myanmar, such an exaggerated and highly prescriptive approach was not a successful strategy for the international community.

Judging by the enthusiasm of grass-roots campaigns inside Myanmar for workers’ rights, land rights, collective community rights regarding the environment, and individual legal rights since 2011, there seems to be a hunger for democracy that exceeds what international campaigners might envisage. This may be evidence of ordinary Myanmar people embracing democracy instinctively and intuitively, rather than under direction. But it in turn poses the question as to how amenable will such movements be to suggestions they should exercise restraint, tolerance, and obey the law. For Myanmar, only time will tell.