Why ASEAN’s drug-free dream is failing

ASEAN aims to create a drug-free region, but practical realities point to the fact that the strategies are failing

Big increases in drug seizures in the region and the sheer size of the drug market make ASEAN’s war on drugs seem futile and absurd, argues Gloria Lai.

Opening a meeting of the Association of Southeast Asian Nations (ASEAN) on the region’s drug control policy on 24 August 2015, Singapore’s Second Minister for Home Affairs and Foreign Affairs urged his counterparts to continue the fight against drugs to achieve a drug-free region—the vision of ASEAN’s drug strategy since 1998.

The drastic increases in drug seizures over recent years, particularly methamphetamine pills and crystalline methamphetamine (commonly known in Australia as ‘ice’) combined with the fact that Southeast Asia is the largest market for amphetamine-type stimulants (ATS) in the world, makes the pursuit of a drug-free ASEAN seem futile and absurd.

Such absurdity could perhaps be dismissed if it did not result in extensive human rights abuses and violations committed in the name of drug control. These range from compulsory detention and denial of life-saving health services for people who use drugs, to deprivation of livelihoods for subsistence farmers engaged in illicit opium cultivation, to severely disproportionate penalties including the execution of people involved in trafficking drugs. But sadly it happens. Such absurdity might even be tolerated if the strategies adopted in striving to eradicate the region of drugs were remotely achievable. But with continuously expanding and diversifying drug markets in the region, they are not.

In striving to achieve a drug-free region, ASEAN member states have focused their policy objectives solely on eradicating drug markets, that is, the use and supply of drugs.  To achieve that objective, resources are allocated primarily to public security and law enforcement agencies to carry out measures such as raids to arrest people using, dealing or producing drugs, seizures of trafficked drugs, and forced eradication of crops deemed illicit. Success is measured by the numbers of people arrested, volumes of seized drugs or hectares of eradicated crops, and numbers of people entering rehabilitation for drug use. But increasing arrests, seizures and numbers of people entering rehabilitation are not evidence of shrinking drug markets, and more likely indicate growing rates of supply and use of drugs. More importantly, these measurements cannot show the extent to which improved outcomes have been achieved for public health, human security and development.

The objectives of the international drug control treaties which governments have committed to comply with are to ensure the health and welfare of mankind. Yet in ASEAN policy-making processes relating to drugs, it is still taboo to even debate the impacts and consequences of drug policies affecting the health and welfare of mankind, such as the human rights abuses and violations referred to above.

In his opening remarks, the Singaporean minister appeared to acknowledge problems resulting from existing drug policies, such as overcrowded prisons, which the International Drug Policy Consortium discussed in its advocacy note released this month. The advocacy note reports available data showing significant increases in drug-related arrests during the implementation of the current ASEAN drug strategy, and high rates of prison overcrowding in most ASEAN countries. 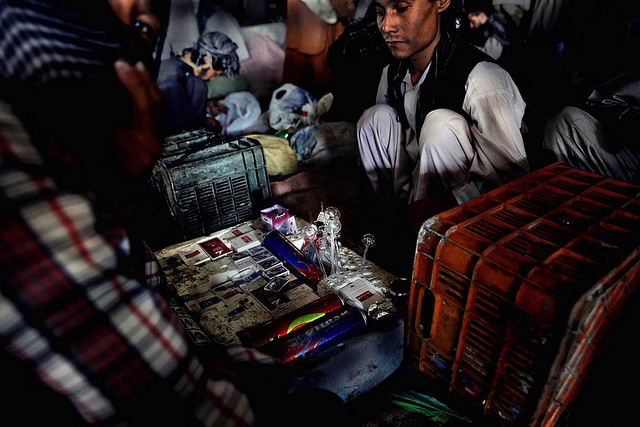 However, the minister nevertheless urged ASEAN member states to avoid being influenced by reforms taking place in other regions of the world, including those seeking to reduce overcrowded prisons and reliance on law enforcement measures – for example the de-penalisation of low-level, nonviolent drug offences in the US and the decriminalisation of drug use in Portugal. He gave no reason for shunning considerations of reform — an inexplicable stance given the utter lack of evidence on the effectiveness of ASEAN’s existing drug strategy in achieving its stated objective of eradicating drug markets.

While reforms to prohibitionist and punitive drug policies are a sensitive prospect for many governments around the world, some ASEAN governments display an extreme aversion to even the suggestion of reform.

Opportunities to face those fears lie in the development of the post-2015 ASEAN drug strategy and at the UN General Assembly Special Session on the world drug problem to be held in New York on 19 – 21 April 2016.

Failure to seize those opportunities means continuing to put the health, welfare and development of ASEAN citizens at risk, for the sake of perpetuating a futile, absurd and damaging drug-free vision.

Gloria Lai is the Regional Director of Asia for the International Drug Policy Consortium (IDPC). Based in Thailand, she leads IDPC’s Asia regional program. She previously worked as a senior policy advisor on law enforcement and drugs, and as a lawyer, for the Australian Government.